Pics of minis with Truxarossa kits.

TwistedKreation   +1y
I'm kinda surprised no one has really mentioned them before. Love'em or hate'em let's see some old pics of them!

lucky_brew   +1y
ive got some pics and mags of them... give me a day or two and ill get em posted. if i dont post just pm me and remind me.

oh, there is a dude on here that (i think) still has one.

also, peep craigslist, ive seen 5 or 6 for sale across the u.s. on there.

TwistedKreation   +1y
Cool thanks lucky I knew you would be one of the first to respond. Yeah I'll pm you on here or myspace about it in a couple.

stickboy   +1y
this dude has a mazda with a truxarossa kit on it and was trying to sell it someone made it a permanent convertable and dude wanted like thousands of dollars for it, thought it was gold or something. the kit was busted up, and the interior sucked, and it didnt run, it had some steam roller spoke in the back, and skinny wheels that didnt match up front. i told the dude i would give him 200 bucks tops and he started cusing me out and told me he had a 1000 dollars in to just the kit, i laughed at him and went on about my buisness, 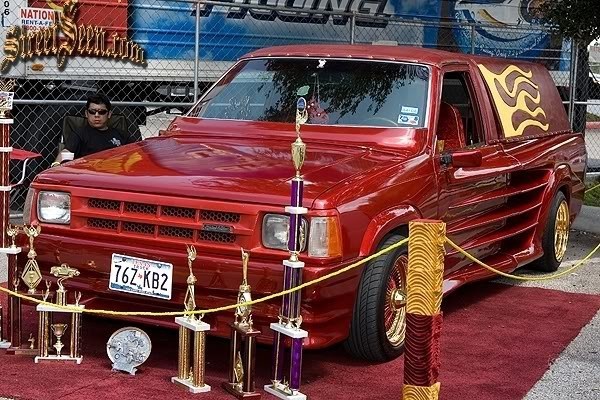 astrowoody75   +1y
what did you do mark re-paint it? that trucks been around for over 10 years, if you reach under the top vent there is a big cut out so you can open it withe the door handle...

Yeah, that truck is definately old school... they're getting the interior redone on it, or just had it redone. There's a shop past Oconnor RD. where they do custom upholstery, and they have that truck in their portfolio/album.


Here is one from a thread I was watching in hopes it would be updated.&nbsp; No luck so far &nbsp;&nbsp;Here is the entire thread:&nbsp; Thread of Truxarossa rebuild&nbsp; 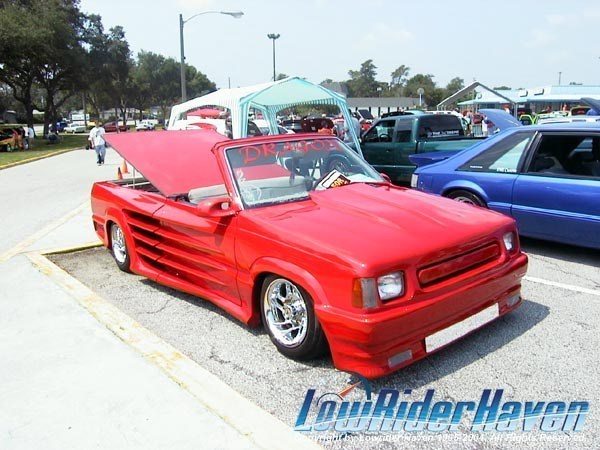 SOMEBODY ON HERE FOUND ME A MAZDA KIT AT A JUNK YARD UP NORTH , BUT HE NEVER GOT BACK WITH ME , I WANT TO BUILD AN OLD SCHOOL SO DAMN BAD !
Page 1 of 6