bodydropped85   +1y
how much did he want for it? did jody say anything about gettin back in the game?

bodydropped85   +1y
i just read that article, best dam ibeam bag how to i have ever seen. of course, wheel size wasnt a concern back then LOL.

I have a 87 that is completely taken apart. We were going to SFBD it with a 302, but the orginal owner turned into a complete flake. You want to come get it Colby?

MY LITTLE BROTHER WILL BE INTERESTED!!!I WILL GIVE YOU A SHOUT WHEN I HEAD UP THAT WAY!

dcapello   +1y
this thread is awesome!

That's probably my favorite Ranger ever.

This was the truck that got me into minitrucks. This belonged to a guy named Adam Cupp from Lansing Michigan who worked at Skory Autosound back when my dad was part owner in the early '90's. It's the only pic I have of it, but he later yanked the ground fx, and had it static dropped stupid low in the pre-air bag era. I was 13 years old or so and I was hooked. I can still picture him pulling it into the installation bay, dragging over the slight hump to get into the bay, and seeing an early MiniTruckin' mag layin in the passenger seat.

I've been a sucker for square body rangers ever since. 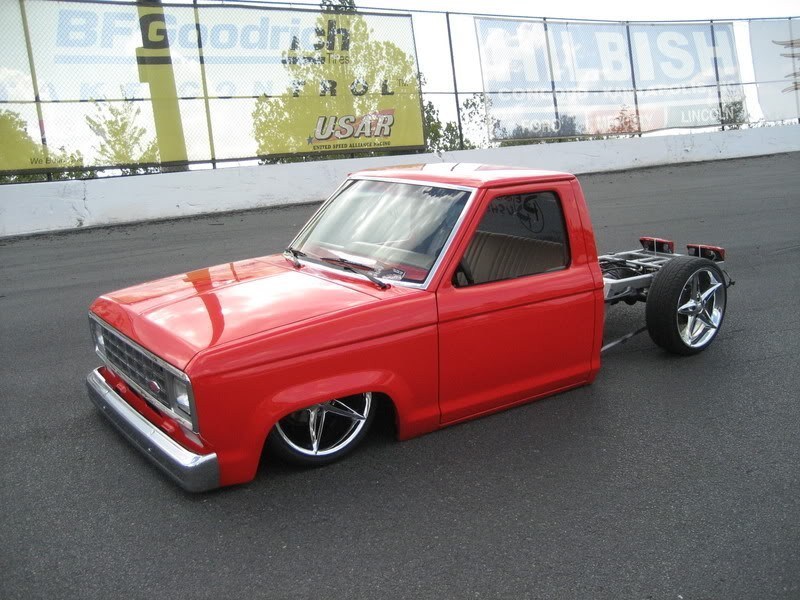 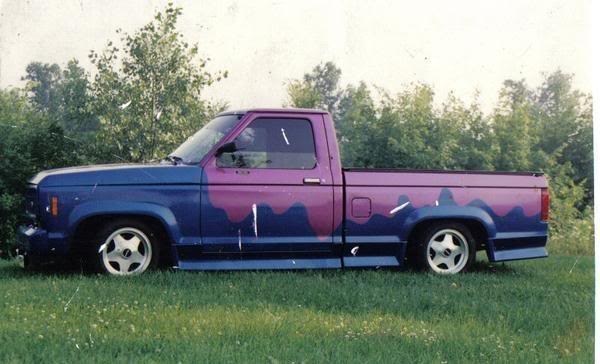 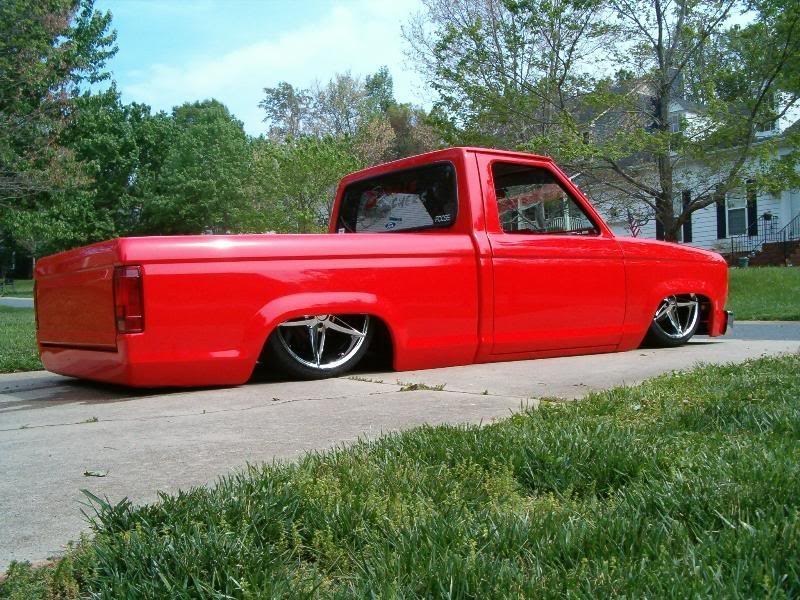 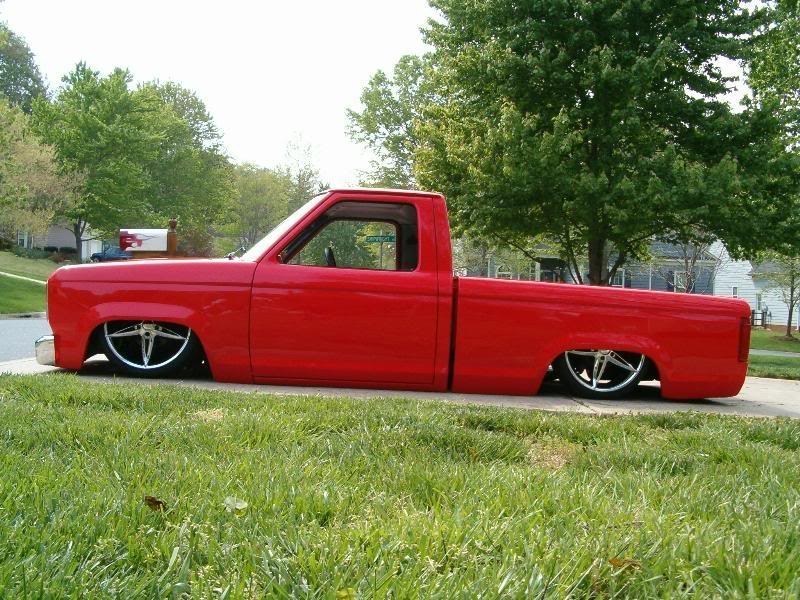 i will build one someday 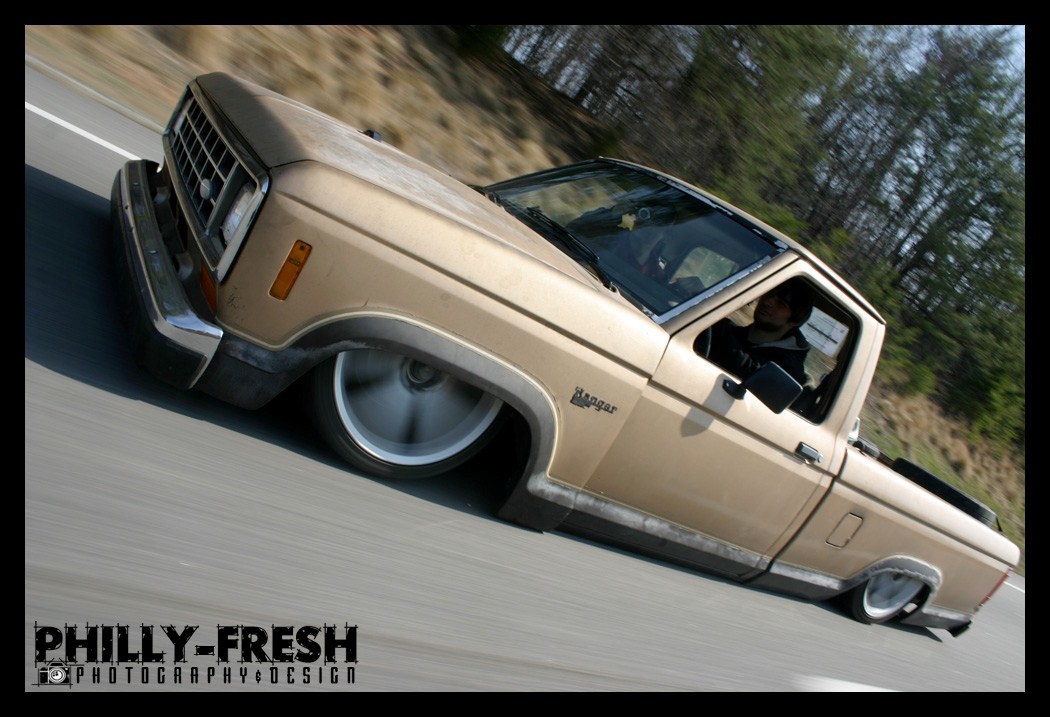 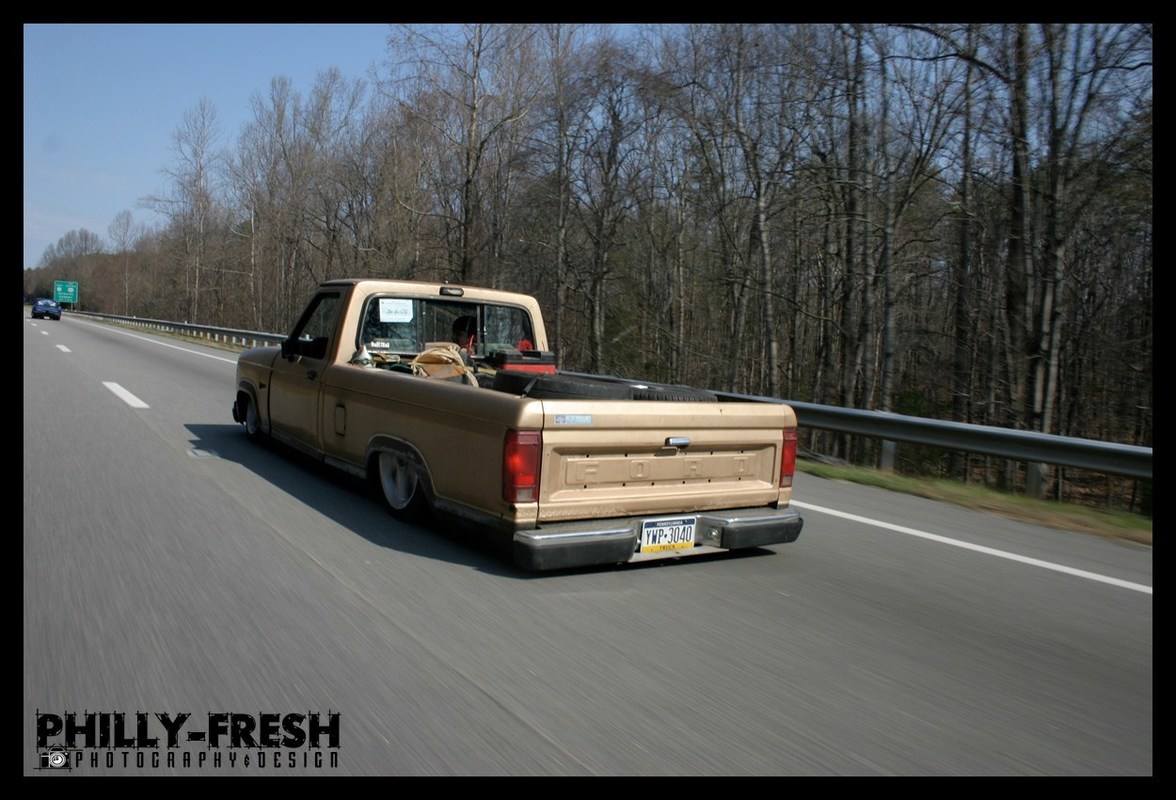 slammedxonair   +1y
close enough haha the B2 is in between lol front clips are all interchangeable.
Page 4 of 13