okay this is a how-to on how to swap out your old tired ticking hydraulic lifters to the wonderful adjustable quite solid lifters. 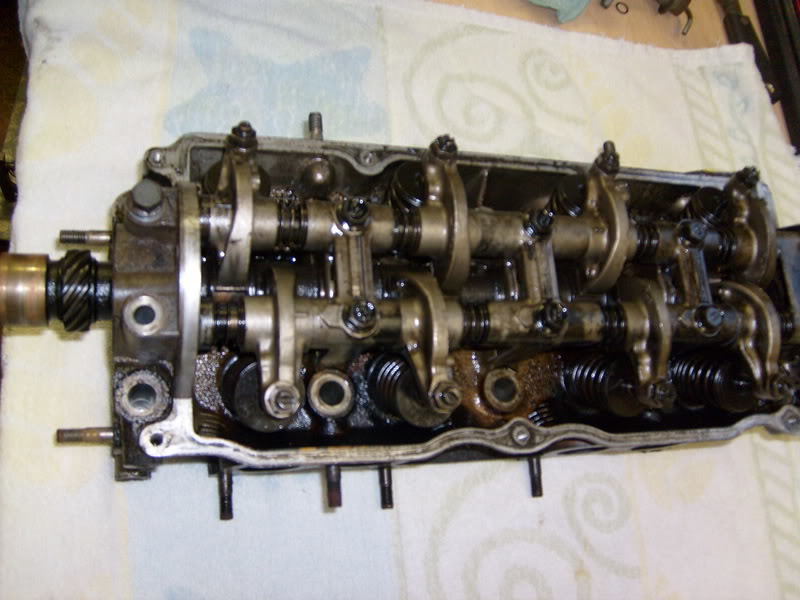 2nd step. pull the rocker arm assembly off and lay it to the side 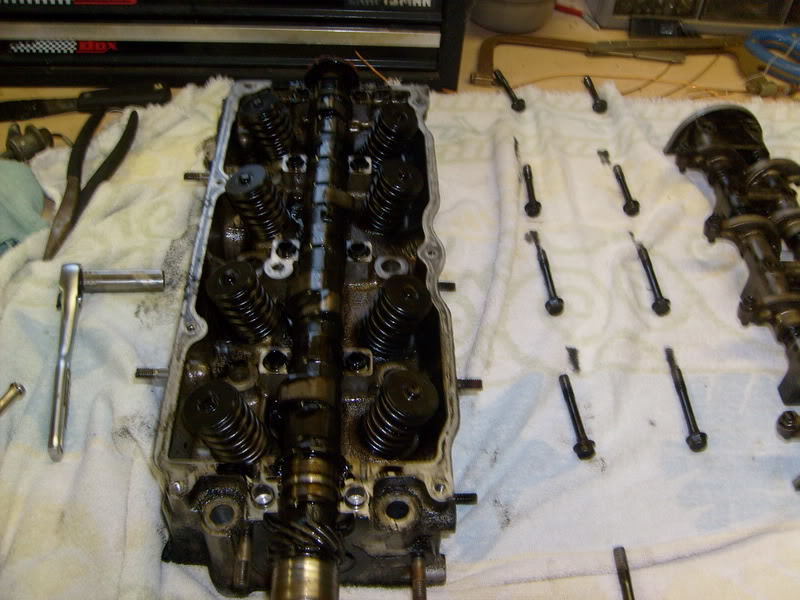 3rd step. pull out the cam. 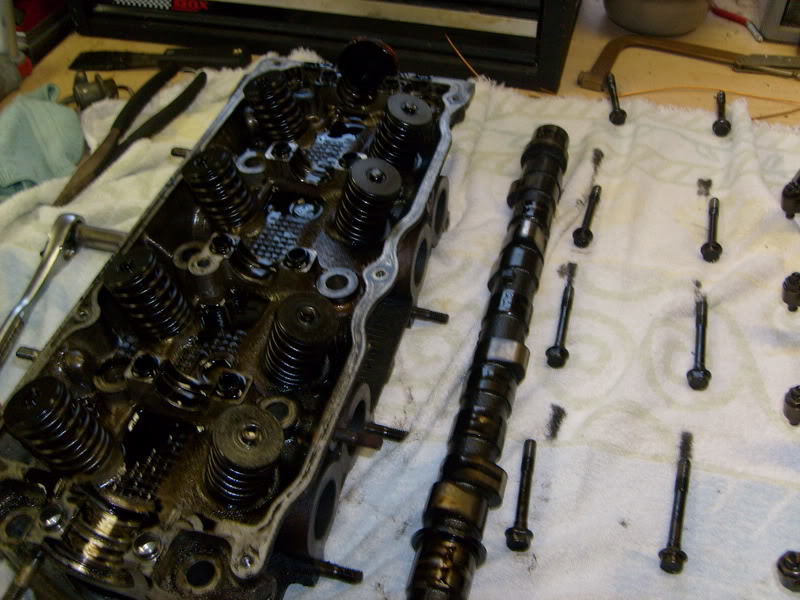 4th step. inspect the cam and rockers for gouges or deep scratches or things not suitable to put in your engine 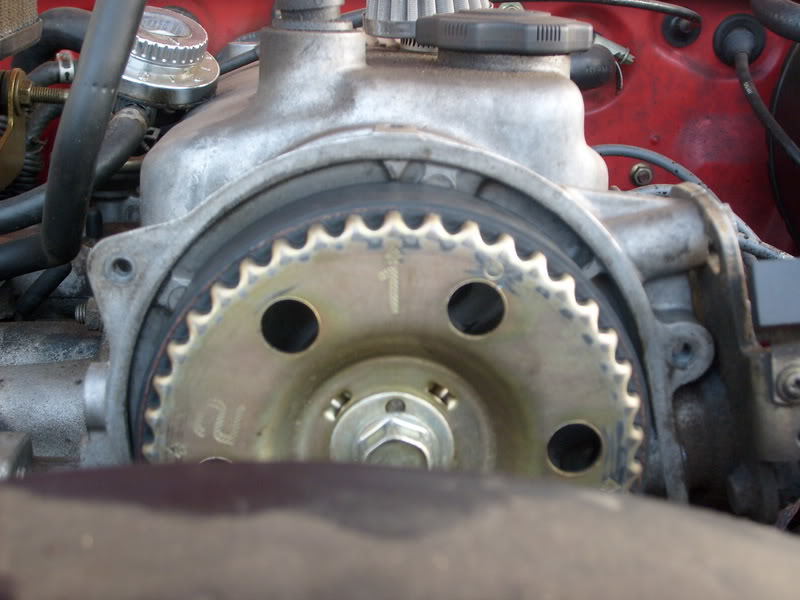 5th step. go out to your 2200 engine and make sure your engine's number one cylinder is sitting at top dead center. 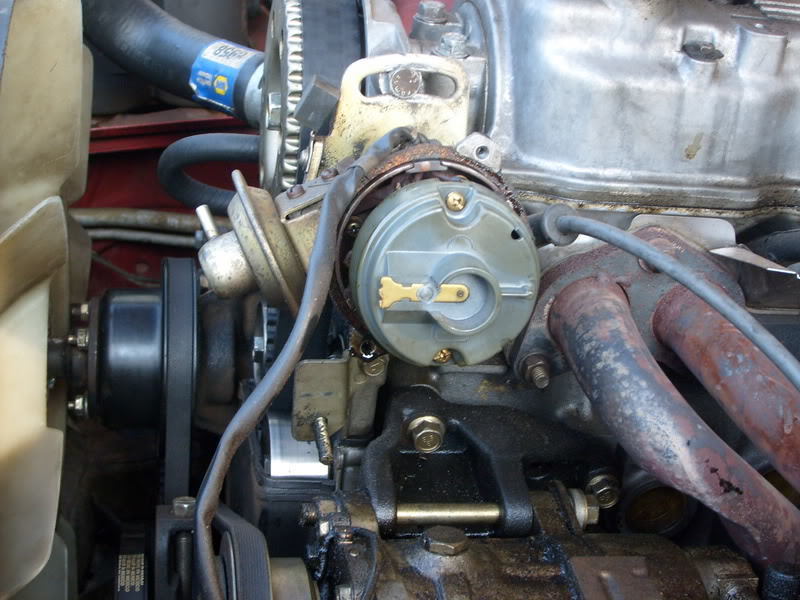 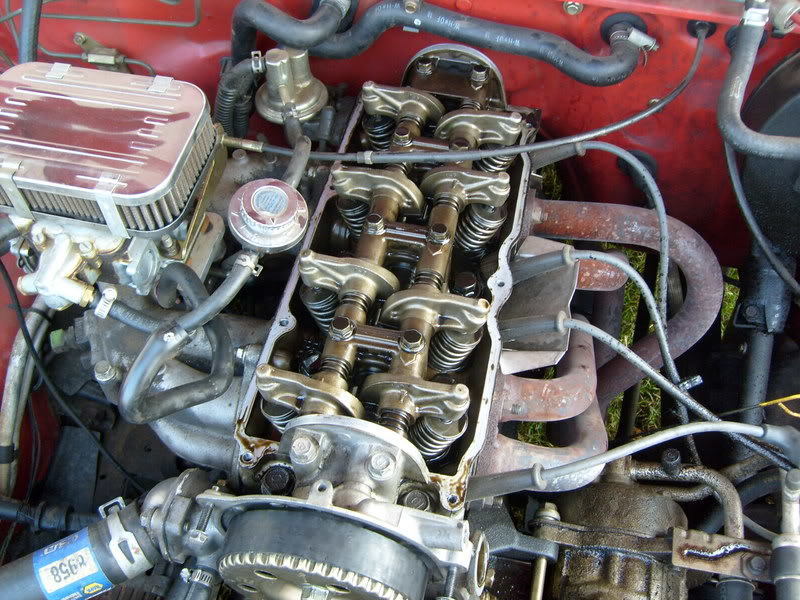 7th step. pull your timing belt off lay it to the side. pull the timing gear off of the cam and unbolt the front housing on the head. 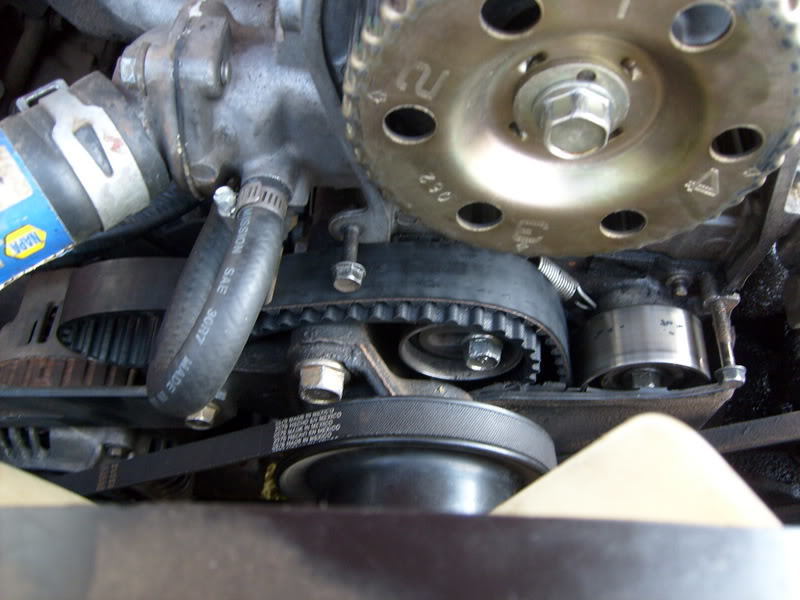 8th step. pull your rocker arm assembly off and cam out. may be a small pain if you have a mechanical fuel pump. but should roll right out. 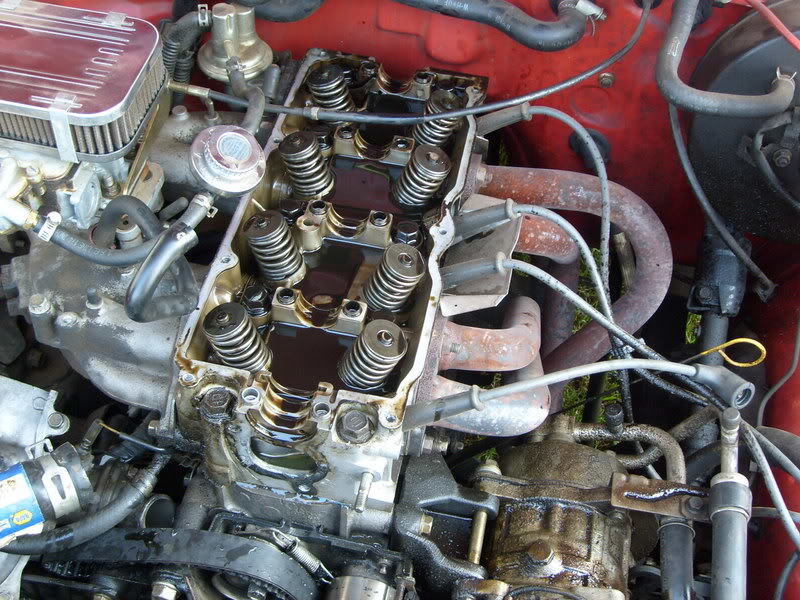 9th step. take the rocker arm assembly in and lay it on the work bench beside the solid assembly. in picture solid on left and hydro on right. 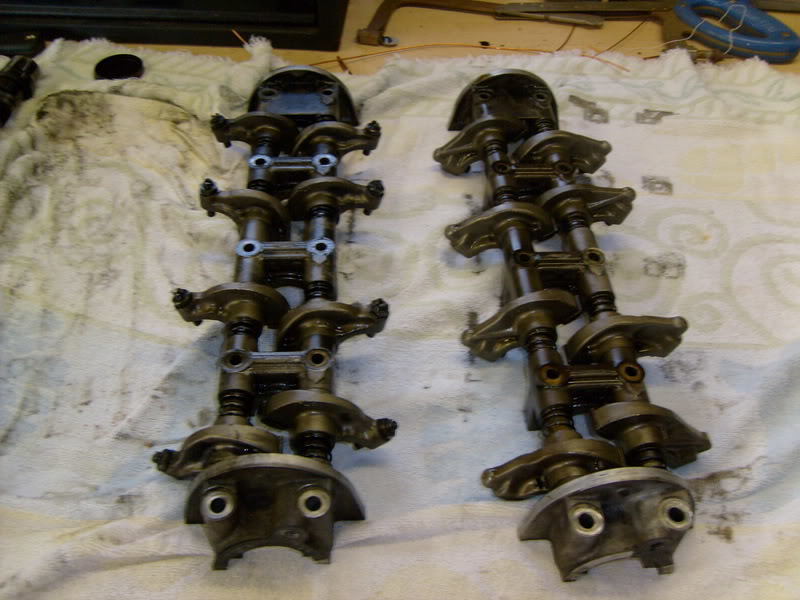 10th step. carefully disassemble the solid assembly and lay it out exactly the way you took it apart. very important you don't mess the order up 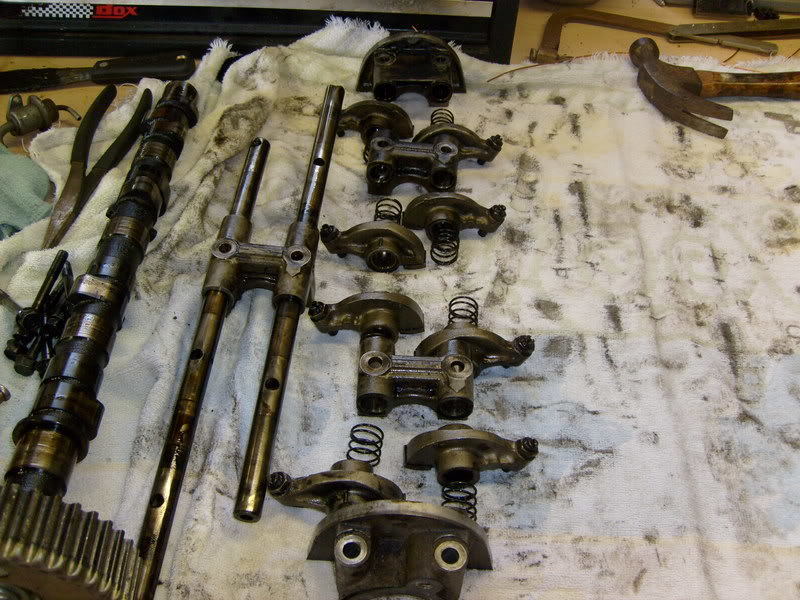 11th step. do the same for the hydro setup

12th step. carefully swich the solid rockers with the hydro rockers one at a time. until all of the solid rockers are in order with the caps you took off of the b2200 head. this is important because the caps were machined to fit that head and need to go back the way they came off. 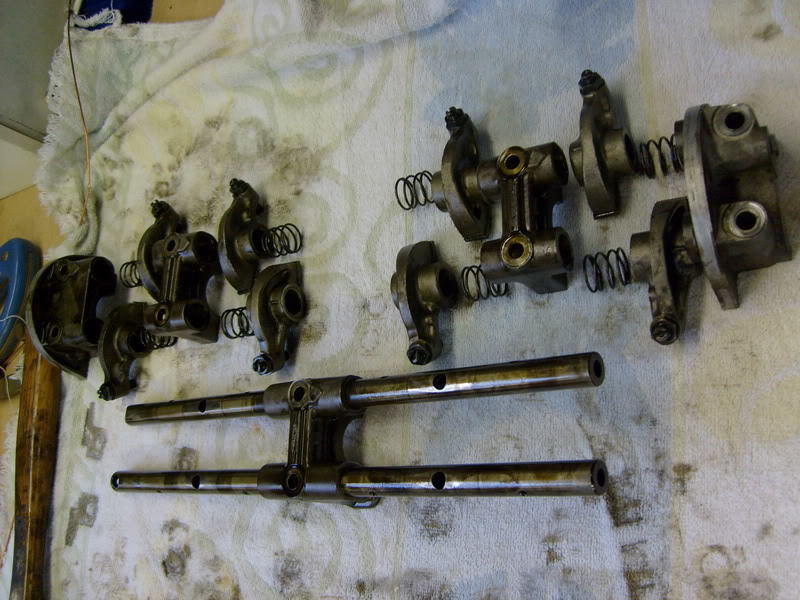 13th step. put the assembly back together. making sure that the holes in the slides are lined up with the caps. 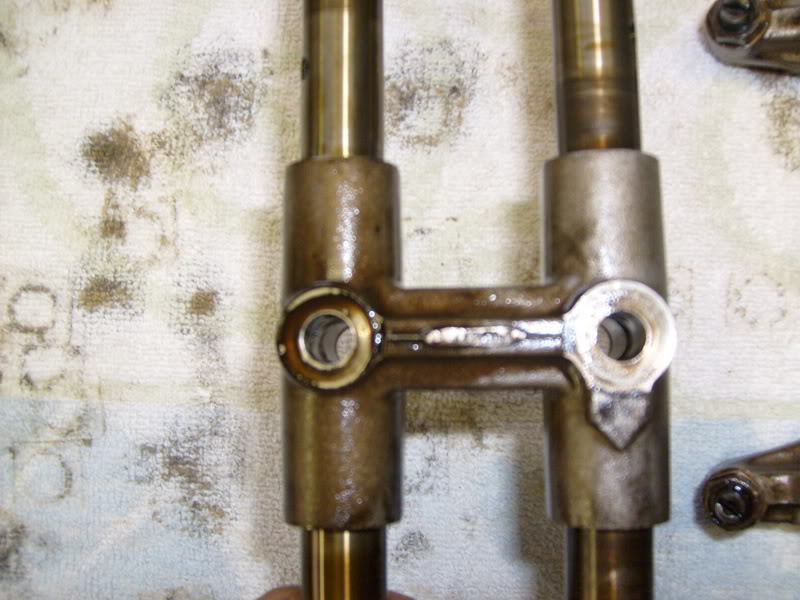 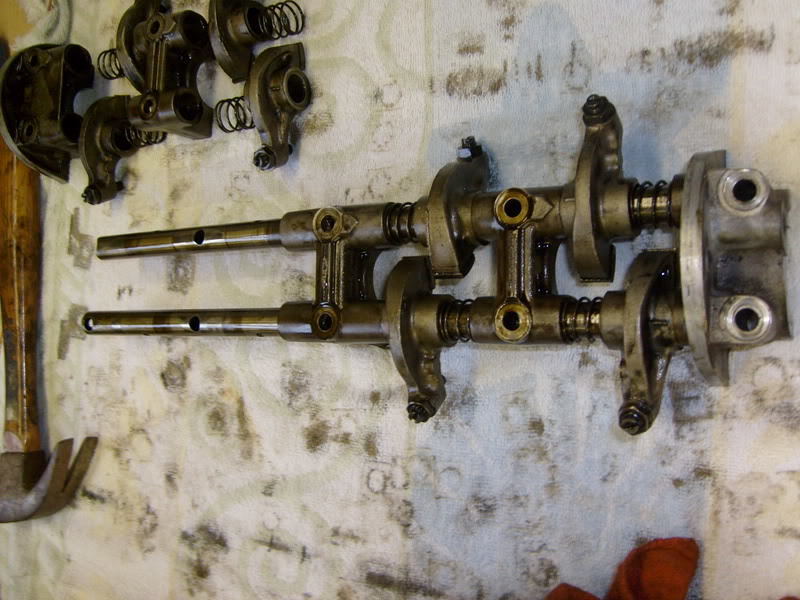 14th step. trace out the gasket that goes between the rocker arm assembly/head and the front housing. the reason i say this is because you cant buy it as a single gasket even through mazda. you can go the local parts store have them pull out a headgasket set pull the gasket out and trace it on a piece of cardboard. 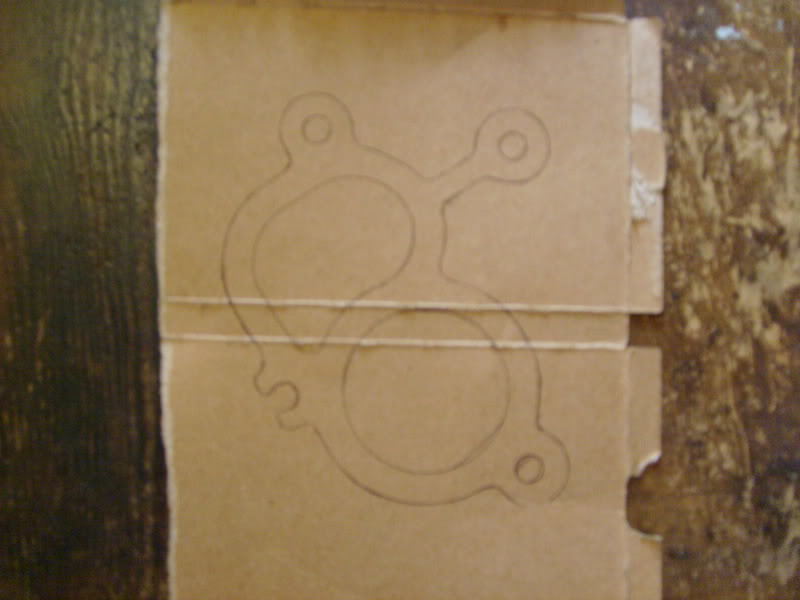 15th step. cut it out exactly the way its traced and lay it on some rubberized fiber that you can pick up at the parts store while your there. trace it out and cut it out. this is now the new gasket. you may want to make a few of them because they tear easily. i got mine for like 5 bucks, and now have plenty left over. 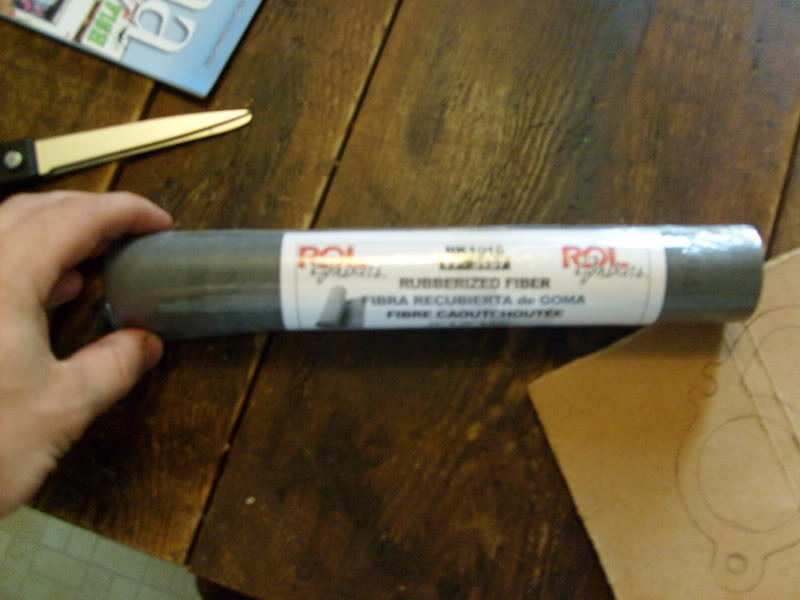 16th step. now install the cam, gasket, front housing, rocker assembly, exactly the way you took it off. i have more pics of the installation but camera is messing up.

this was my first time doing this so if there is anything i missed or you have any more tips that will help feel free to post it up so everyone can do it the best way.

lofosho86   +1y
thats pretty damn good.what are the advantages of doing this?how long did it take you?

pont   +1y
When I done mine it took me a couple hours (took a few breaks) one thing I did not see there is what Cam you used. cause there is a difference in the B2000 and B2200 cams. the b2000 cam has more a run up for the solid lifters than the b2200 you can use ether cam there duration and lift is the same. but the B2200 cam will have a small tick that is hard to keep out. trust me I used the b2200 cam and it has always had a small tick. not as bad as the hydor lifters but it is there

dropped90(justin)   +1y
oh yeh sorry. i used the b2000 cam. i figured if was goin through all that work then i wanted no tick at all. and they say the b2200 cams wear a little faster with the solid lifters. so pont you have done this conversion before is this how-to a pretty good base for someone to use. this is the first how-to that i've put together

maztang (ryan)   +1y
i just installed a 2.0 head on my 2.2 block. i did that because i warped the head due to it overheating. but one advantage i have noticed other than the tick is that it seems like i have a hp gain. she gets up and moves a little quicker.

pont   +1y
yes a very good one I would add the info about the cams just to finish it off and tell them to use the 2.2 front plate not the 2.0 there is a small difference

dropped90(justin)   +1y
i didnt know there was a difference but if you say there is than im not goin to argue with it. as for the horsepower gain i dont see it from swapping the heads if they are both good heads because they are the same head with same lift and duration. you may have seen this gain due to having a cracked head

pont   +1y
The cams are not different as in how they make the motor run. The lift and duration is the same. The solid lifter cam (b2000) has more of a run up so the lifters stay held down better. the hydro ones used the HLA to do that

dropped90(justin)   +1y
i really thought this would get a little more attention.


yeah, i am sure it was just that damn 2.2 head that i had. it wasn't right from day 1. i ended up replacing ever single helicoil on it except the sparkplug helicoils. the company i bought it from really got me on it. before i bought it i asked them if they put new or rebuilt lifters on them. they said new. then i got it in and got my engine together and it wouldn't stop ticking. so i called them back and they told me the truth. so i had to spend another 100 bucks on lifters. jerks. won't ever deal with them again. and the only thing i didn't like when i got my 2.0 head was that they got paint in the oil galley and they didn't install one of the 2 dollar freeze plugs. so i had to special order the freeze plug and wait another couple days to actually install the head. but the 2.0 head on a 2.2 block is a great upgrade in my opinion.
Page 1 of 4