Ok. . Here we go. . First off, you get your compressor. . Sanden compressors are the best to use for air compressors because they can withstand higher pressure. . You can do this swap without converting it to run on grease but the steps are a little different so you'd have to check out a seperate write up for that info. . .

I got a Sanden 708 off of a b2200. . It has the ear style mounts as opposed to the straight through styl mounts on some 708s. . Such as the ones on b2600is. . . I took the compressor apart and drained all the old oil out. . . Then I cleaned all the parts in gasoline to strip all oil residue off of them. . You must make sure all the oil is out! ! ! It will break down the grease and the compressor will fail. . 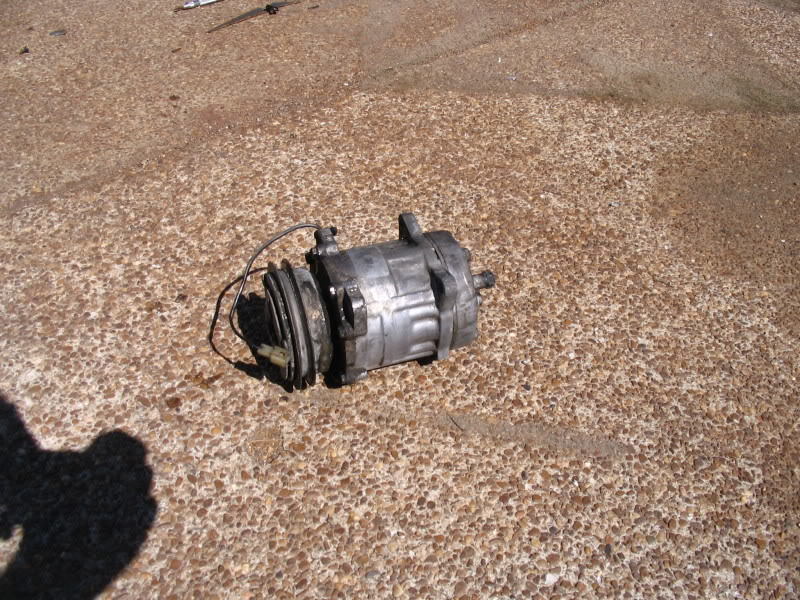 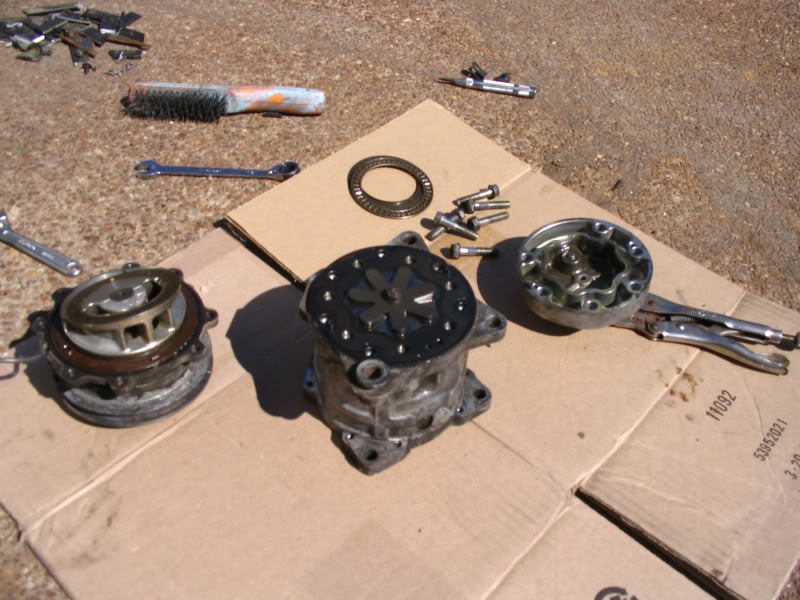 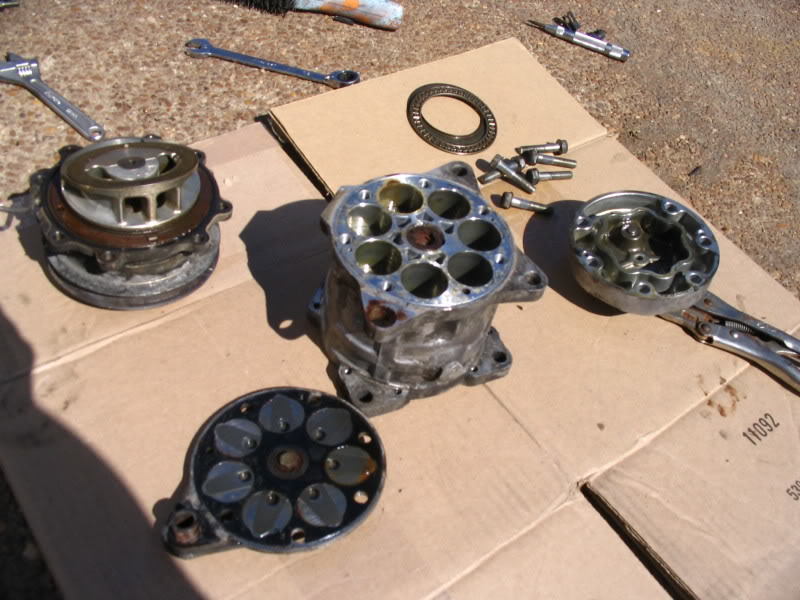 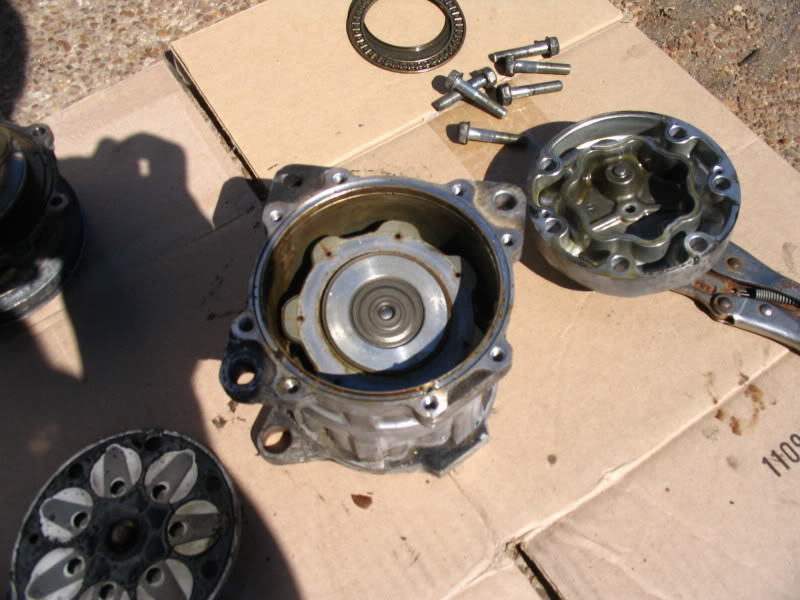 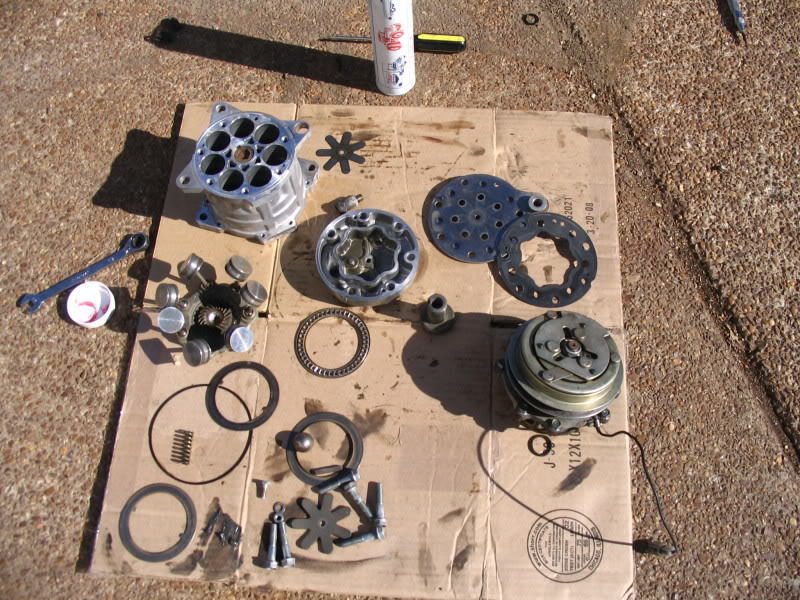 Take care when seperating the valve plate from the main block. . make sure to not mess up the gasket. . There is a small tube that you have to remove that goes from the crankcase to the swash plate, which is the rear of the compressor. . You have to grab that tube and wiggle it out, and then you must tap the hole and put a set screw in it. . You want to seal the crank case off from the swash plate as good as possible. . You can see in the picture where I am pointing at the hole you have to tap. . I tapped it with a 1/4&quot; thread tap . . and used a small slug screw to seal it up. . I put Permatex thread seal that I got from AutoZone. . I love that stuff. . it seals EVERY TIME. . unlike teflon tape. . and i don't even know if teflon tape would withstand the heat from the air pump. . . You also have to drill and tap the hole on the back of the compressor. . I tapped em to 3/8&quot; pipe thread. . I had a hard time findin a fitting for the output. . because the hardline wasnt the same thread like I thought. . . But I found a fitting for it. . 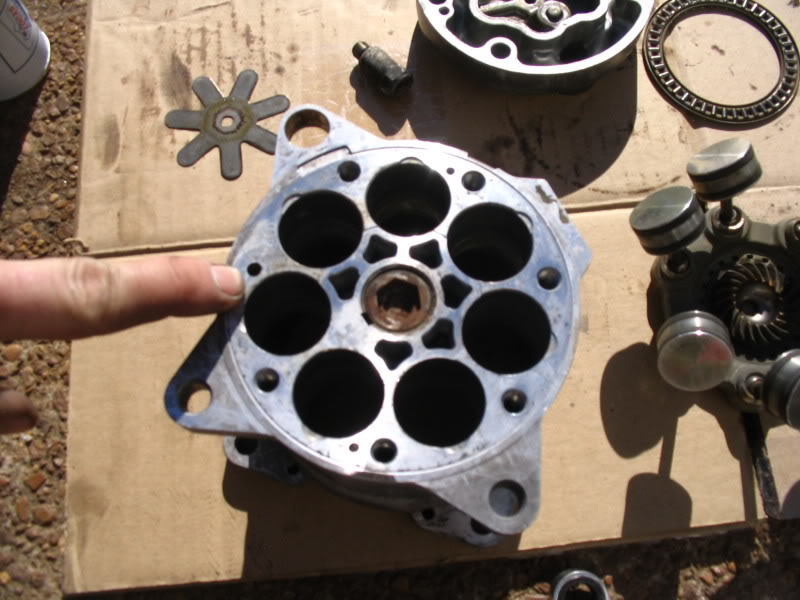 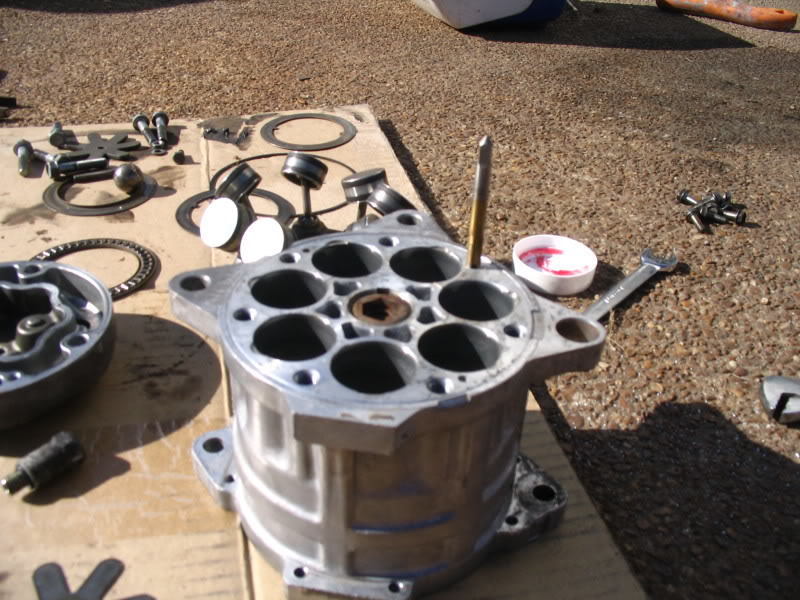 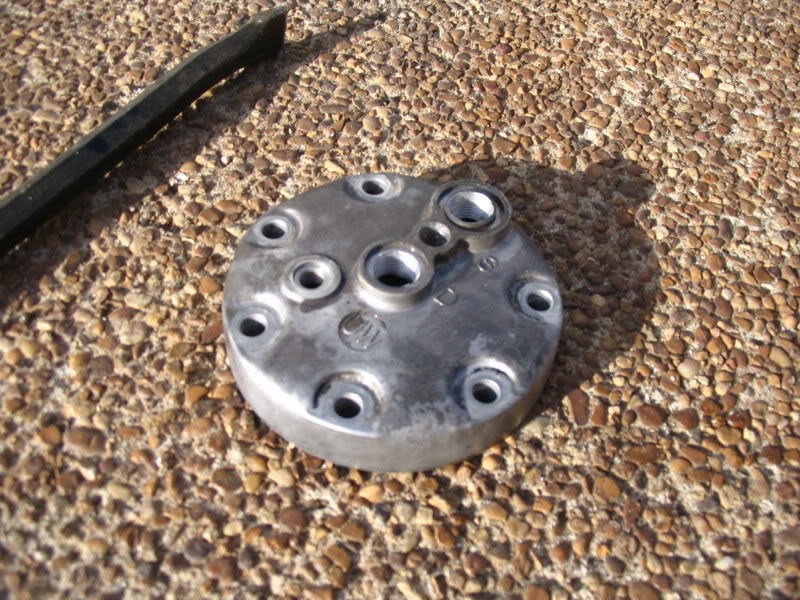 Once all the parts are stripped of oil, you have to re-lube everything really good. . . You need to use a high performance, high temperature, high pressure grease. . . I used the Lucas Red n Tacky grease that I got from AutoZone. . . Make sure to grease everything in the crankcase side really good. . Thats where all the moving parts are. . I put a little grease on the swash plate side but not too much. . . Grease the wobble plate really good and carefully maneuver it back in to the block. . . This part is the hardest part of the whole swap/conversion. . But take your time. . It'll go back in! ! Then put a good bit of grease in the crankcase. . I put probably 6-8 oz in jus to be safe. . . It seems like alot but you gotta think about how much its movin in there. . . then reassemble it. . 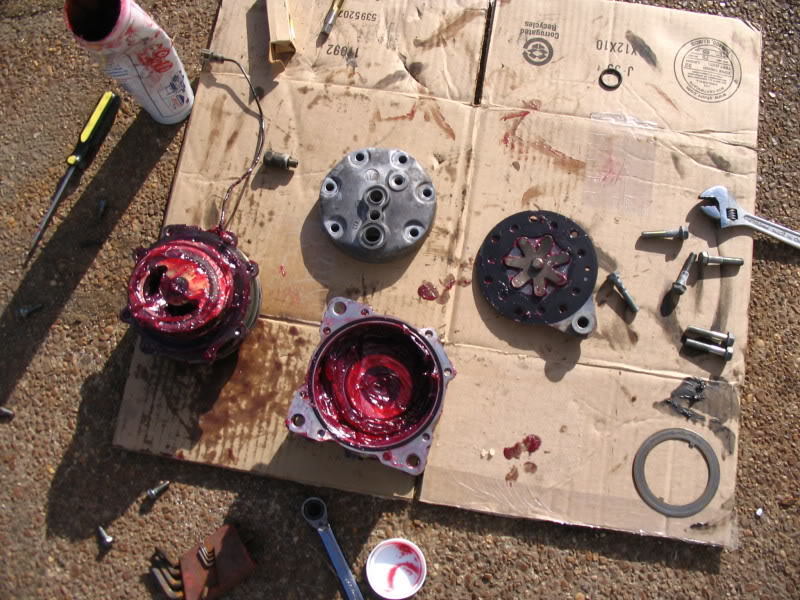 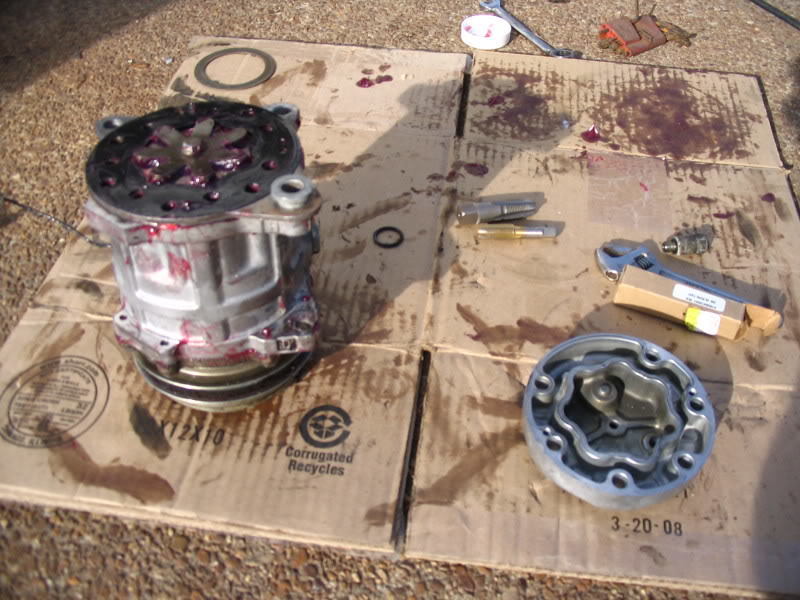 Then you have to mount it. . I installed it on my 92 Isuzu Pup, but the same concept applys for any truck. . Luckily I had the bracket on top where the smog pump used to be that the previous owner had removed. . So I bolted it to that. . And used 2 eyelet bolts and a coupler as the tensioner. . 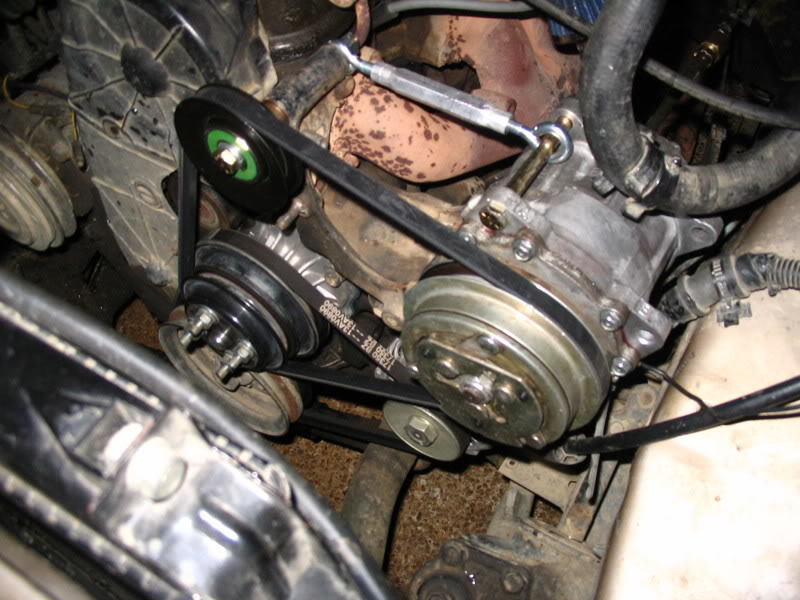 The lines are next. . They are labeled on the rear of the compressor. . S for suction, or intake. . D for discharge, or output. . For the intake , I used a small cone filter that you can get from AutoZone, and some fittings. . . And the output, I bought some 3/8&quot; brake line from AutoZone. . And I also installed a check valve inline so the pressure won't leak back out the compresor. . And also an oil/water seperator is necessary. . it'll push a lil grease through initially but then it jus pushes a little residual grease. . . And as long as you don't run way too much pressure, it should last you a long time. . I was runnin 250-300 psi with my first one and I burnt it up. . . It could handle it, but the grease couldn't. . . And I didnt think to regrease it, so it burnt up. . I used Green Grease from AutoZone with that compressor. . . Now I'm usin the Lucas grease. . . It has been holdin up jus fine so far. . . I have been runnin it 3-4 weeks as of right now. . 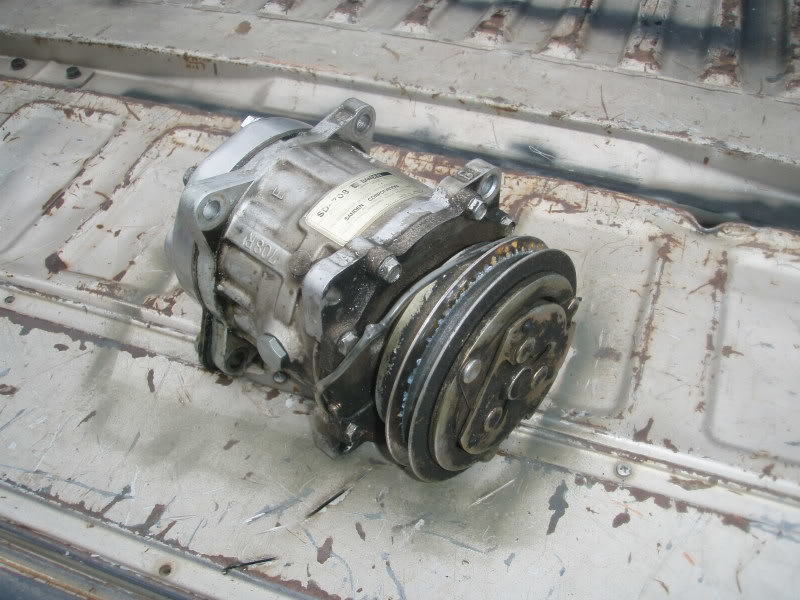 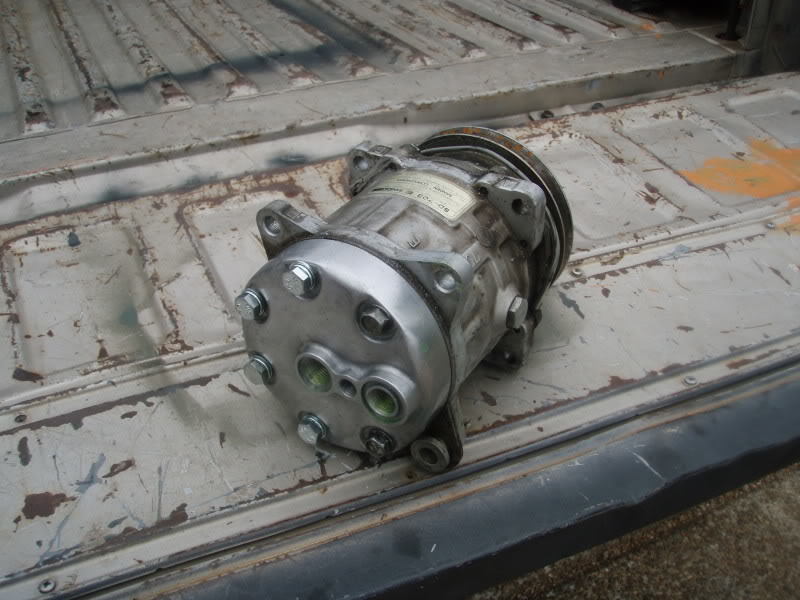 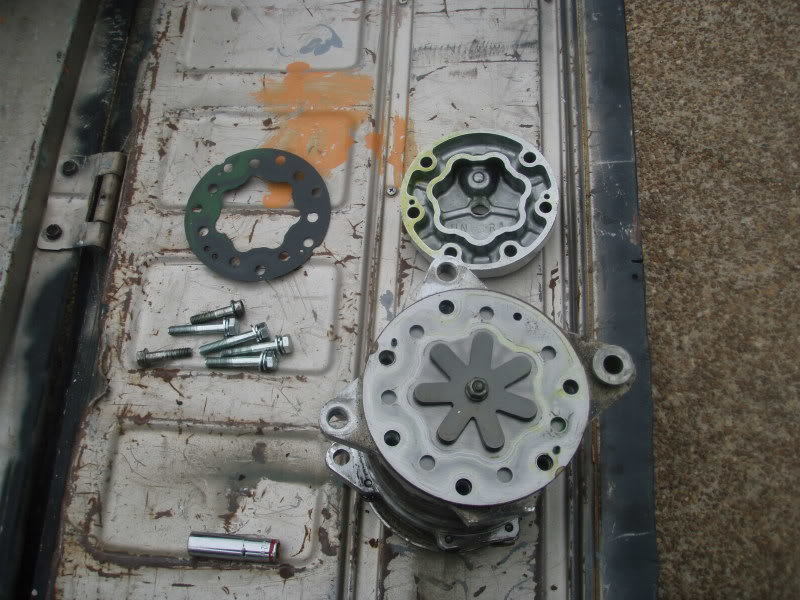 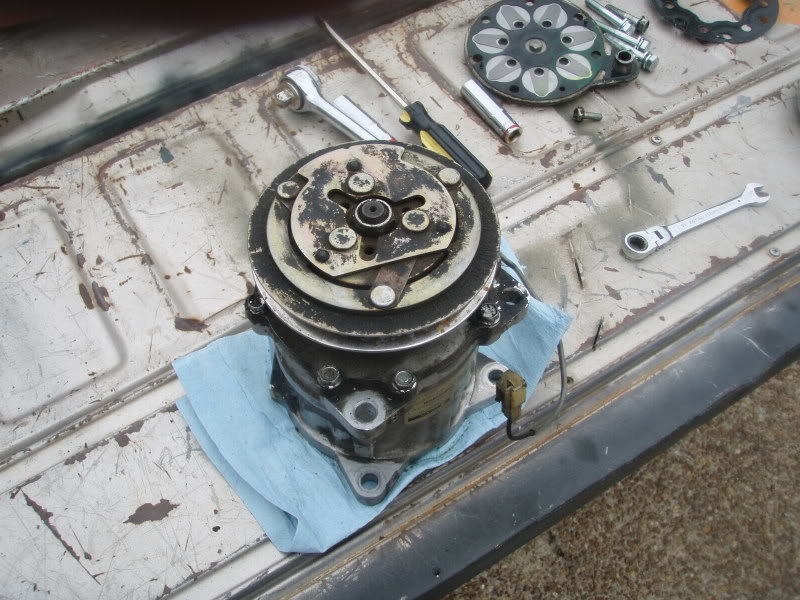 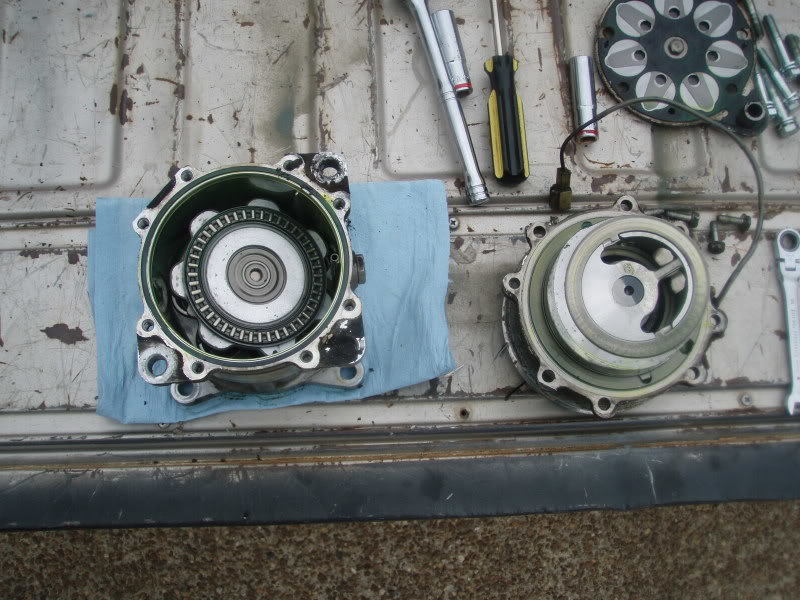 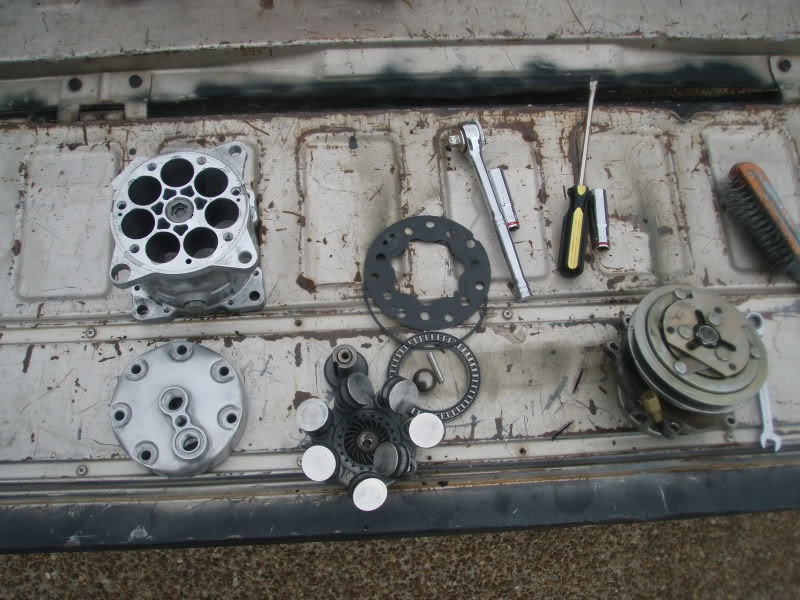 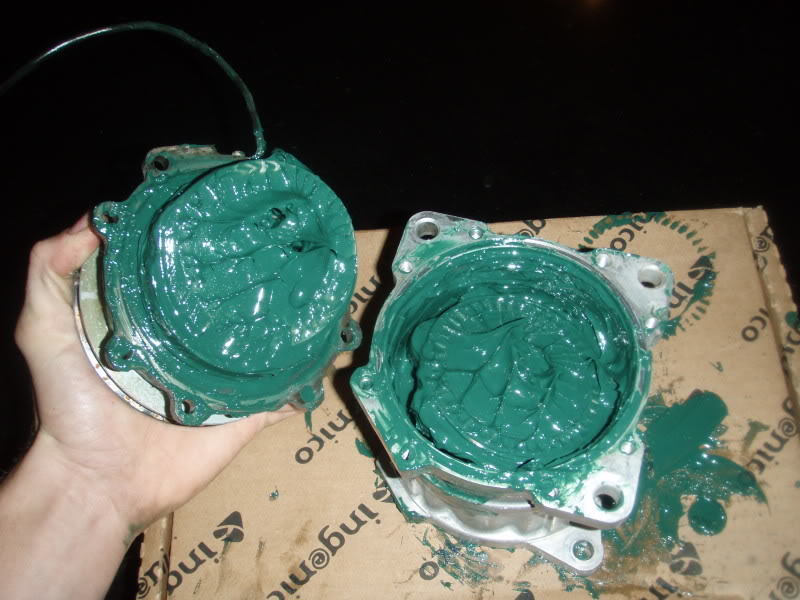 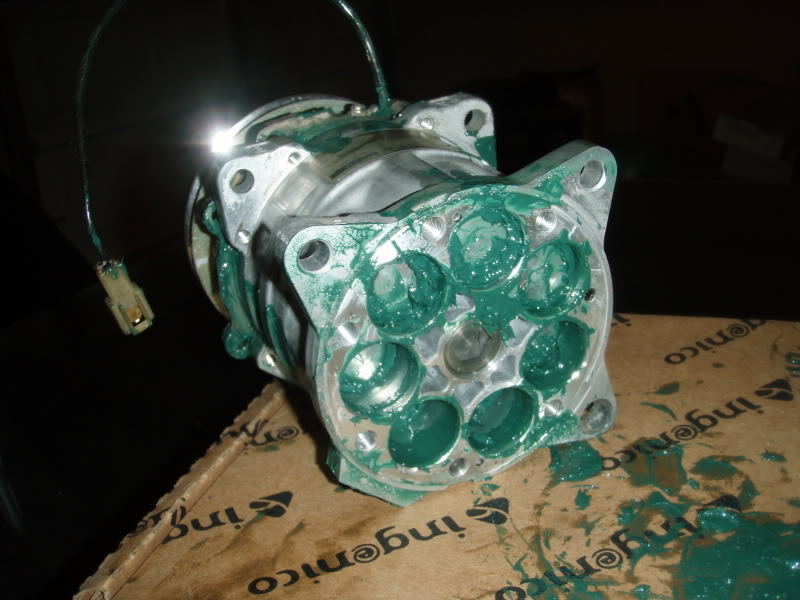 And the finished product. . Waitin to ship back to Andrew. . . 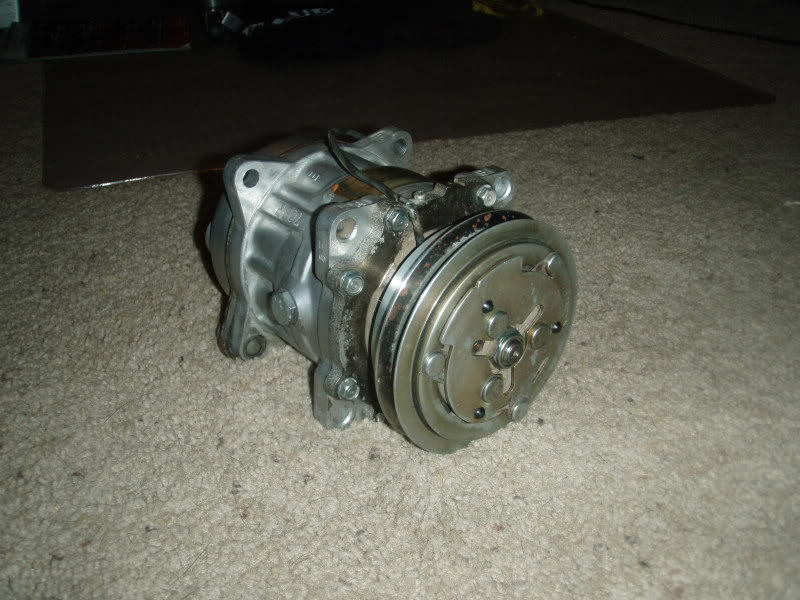 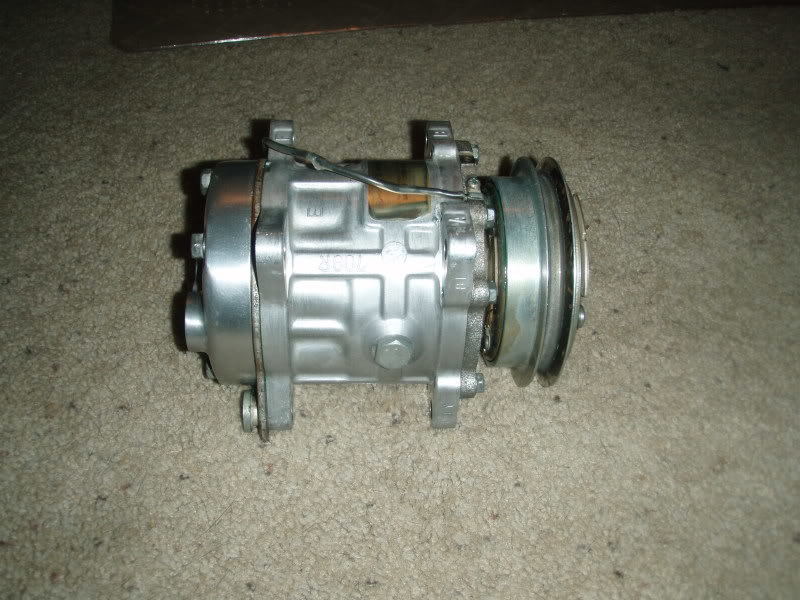 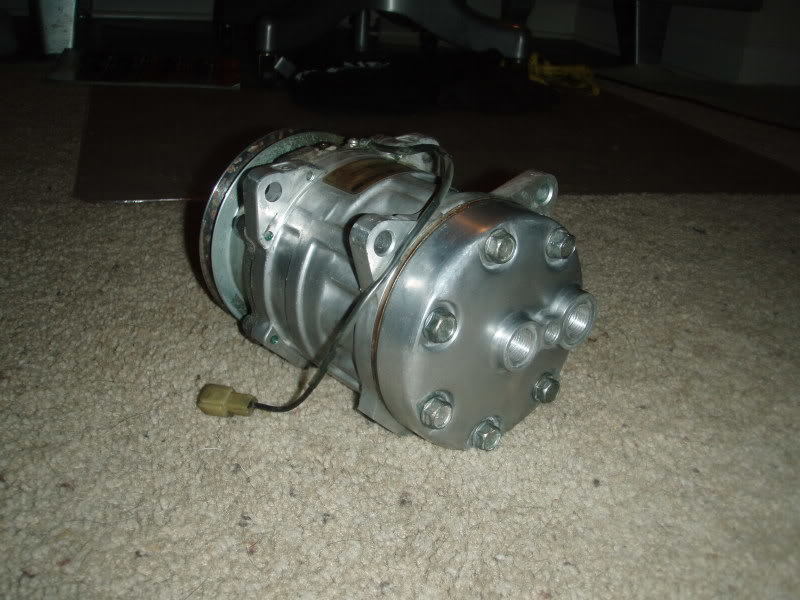