On my Cab Plus 1988, passenger bucket seat lever to slide seat forward just snapped off, see photo and scroll to the right (plastic cover is removed for clarity). 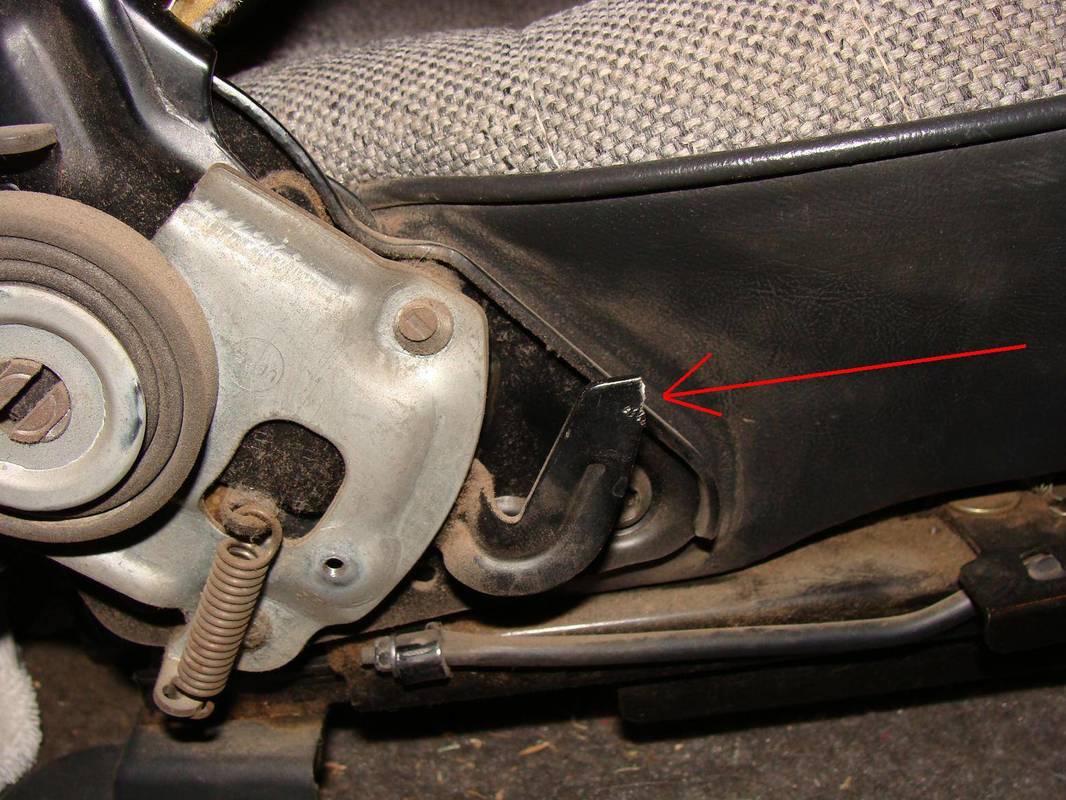 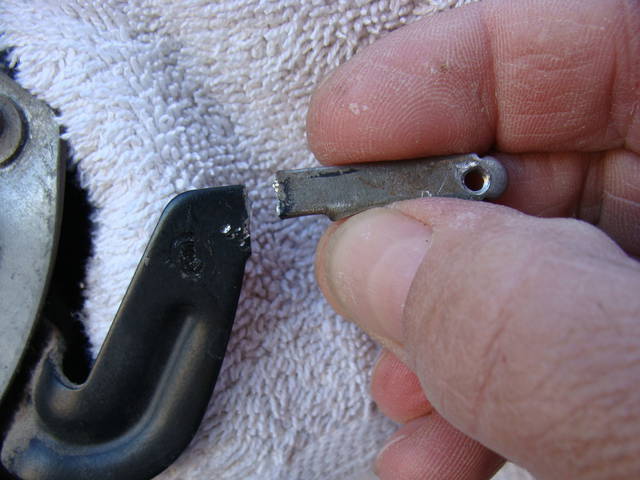 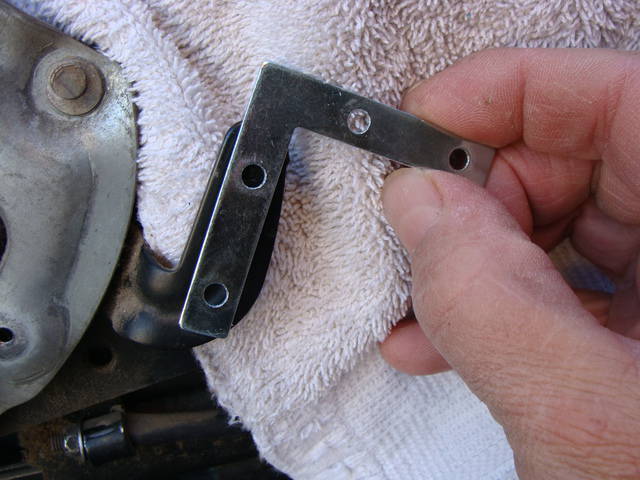 I ground down the one &quot;arm&quot; a little to fit into the gray plastic handle, and tapped it in. 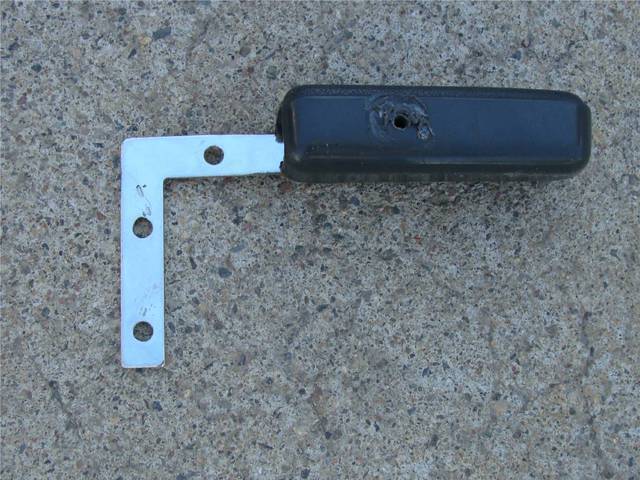 Holding up against the broken part 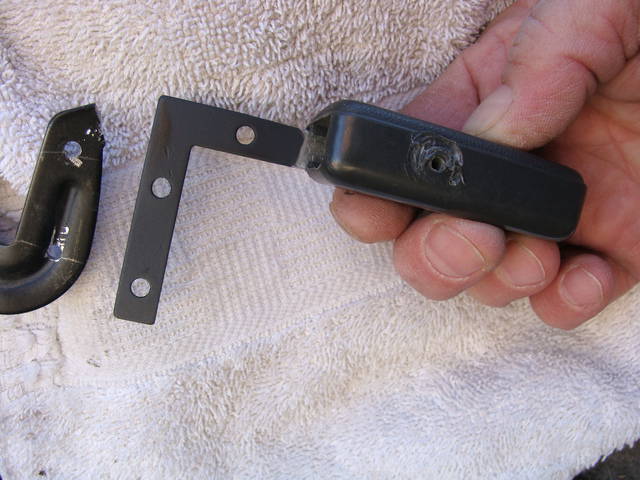 I slid the gray cover on before installing the rivets because I already had the gray plastic handle tapped on. Photo with the two 1/8 inch steel rivets in place but not squeezed tight yet. 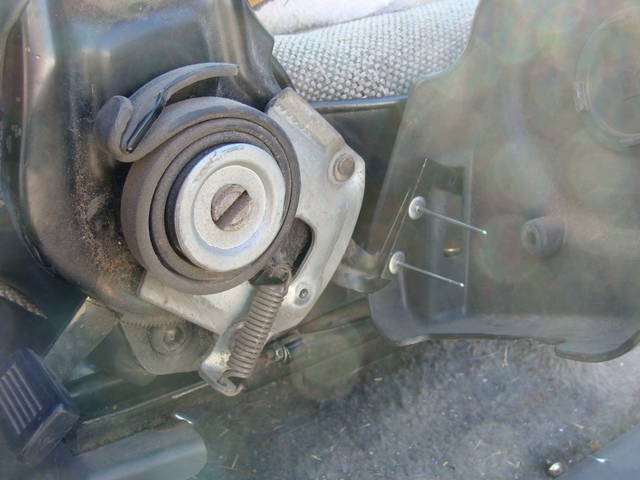 Photo after installing the rivets 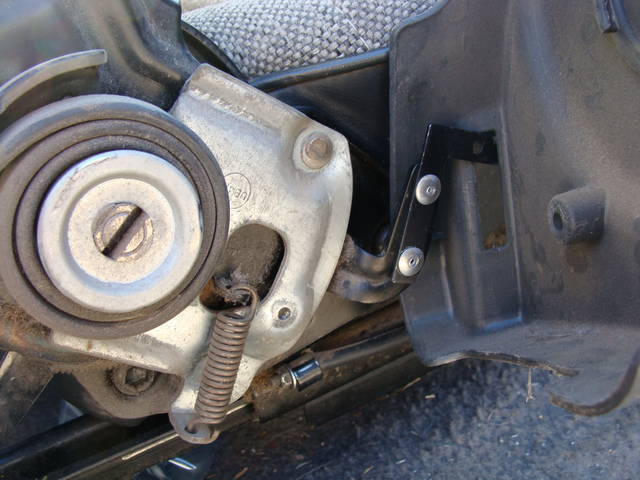 I painted the rivet heads, and here's the final result. 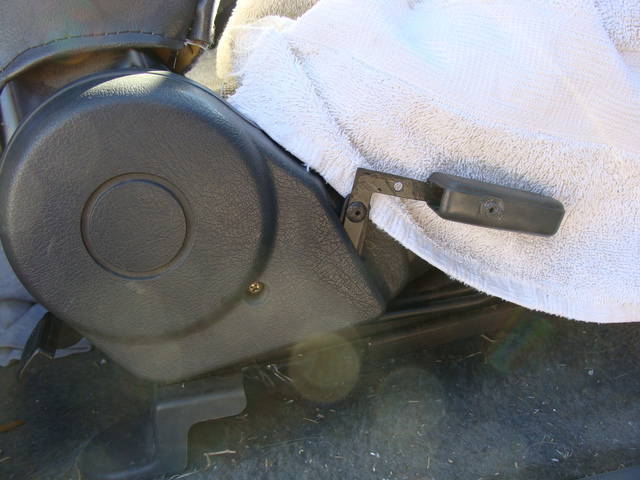 **********************
Later, I added a second L-bracket, the single L-bracket was bending occasionally, and needed to be reinforced. So now there's two L-brackets riveted to that part of the seat bracket instead of one. It looks almost exactly the same.

Earl says we have to upload pictures:

axel breaker earl   +1y
Yeah, that's right! Pictures or you didn't do it!!

Looks like the extra bracket helped a lot. Good job Cusser!
Page 1 of 1