OK, this is my fuel sender replacement thread. I cleaned/bent mine a few years to restore its operation, and it became intermittent again. So Mrs. Cusser bought me a factory sending unit from board sponsor Dan Atkins ( &quot; target=&quot;_blank) for my birthday (and Dan and his mother even included a birthday card, thanks !!!).
OK, mine's a 1988 B2200 Cab Plus; there are different sending units for the various models so provide Dan with your VIN. 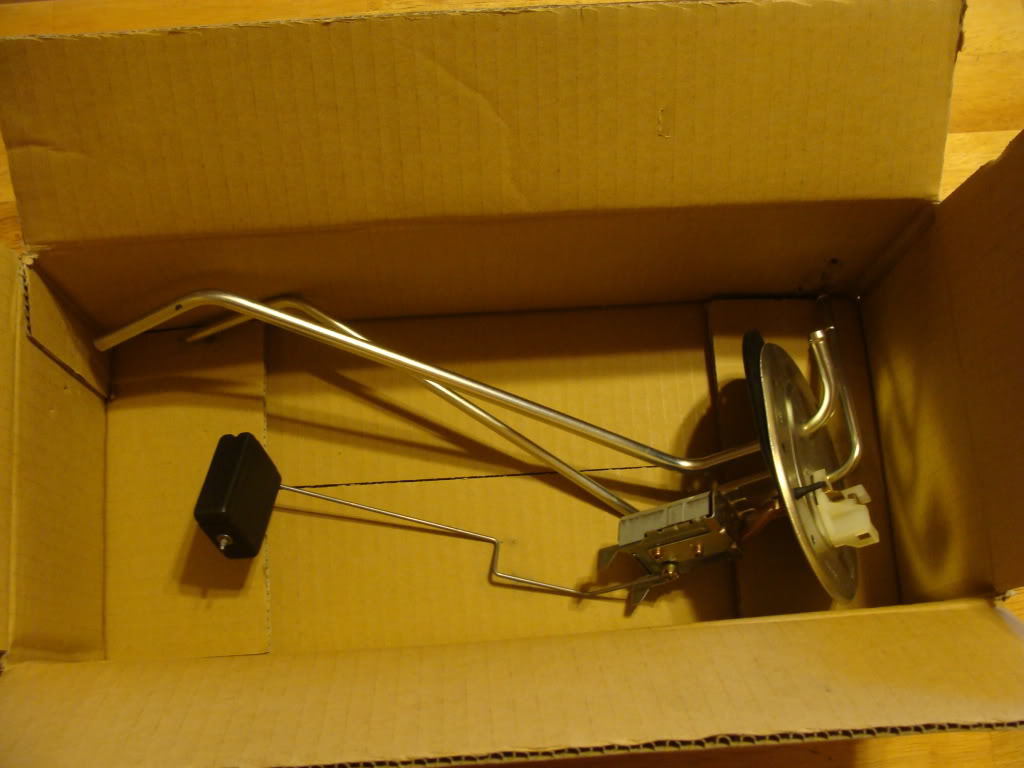 Disconnect cable release and pull rearward through the hole, and loosen the cable clamps on the hoses that connect on the metal fuel filler. 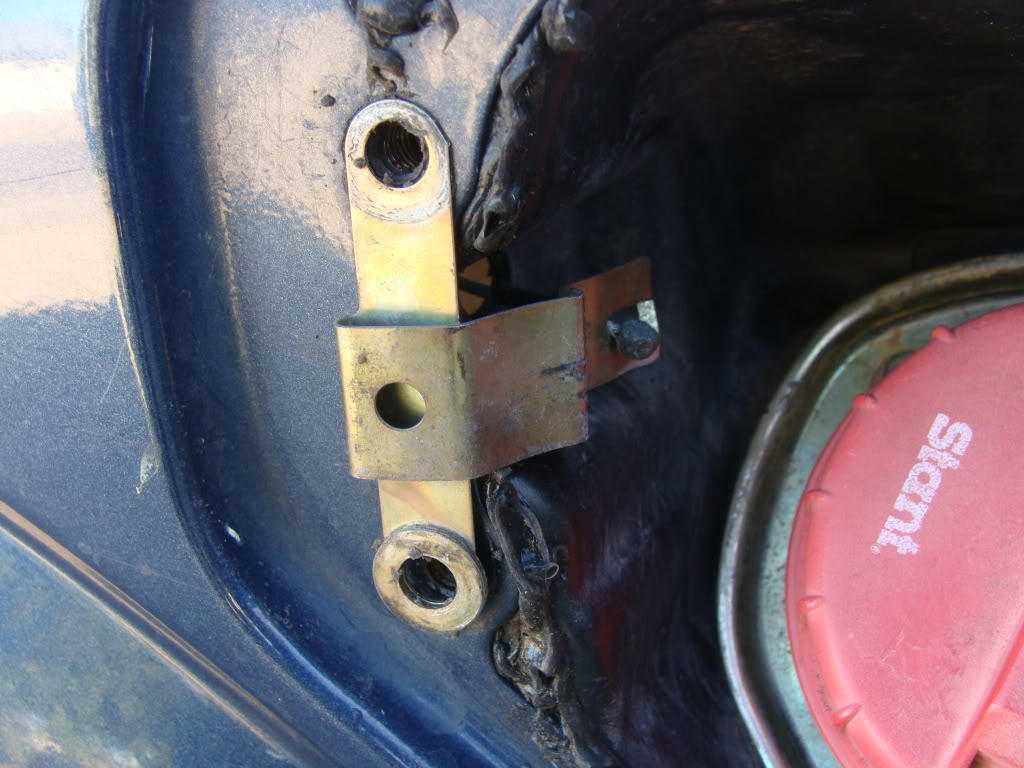 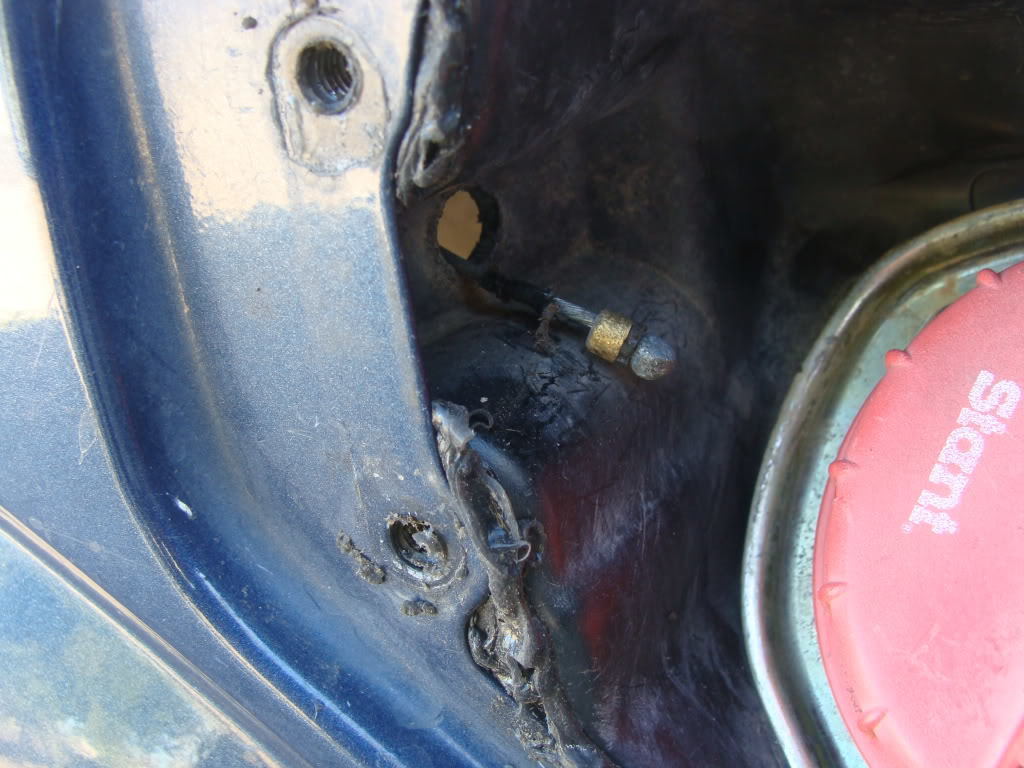 Remove the three 17mm-head bolts on the passenger side bed frame. Loosen the corresponding bolts on the driver's side, about about 2/3 of the way. 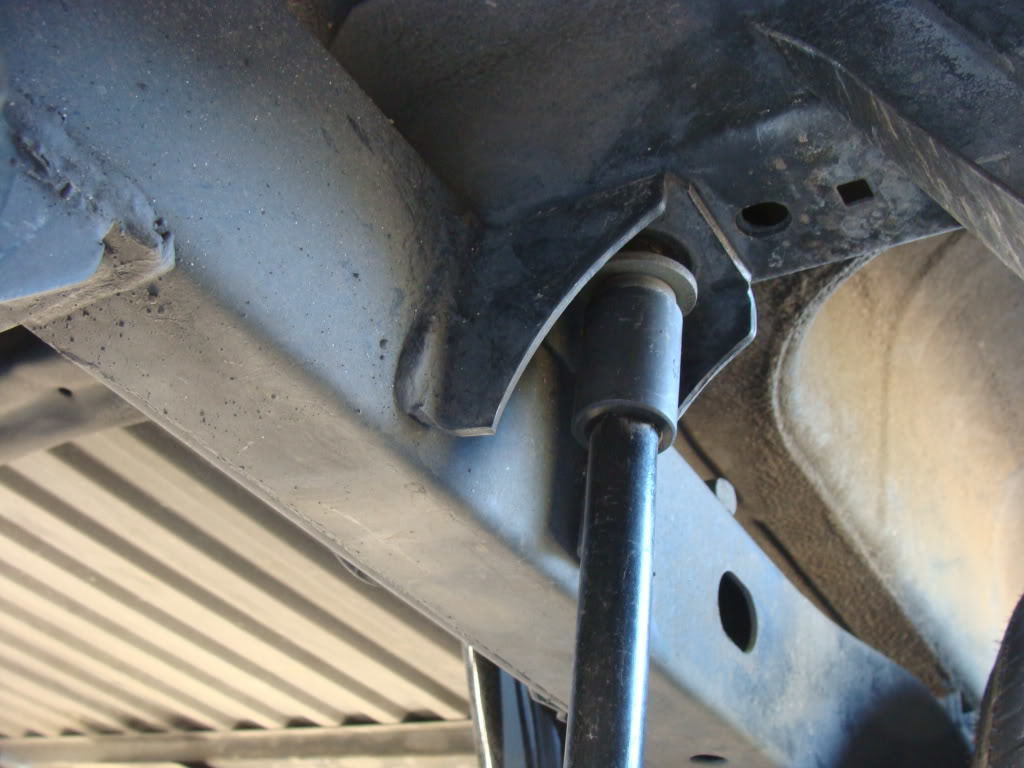 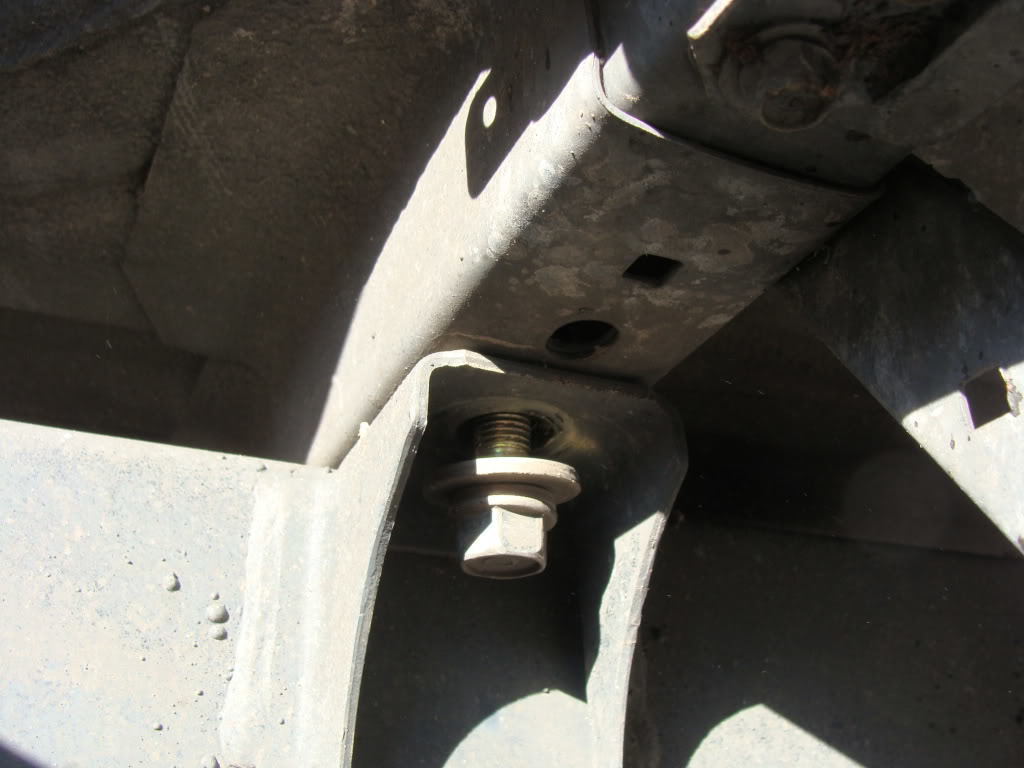 Use a 16 inch 2 x 4 on a floor jack to lift up the passenger side of the bed. Tighten the jack, tilt the bed up a little. 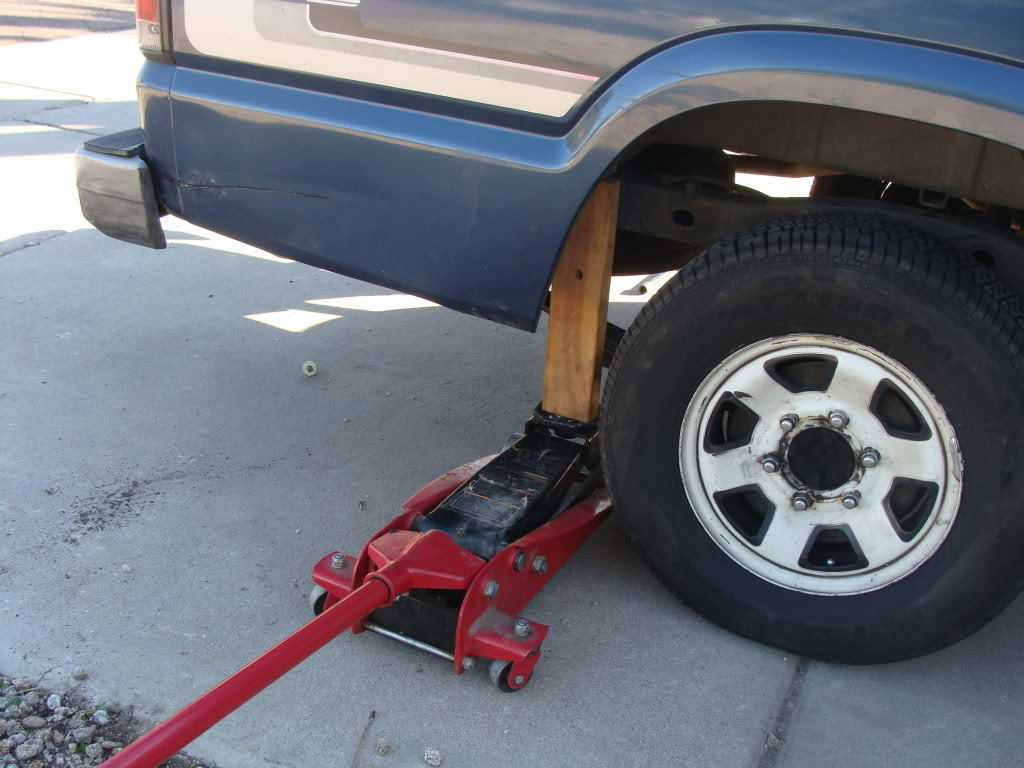 Disconnect the two rubber hoses at the gas fill assembly; I used a large whale-shaped Vise-Grips #LC-12 to loosen/remove the larger one. 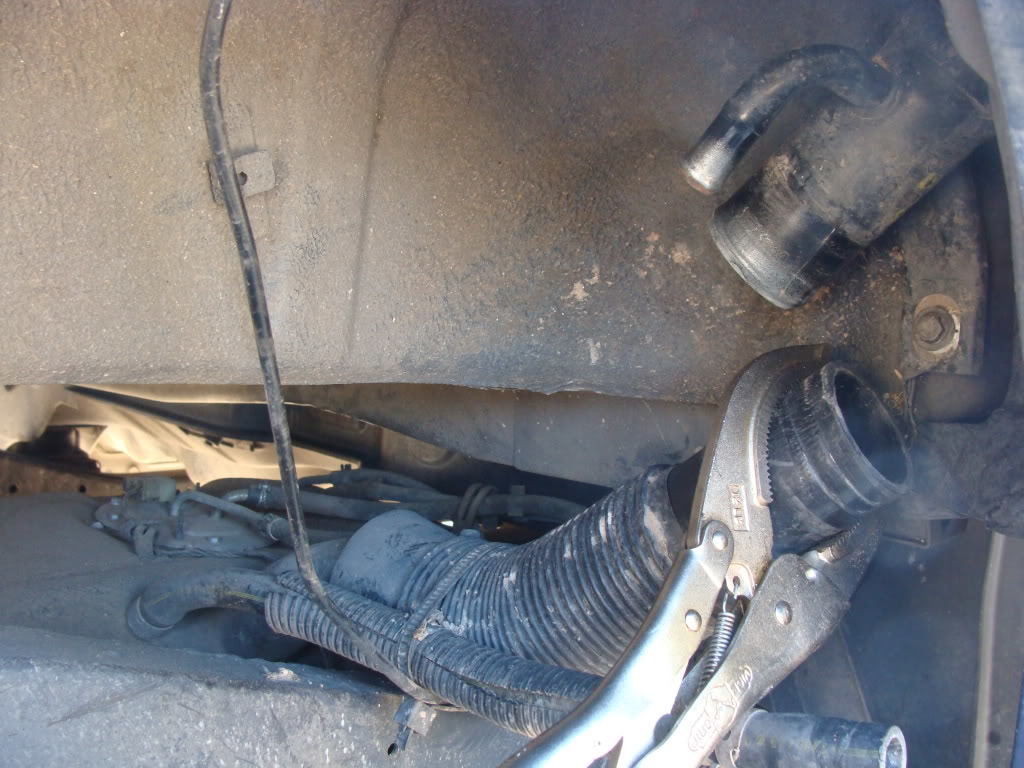 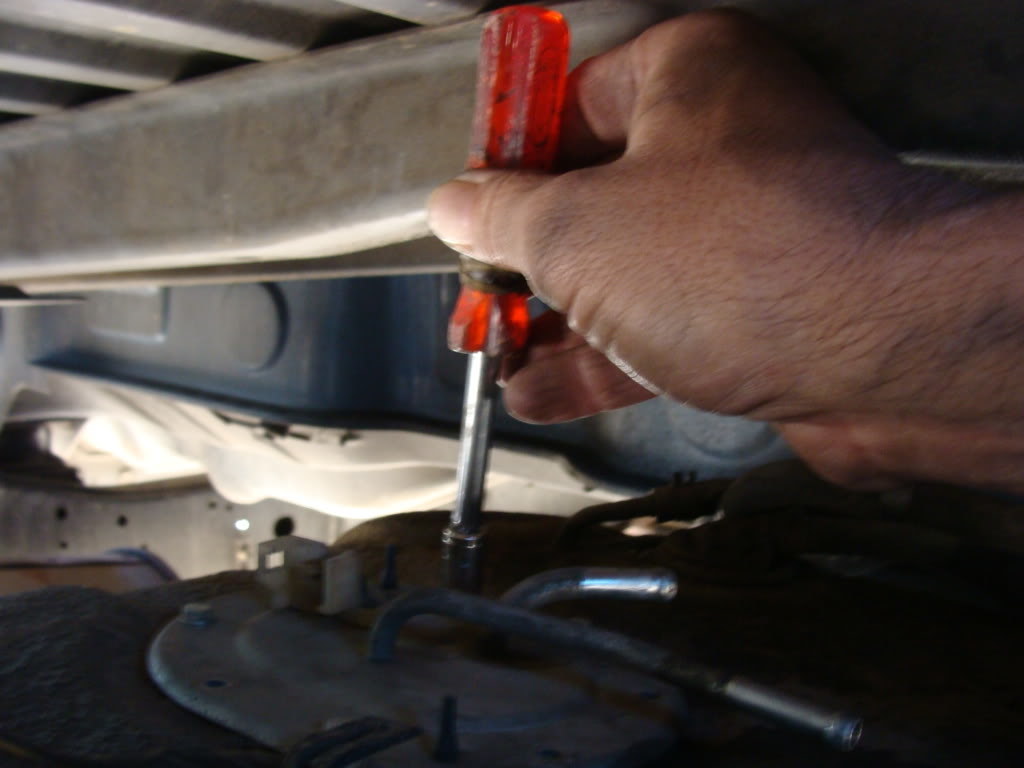 I already have 7mm head hex head screws from Ace Hardware (4mm thread x 8mm long, with a wavy washer) on my sending unit from last time, recommend that. If you have the stock screws, use a 1/4 inch drive ratchet, with 1/4 inch socket and a #2 Phillips bit (and two hands to hold it straight). Then lift out the old sending unit, tilting it for clearance.
Comparison of old and new sending units. 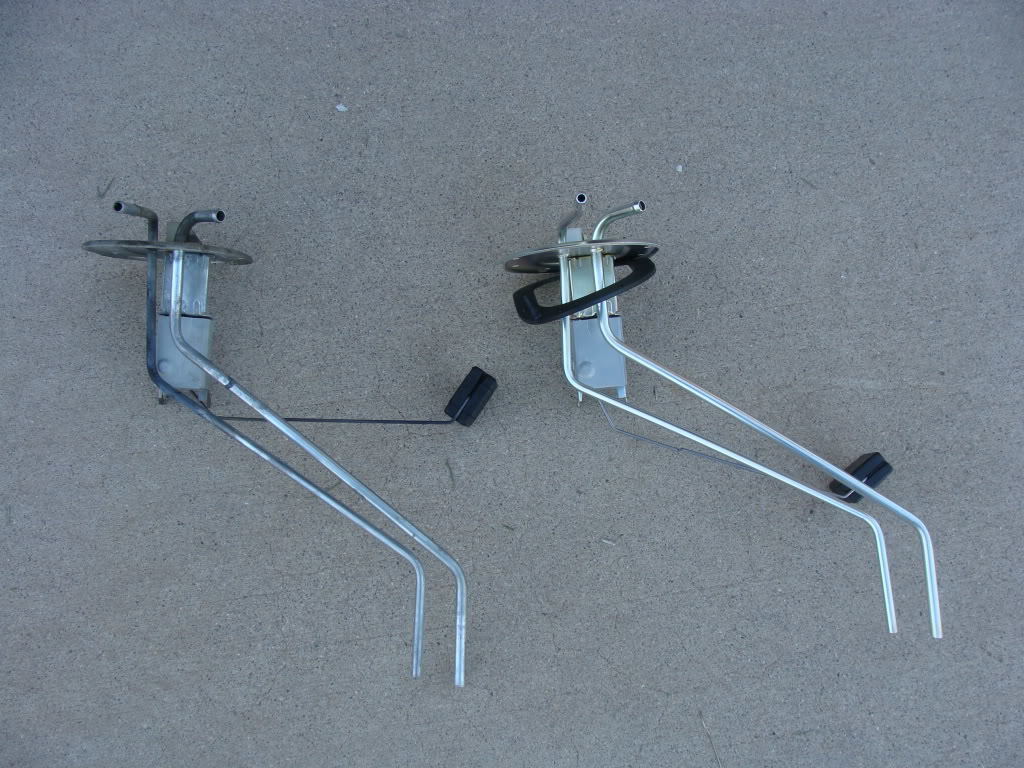 Checking ohms; there were &quot;open&quot; regions on the old sending unit with no resistance as I moved the float through the arc. New factory unit was graduated resistance, like it should be, with no &quot;opens&quot;. 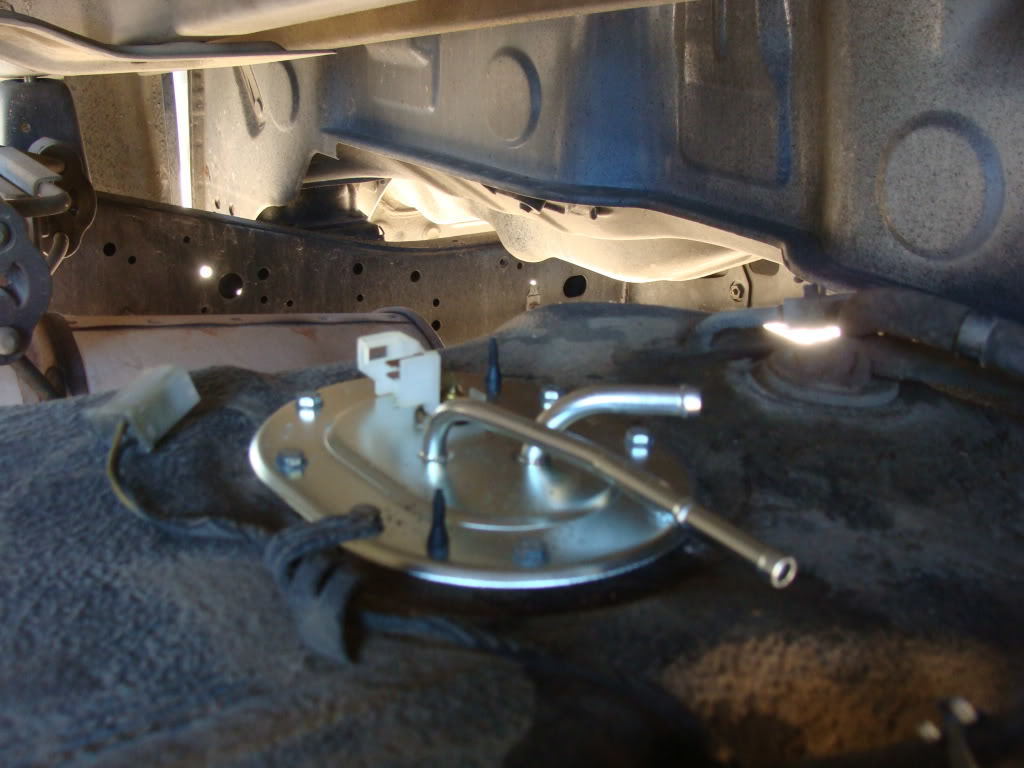 New sender installed, using the new rubber gasket which was included. New fuel sock, also from Dan Atkins used, as the stock one wouldn't stay on any longer. 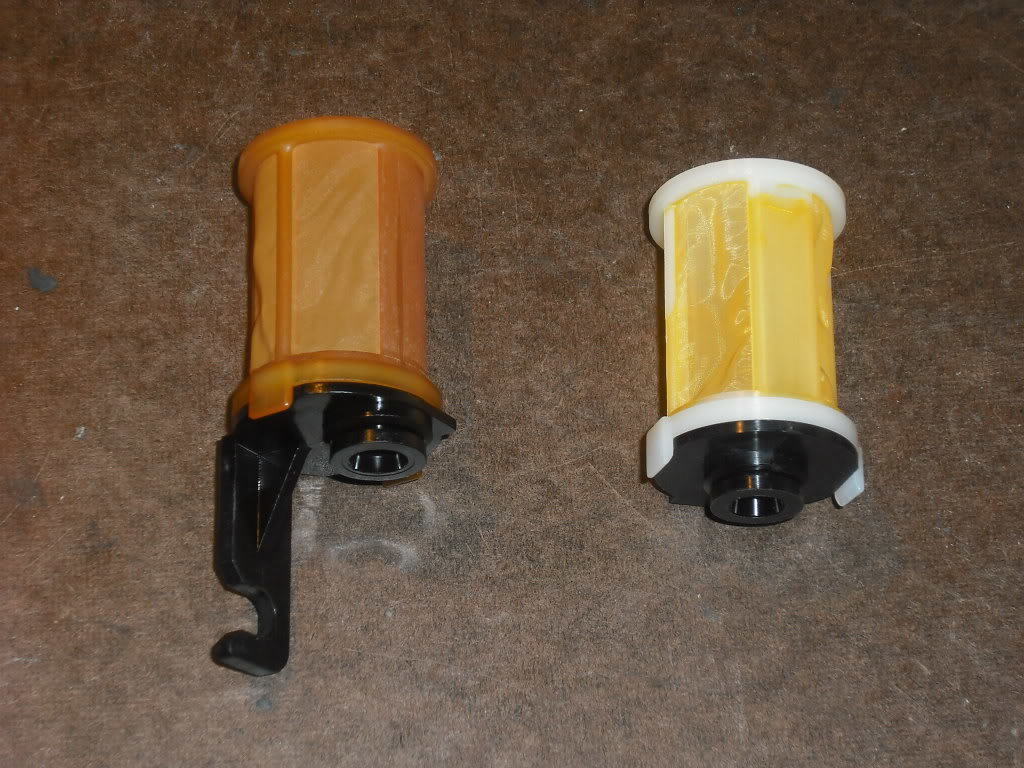 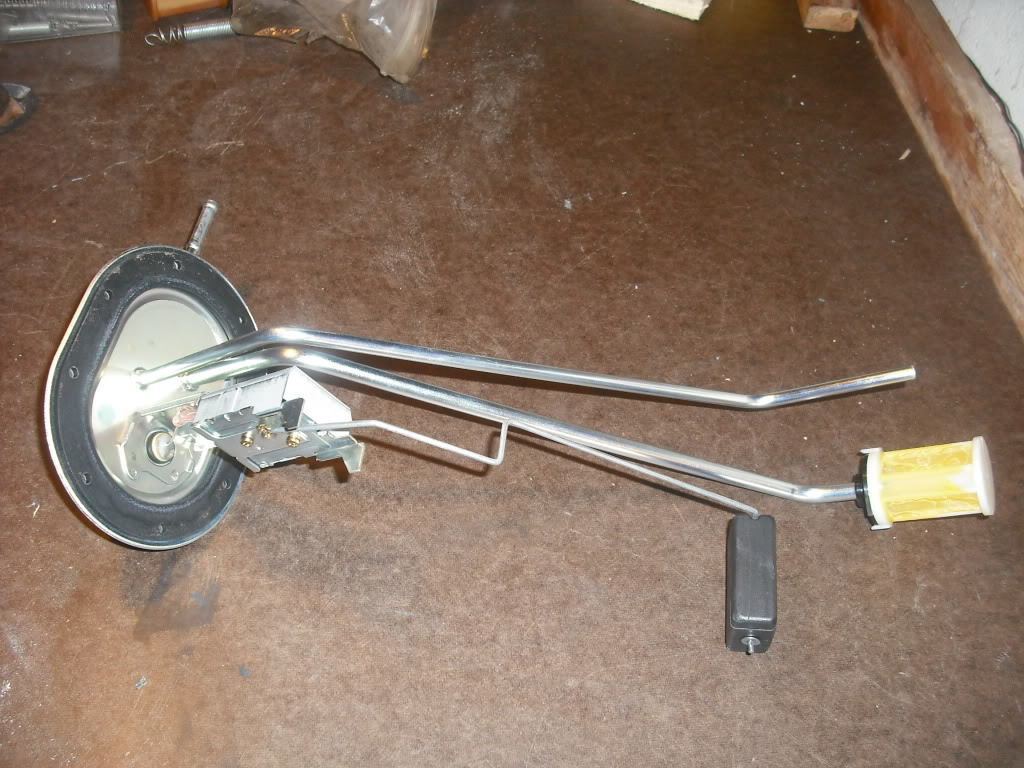 Photo of inside of fuel tank, using special inspection camera, a gift from daughter. Photo shows no rust or debris, GOOD !!! 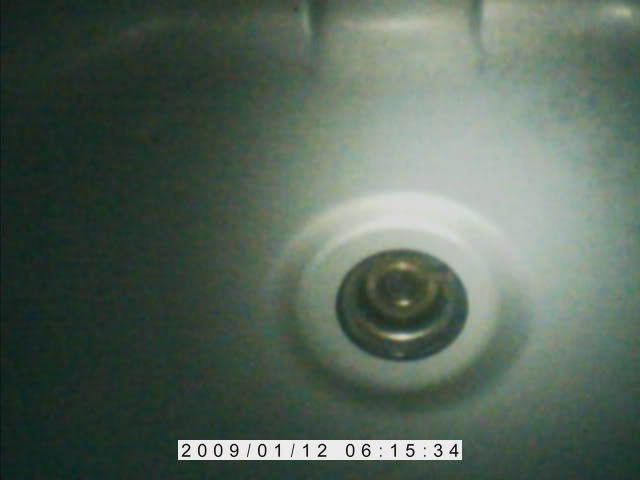 After lowering the truck bed a little to attach the two fuel filler hoses, I lowered the bed further then lined up the bed so I could get the three 17mm head bolts back in on the passenger side (I used my weight to shift the bed a little from one side to the other).
If one was going to try to clean the old unit and bend the contact arm (like I did a few years ago), do NOT remove the two screws. Pry back the three little tabs and slide the cover off for access. 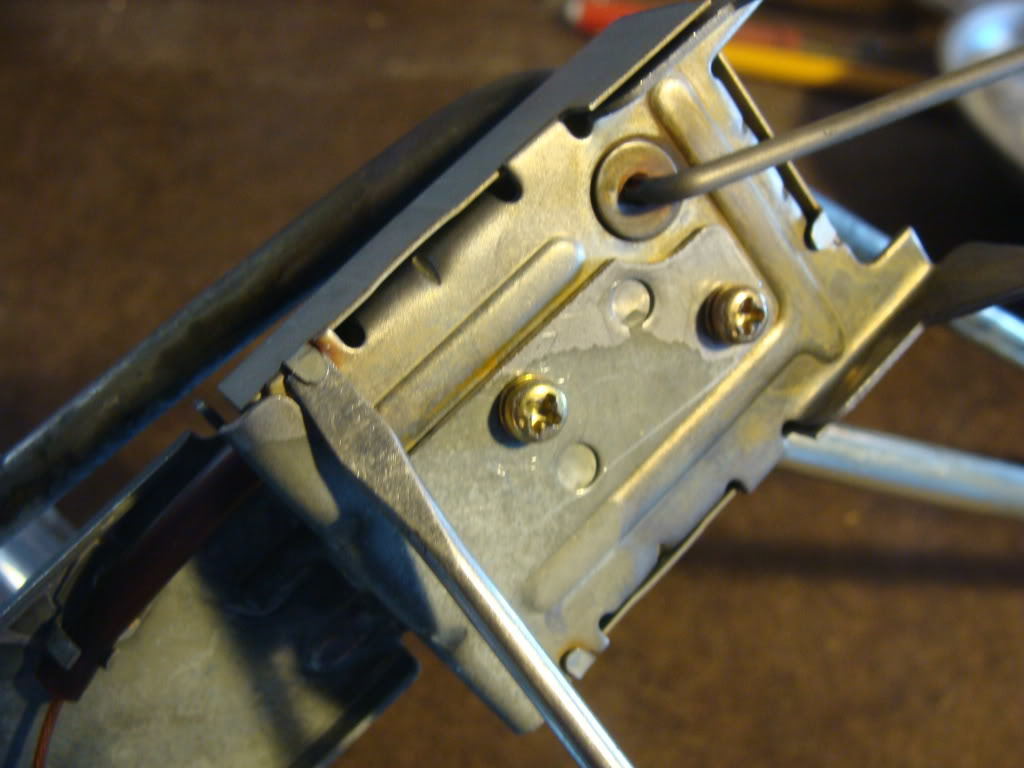 jaybur   +1y
I used a similar method, but I did not disconnect the hose from the filler, just the filler assembly from the bed.

I removed 5 of the 6 bolts, left the driver rear bolt in just a few threads so the bed would not be pushed off the frame.

I put a 2x4 on top of a 4x4 and put it between the frame and bed for a little insurance policy, but the jack held the bed up the whole time. There was just enough room to do the swap, and I also replaced all the fuel hoses at the same time.

oh, and clean the area thoroughly before removing the old unit. I had plenty of dirt around that unit. I was able to use a compressor to blow stuff away. 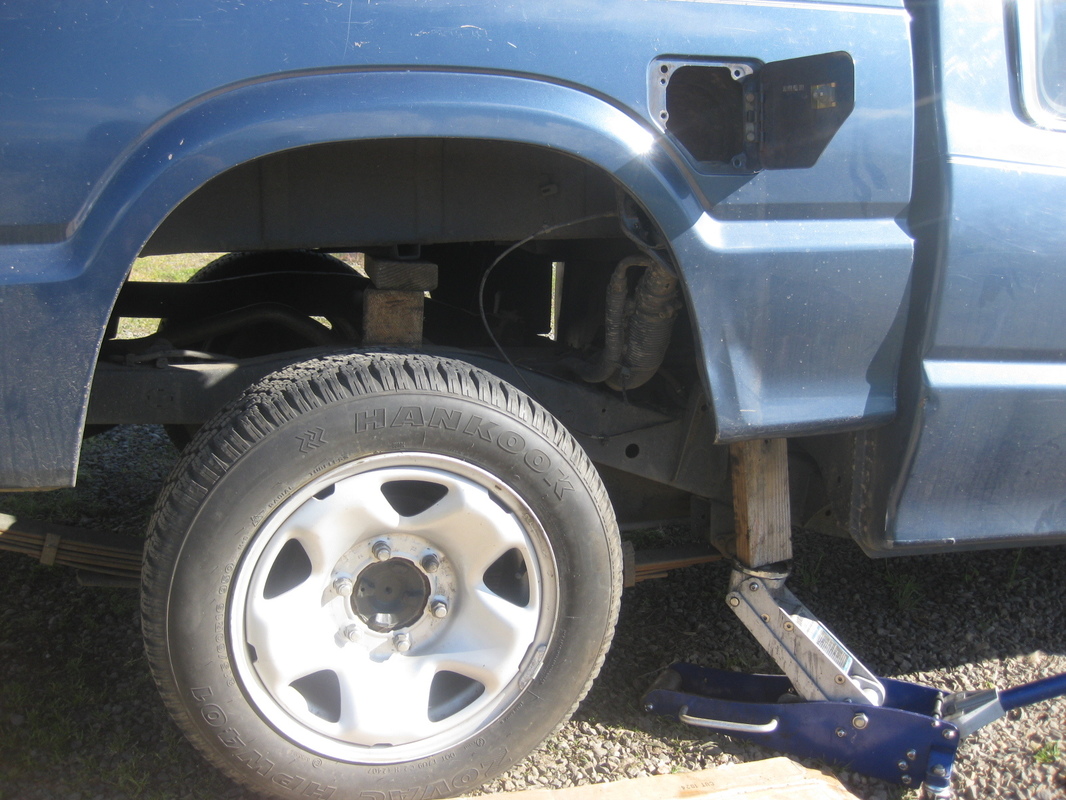 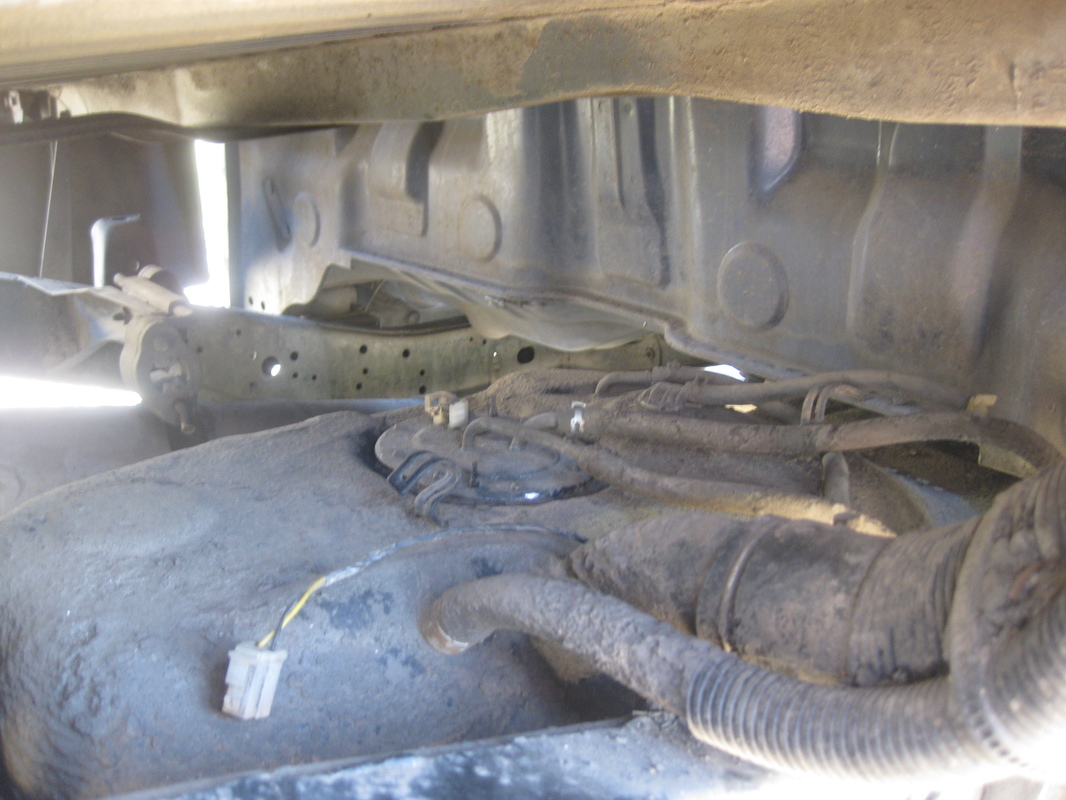 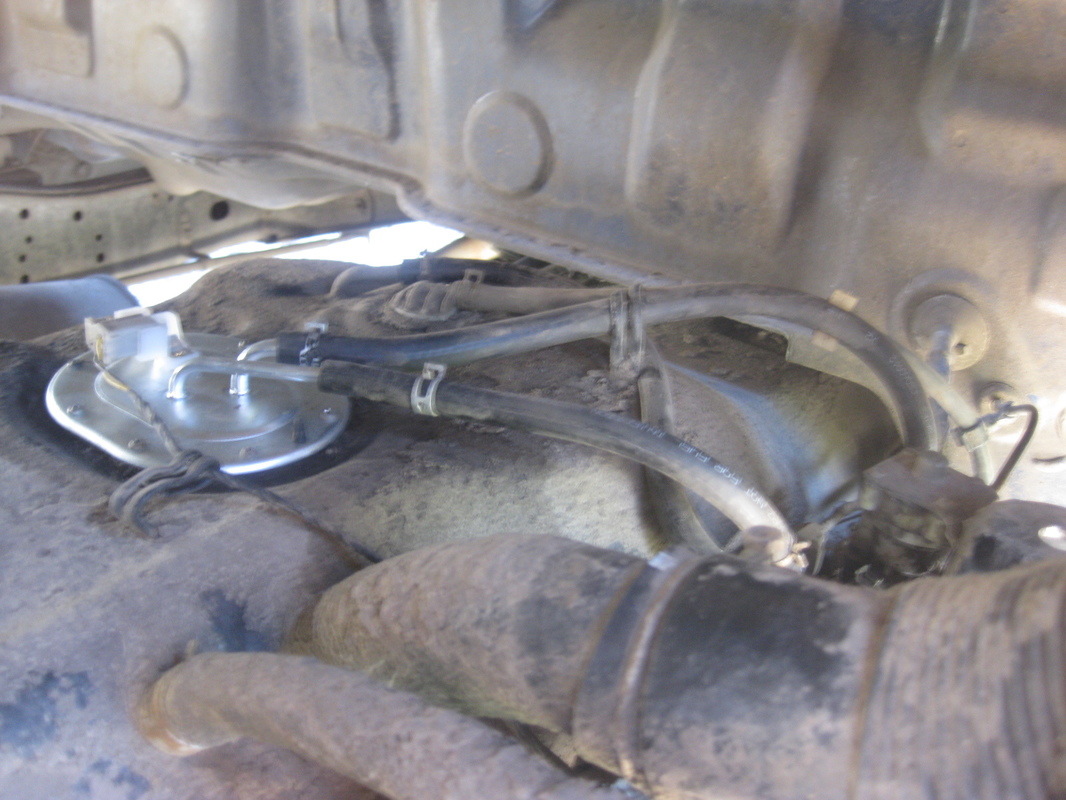