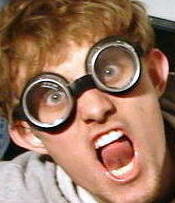 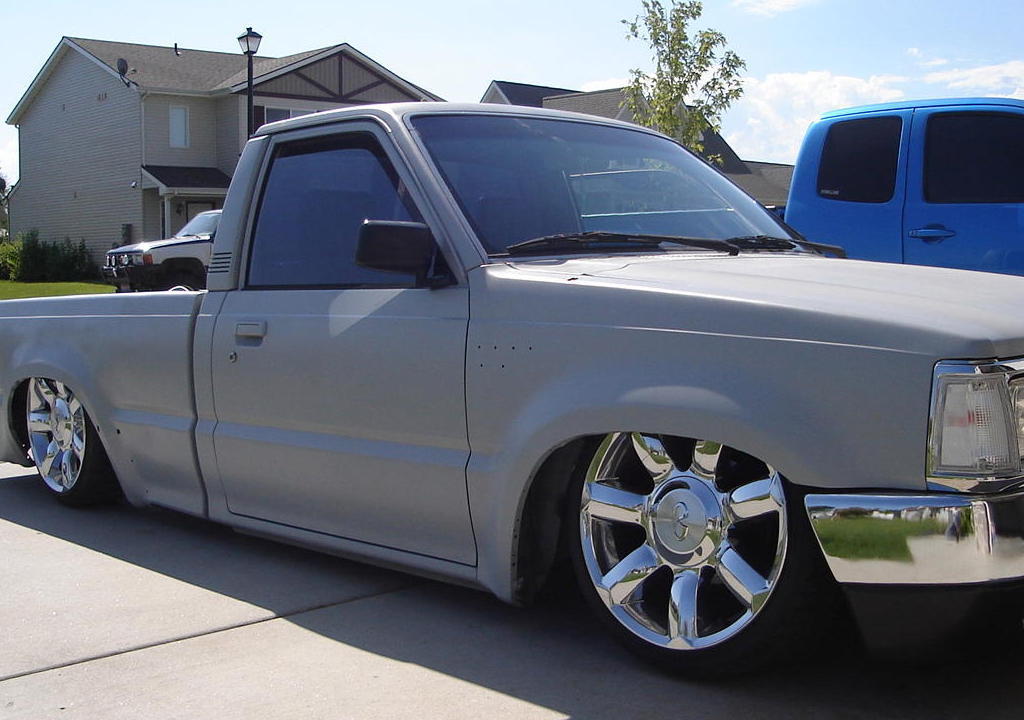 Whats happenin?
not much, just hanging round
went to an autocross/drift event today with my buddies...long day but fun
Where was that?
Spokane, WA. I used to be really into it, autocross more than drifting, back in the day when I had the rx7
What year was that?
I had an 87 and an 86
Did u have it pretty tuned up?
You could say that...aluminum rad, intake, exhaust, lowered, shaved handles, some other misc stuff. i got tired of it one day and sold it to some young guy...three days later bought the mini
Well that&#039;s cool 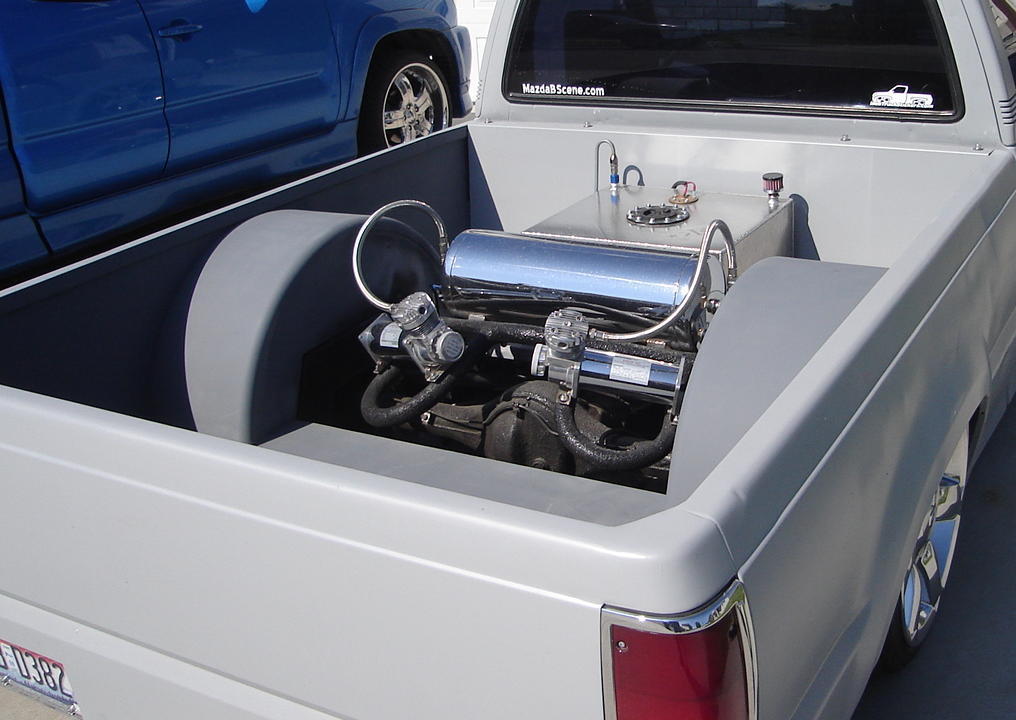 So.....i see ur from Sandpoint, Idaho. Where in the world is that?
Ha, its about 45 minutes from Coeur D&#039;Alene, Idaho. About an hour from Spokane, WA.
Whats your major export there?
Its just a small tourist town, with a lake and resort mountain....haha
Ah nice. ski resort?
Yep. Schweitzer Mountain
Cool. Do you ski/board?
I snowboard. For about 8 years now
Its been about 8 years for me too.
So are you from a big town? or, how big is it?
Nope, born in Sandpoint but moved to Oregon for awhile. Then came back to Idaho...Coeur D&#039;Alene area
Have any brothers or sisters?
I have 3 sisters...unfortunately. haha

No way. older/ younger?
All younger
Oh jeez. So are you protective with them?
A tiny bit, the oldest is a senior in HS and I am just making sure she goes to College
I hear ya. You mentioned you will be heading back to school. Are you in college then?
Yep, will be in my 3rd year when I head back.
So you know what your majoring in?
Education, Secondary probably
So whats your favorite subject?
Hmm...Spanish or History
Oh no
Those were like my two hated classes
Funny
I was a math nerd. I liked to problem solve
I liked solving when I built the mini-truck
Oh definitely. I would say that people don&#039;t give enough credit to guys who can work on trucks. sure a lot comes from experience but there is so much problem solving and when u get into custom fabbing, you have to know what you're doing
Exactly 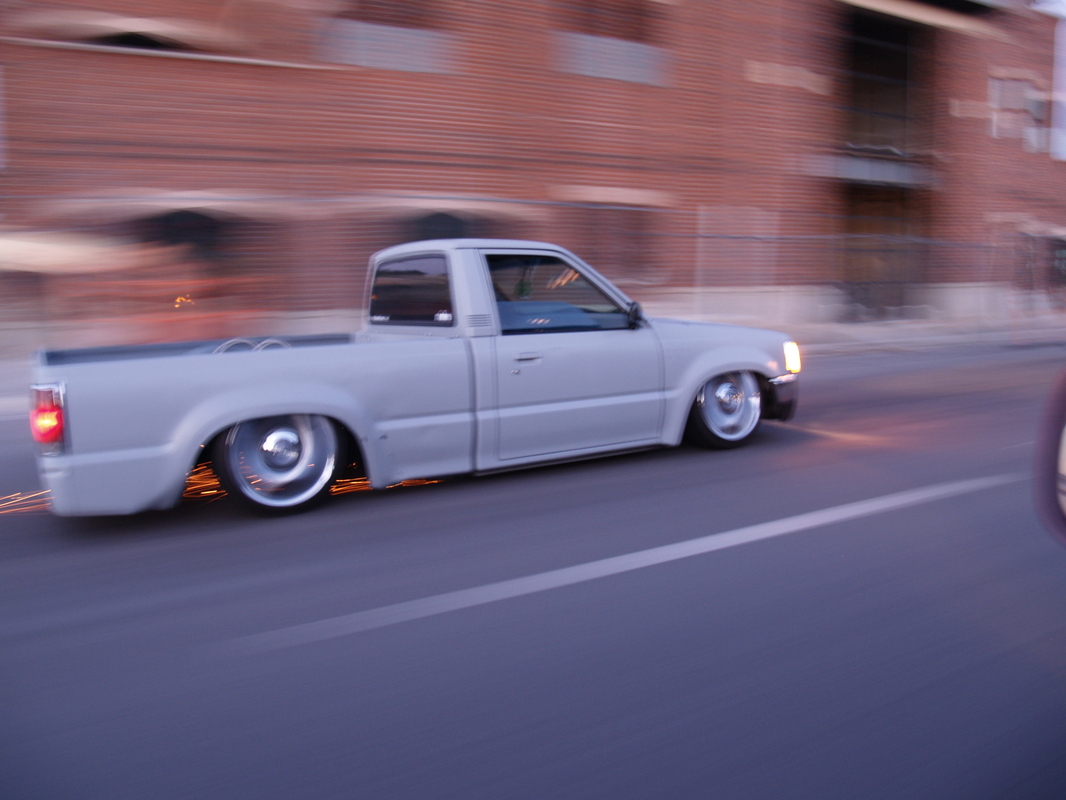 You ever get hated on for your love for MTs?
Yep, all the time....They refer to it as Lowriders though...dummies don&#039;t know the difference. I am the only mini in the town here...running!
No way! so you get it from locals in the area?
Oh yea, in North Idaho its all about the 4WD man! Boggers, Lifts, Chainsaws, you name it...
So what are the people like in your area?
Rugged would some it up...Except for the tourists...Californians
So are your friends warming up to the MT scene?
Yea, I&#039;ve got them wanting to build one now! There are 3 other MiniTruckers here where I live, but like I said their minis don&#039;t move...I like to call it Perma-Underconstruction
So was your Mazda your first project truck?
Yep... Had no idea what I was getting into when I bought it. But it worked out I guess...
Dude that&#039;s awesome
Thanks man, I really appreciate that
For real man, i think it takes a lot of guts to start taking on a truck on your own with no experience. I think a lot of guys give up, or just don&#039;t get far because they don&#039;t get help along the way
Ricky my &quot;Right-Hand Man&quot; taught me, and Bodywork was always something I had a knack for. I was there though. SO MANY days I threw down the tools and said Eff this! But yeah, but I had no experience at all when I started.
You think you would have rather had someone with more experience by your side?
It would have helped out a ton, but then again I am really happy with the way it turned out, so probably not. And I learned a lot, and I wouldn&#039;t give any of it back
Right on. How long have you had your truck now?
Well I bought it last year in June... so that would make it 1 year 2 months. The actual build only took about 10 months, and I have been tinkering ever since. Its not finished, just Under-Construction. And in about a month if I still have it I will tear it back down and do some sort of Front End Conversion... Rebuild the engine, and update the 4-Link
Are you willing to release any details about your front end conversion?
Nope...you know how it is these days!
Haha. Good man.
So as a young college guy, how have you financed the truck?
I have what is called a &quot;Sugar Mama&quot; or girlfriend as some would say, and I sold my RX-7 which got me started....
Don&#039;t get me wrong I have a ton of money into this thing, but my girlfriend has donated a few dollars as well...
Well so far, u have mentioned Ricky &quot;Right Hand Man&quot; and this &quot;Sugar Mama&quot;
Ha. Would you like to give some details...?
Without them, the truck would be incomplete and I would have probably parted it out by now to some aspiring mini-trucker...They have both played a HUGE role in the production of this truck...Thanks Guys and I would like to say that anyone looking to build a mini should have a group like that behind them...Trust me it helps
So would u say building your truck is what got u close or have u always been friends? 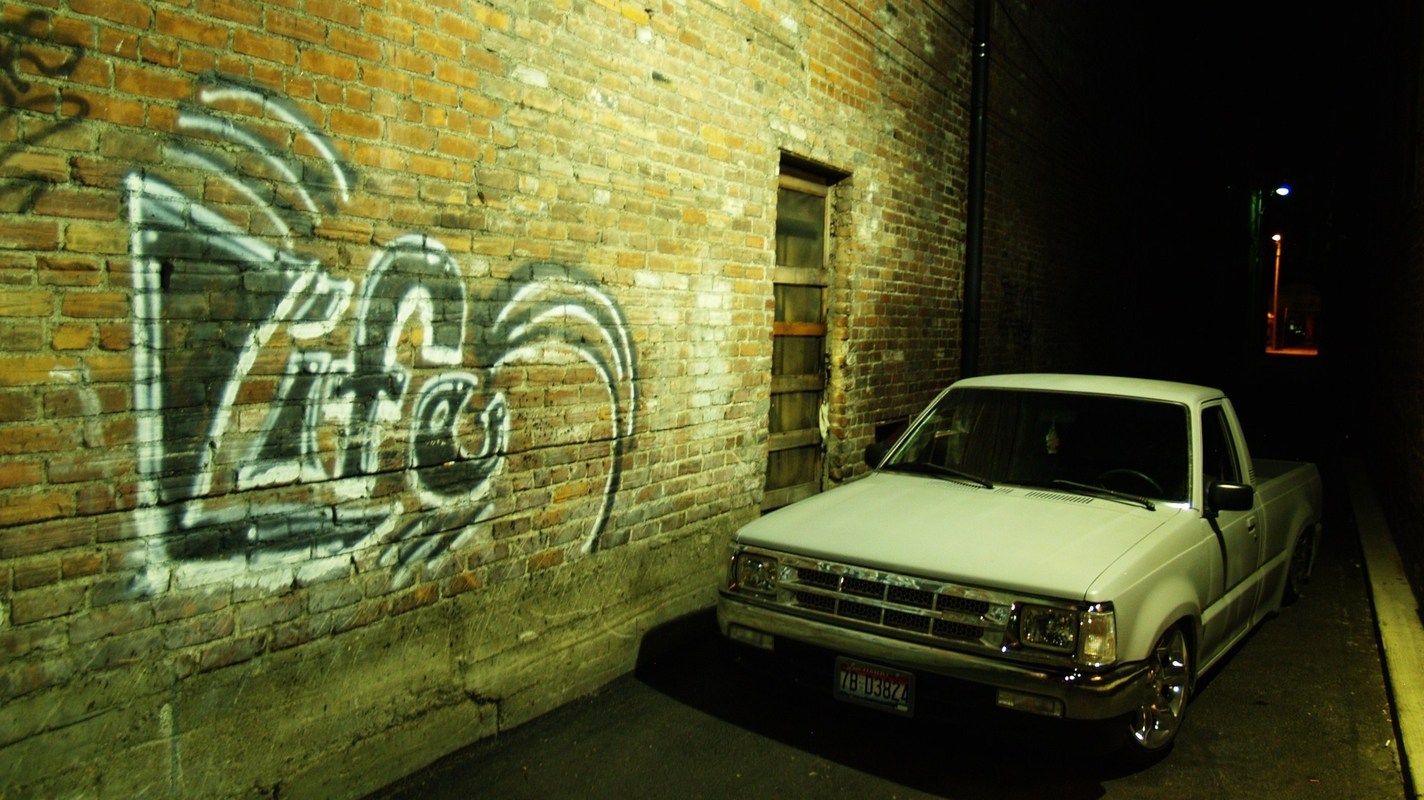 To tell you the truth, Ricky and I have always been good friends, but there is something about fabricating a mini that brought us closer...or maybe it was all the flash burn and grinding dust we inhaled....
Haha. Might be
So what do u like to do in your free time when your not working on the truck?
Uhh...Rail it...Duh! Seriously though, I usually hang out with friends and forum-whore...
Any kind of local shows in the summer?
The only local show is Visions Mid-Summer Jam...I didn&#039;t make it this year. So, I have to travel to go to any good shows...
You feel kinda left out in your area? sounds like there not much for the local mini trucker?
Yeah, its a little depressing... It&#039;s not bad though because people don&#039;t expect a MT to roll out of Sandpoint and into a show..
Well thats cool
So if you had to describe yourself as any tool what would it be and why?
Hmm.... Let me think a second.
I would have to say a jack because I am supportive of everything and everyone and I am always taking it to the next level.
Whoaaa. Dual reasoning. I like it!
Ok, so you're stuck on a deserted island, what 3 things do you have with you?...rather, what would you want to take with you?
Shorts, Sunscreen, a piece of bubble-gum that I could MacGyver into a raft and float away.
MacGyver was a pretty good guy, but be honest. Who would survive longer? MacGyver or Bear Grylls (hes the guy from man vs. wild...)
Bear Grylls for sure...He has Bear in his name...He is the man!
I agree
so have you traveled at all?
Yep...England, California, Canada, Oregon, Nevada, a few other misc. places
England?! What did you go there for?
Everyone in my family except for me was born there....Ugh! So we visit a lot!
Devonshire is where I got my name from
No way
Yep...
Please tell me your a soccer fan, well a &quot;football&quot; fan?!
Yep...Kind of! Only Man United
Hah
Well ill take it. I've been playing since I was 4, and love watching and keeping up on European soccer
Nice. I&#039;ve never played.
Well you should. ha
I was really into baseball For a long time....
What made you stop?
Took a line-drive to the throat and spent the next couple days in the hospital.
Ohhhhhh dang
What was messed up?
It crushed my Larynx so I didn&#039;t have a voice....
Holy crap!
Yep, I have a voice now though. They fixed me up good.
So then what did they do?
I don&#039;t remember...just saved my Larynx somehow...
That&#039;s craziness
Yeah pretty crazy...
So what&#039;s currently happening on your truck?
Nothing at the moment. Its up for sale, but it looks like I am going to end up keeping it.
Well, if you keep it what will be next on it?
Re-do the back half, Engine Driven, Engine Rebuild, Bigger Wheels....Hopefully. Oh and spray some paint on the ol&#039; gal
So what&#039;s the situation right now, why are you selling it?
Looking to start something new...Another Mazda. I just don&#039;t want to cut everything up again so I figured I would start new!
I&#039;ve just learned a lot more after driving it, that there is so much I want to change.
I got ya. so what have you enjoyed about the site the most?
The best thing about the BScene is meeting new people that have a common purpose in life, and building excellent friendships with people you have never even met.
I always found that was crazy how much you could get to know people through a truck site.
Yeah, its nuts.
Well I really don&#039;t have any more questions
Ahh man, were just getting started.... Lol
So any words for the Bscene...?
I just hope that everyone on the BScene keeps it real and everyone continues to make friendships, and bonds that can&#039;t be broken. And no matter what happens, don&#039;t let it turn into another SSM. DYNOMITE


Well it&#039;s been over a year since the last featured member and I have been anxious to do this second feature ever since I got done with the last. Dev was great to chat with and it really reminded me of why we all enjoy the Bscene. Having a common interest will bring together people from all over the world with such different interests and backgrounds. I had no idea what was going on in Idaho other than farming potatoes until I got to chat with Dev. So I&#039;m going to take Dev&#039;s advice and try to continue making new friendships by keeping the featured member articles going. So keep it real and I&#039;ll be back soon I hope.

This blog has been viewed 9939 times.

No one has commented yet, be the first to post!
Page 1 of 0