Ride of the Year 2010 idminitrucker 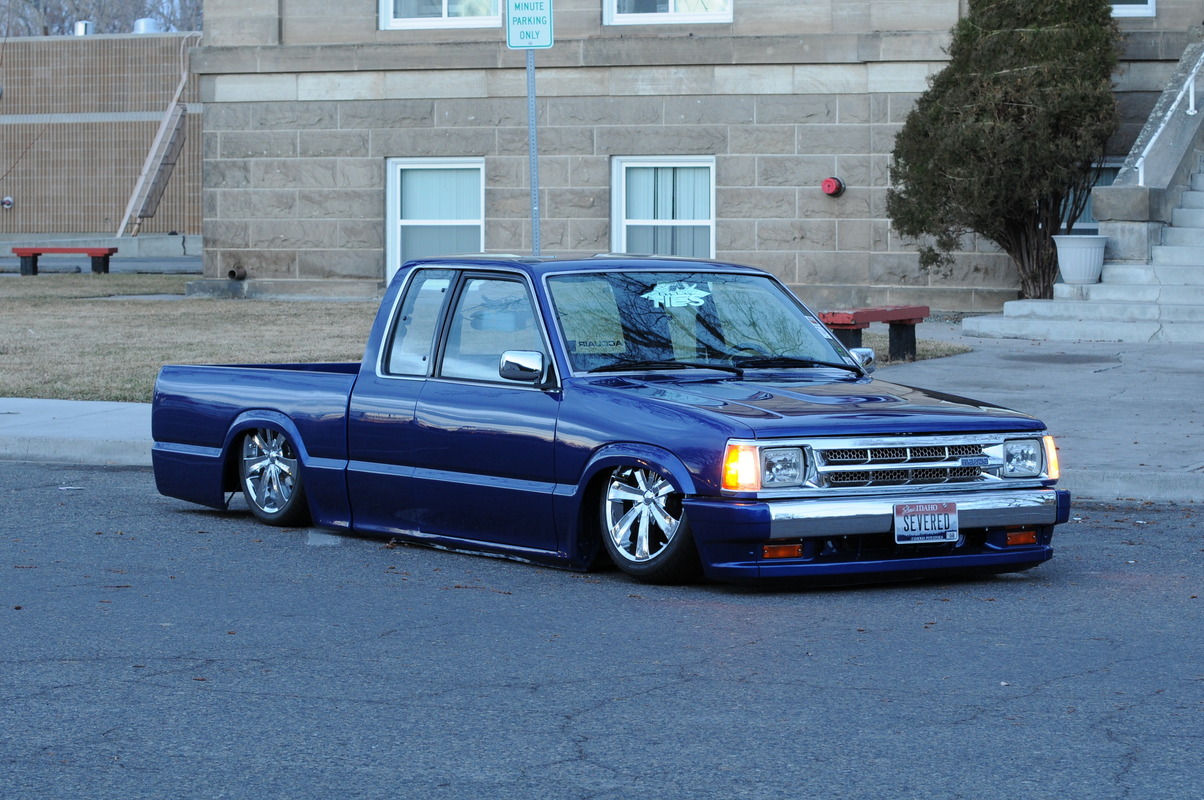 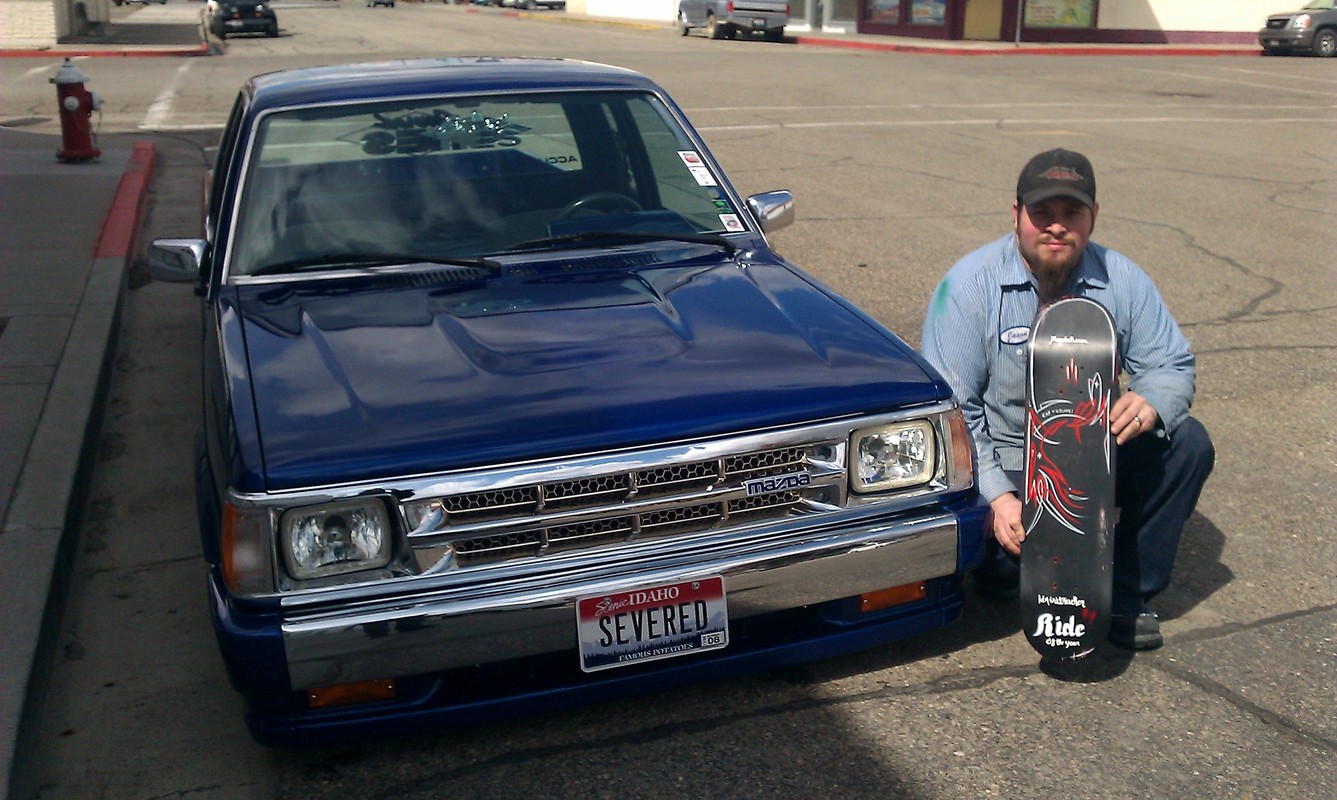 Ride: 1986 B2200
Mileage: 379 (Before the build it was 135,000)
Interior: New carpet, the seats and door panels have been recovered, and everything else was painted.
Exterior: Shaved all the typical stuff and then got rid of the top body line. Molded and painted the taillights in. New chrome grill and bumper. Before paint, 4 gallons of primer was applied.
Engine: Re-ringed and redone head with a Weber carburetor and Pacesetter heads. Motor and transmission painted body color. Still retained the heat and a/c.
Suspension: AccuAir e-Level, Slam bags GC manifold, Hardlined airlines, Kustomwerks control arms front and rear. Toy drop spindles and front suspension, rear is Ford IRS from a Super Coupe.
Audio: Kenwood DVD deck, JL 10â€ Subs and Amp.
Wheels and Tires: Devino DV450 18X7.5 - Maxis 225/55 R18
Work performed by/Location: 90% by me at home and work.
Thanks from owner: To my wife for putting up with me when working on my truck so much and spending all the money on it. To the Idaho chapter of Severed TIES for all their help and support. Finally, to my boss for letting me work on the truck and use the shop to do a lot of the work.

How long have you owned this truck? Since the middle of 2009.

Is there any unique stories or history behind this truck? The frame was built in Tennessee by Negative Camber and then shipped to Idaho to a Relaxed Atmosphere member and then I ended up with it in Severed TIES.

Did you consider any other projects before starting this one? Had a couple other Mazdas and even a Honda Civic SI.

Who helped you build it? My wife did a lot of the little tedious sanding under the truck and in the jambs and I had help from the club and some other friends to get it finished. 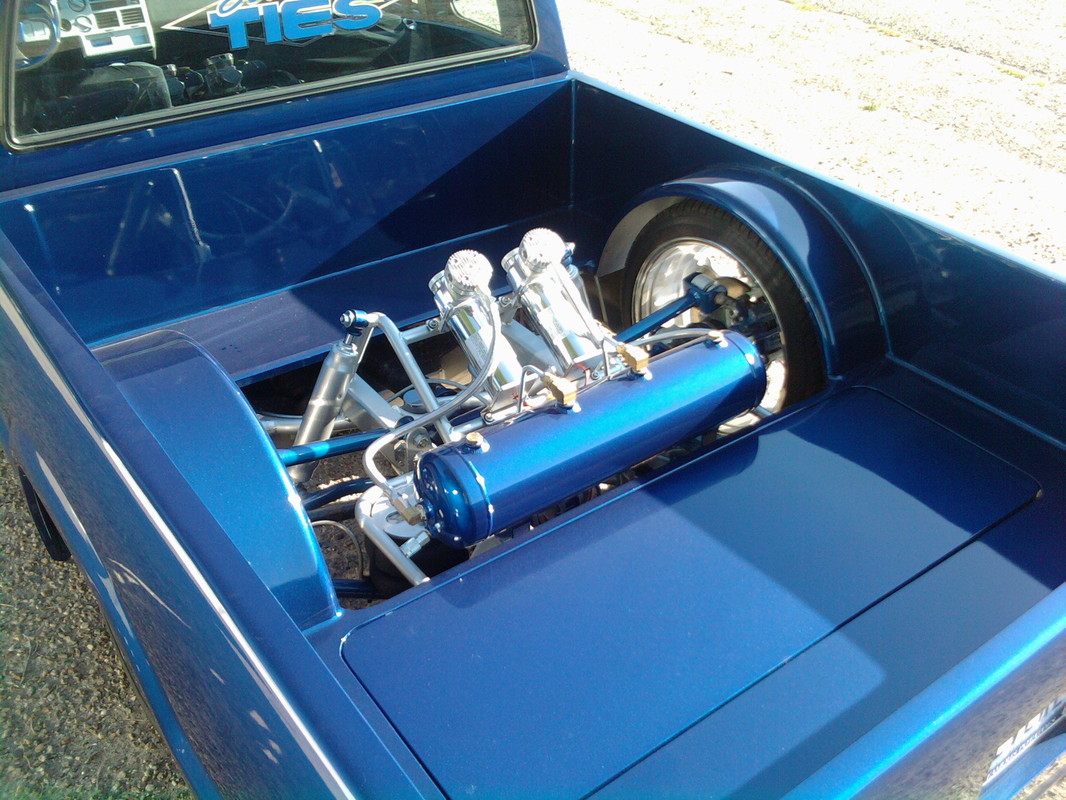 What makes your truck unique from other ones? It probably has a lot more paint work then a lot of trucks. Pretty much everything on it is painted to match the body color or the silver accent color, the only thing left to paint is the bottom of the bed.

What feature do you like most? That it's almost done, and the fact that most people don't notice the top body line is shaved.

What don&#039;t you like about it or if you could go back and change something what would it be? The rear end isn't set up with the greatest geometry but it will get changed in the future.

What was your biggest obstacle and how did you overcome it? Same as everyone else,. MONEY!. But I just worked at it and got it done. 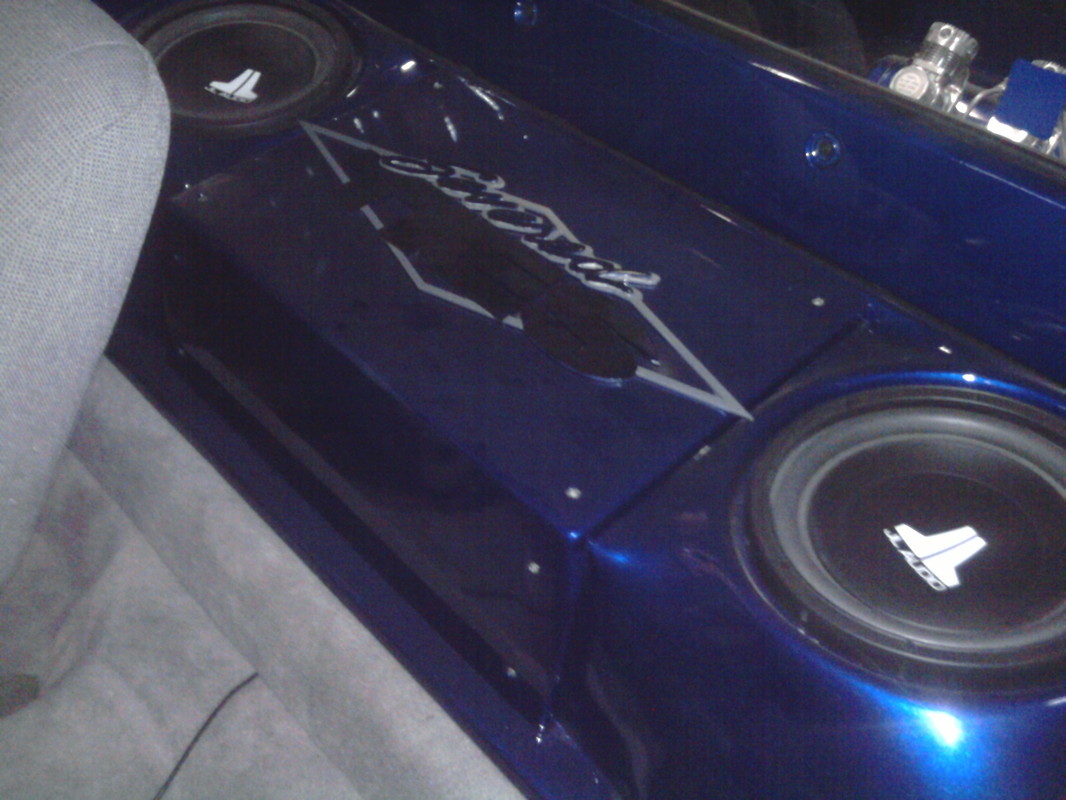 If there was not limitation on money, what singe modification would you choose? I did everything I wanted.

What does your friends and family say about this truck? Everyone is pretty supportive, most all of them like it, well at least that's what they say to my face anyhow.

Any memorable moments with it? It's been fun taking it to the shows and taking home some bigger awards. It took 3rd in MiniTruck Wild at Sittin Pretti and 2nd in Wild at West Coast Nationals. The only two other trucks in my class that beat me were Patrick Rios Nissan hard body cover truck from Mini Truckin (he took first) and Uncle Fester's Too Slow and he won Best of Show. Among that competition is was a really good feeling.

What are your future plans for this truck? It's a secret as of right now. But there will be some changes next winter. 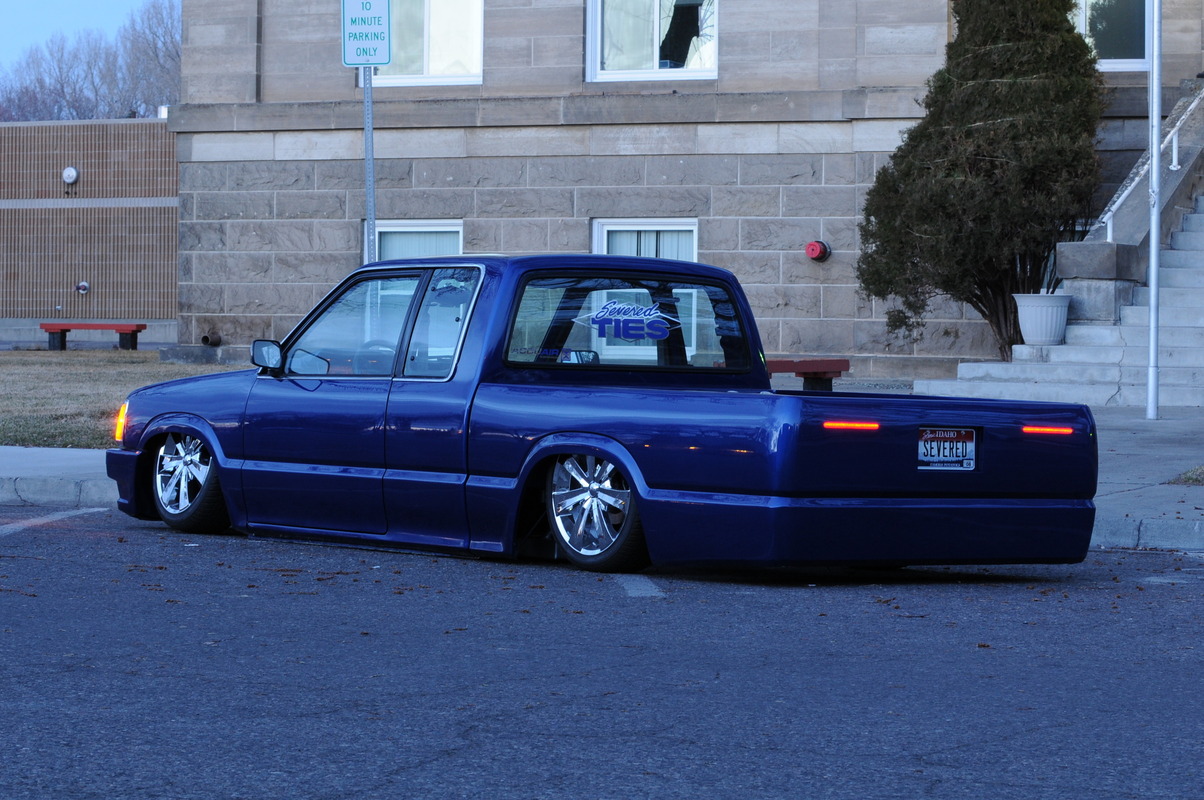 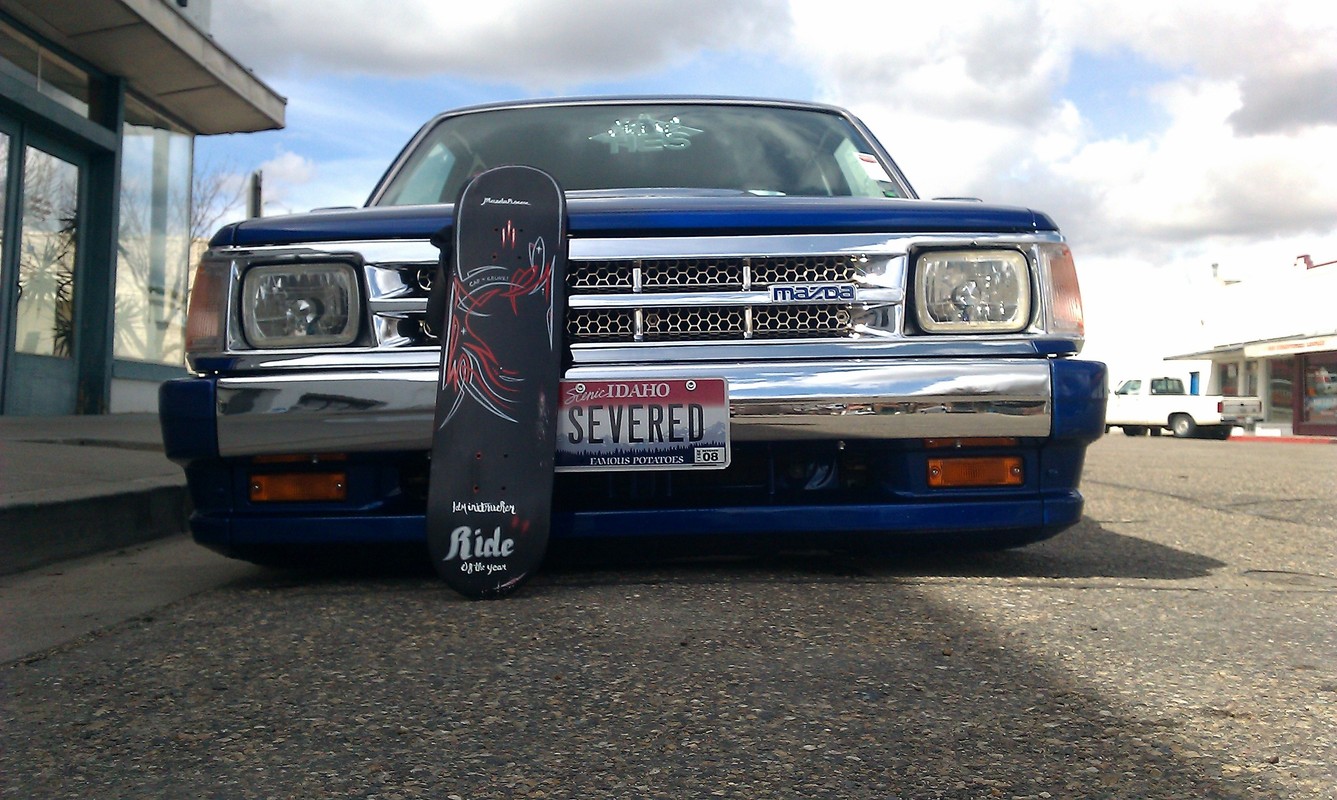 idminitrucker (jason)   +1y
Thanks! Im at lunch so I didnt get to read the whole thing but I will when i get home.

idminitrucker (jason)   +1y
Damnit lol if i get a vote can i stay blue... or a different shade of blue. And thanks for the write up it all looks great!