How long have you owned this truck? I have owned it for about 8 months. The build took about 6 1/2 months with a 1 month hiccup in the middle of the build. I moved all the way across town while the body was at the paint shop and the frame was in my garage. 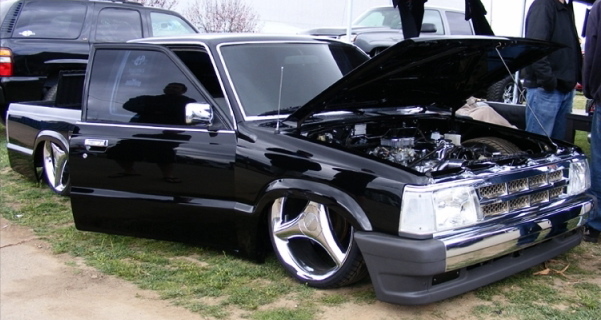 Is there any unique stories or history behind this truck? The funny thing about how I bought this truck is that I actually was looking at the wheels before I even bought the truck. My buddy Derek had bought the wheels for his car, but they were a little too big and he was trying to sell them. I told him it would be great if someone bought the wheels and put it on a Mazda like the yellow one that was on the cover of Minitruckin way back in the day. He mentioned that I should be the guy, I thought about it for a while and decided to take on the task. As you might tell, I didn&#039;t go for the exact look obviously. I would be pretty uncomfortable in a body dropped standard cab also, so I was on the lookout for an extended cab. 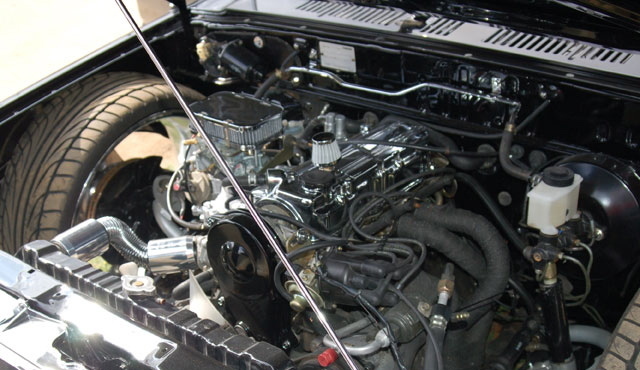 Did you consider any other projects before starting this one? I considered pretty much any mini truck, but I focused mainly on the Mazdas.

Who helped you build it? Andy Day helped me with the interior and the seats were done by Scottie Taylor.

What makes your truck unique from other ones? The only major body modification is the roll pan. I was going for a stock look, just laid out. Also now mostly all trucks are on bags. Bags were never even an option for me. I have always done hydraulics and I wasn&#039;t going to stop at this truck. 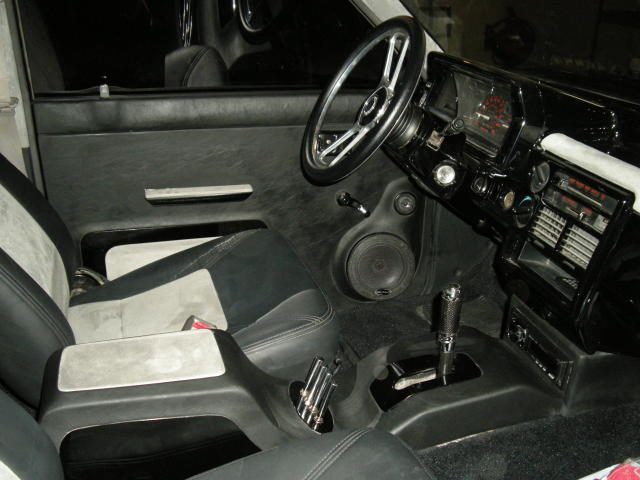 What feature do you like most? The hydraulics are the best feature of the truck. I came up with a dual pivot design on the cylinders that I never seen before. This allows for the cylinders to never bind. Which, in turn, makes for no squeaking, or any noise for that fact. It also allowed me to run the cylinders upside down under the bed floor, another setup I have never seen done before.

What don&#039;t you like about it? The motor. I wasn&#039;t really concerned with how slow Mazdas are, so I left the motor relatively stock. If I would have know a couple things about how slow they really are, I probably would have done some work to the motor before I put the truck back together. Maybe next time.

What was your biggest obstacle and how did you overcome it? Paint was definitely the biggest obstacle. I had dropped the truck off at a shop where it sat for a month untouched. I finally got tired of the run around from that shop and went with plan B. A buddy of mine Terry works as a prep guy at a body shop and had sprayed a couple of smaller things, but never a complete vehicle. When I started thinking about pulling the truck from the body shop I approached Terry about painting the truck for me. He was all over it. Terry really came through for me on the paint, it was his first 100% vehicle. 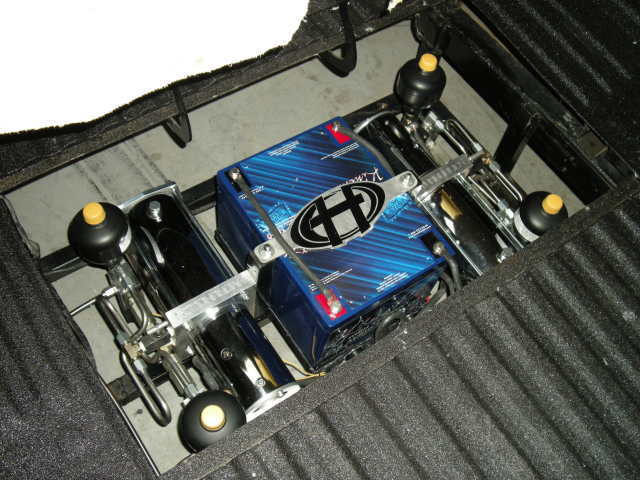 If there was not limitation on money, what singe modification would you choose? A V8 motor and tranny combo that would fit under the hood. Everything else is done just the way I wanted, at least for this truck.

What does your friends and family say about this truck? All my friends in the scene loved the truck. I get praises from people I didn&#039;t even know that I knew. The family is another story, they never really got the minitruckin thing.

Any memorable moments with it? Yeah, for sure. I decided it would be cool to get the truck 100% done for the Forbidden Fantasy show. It made its first show appearance at our show, Bring the Noize. However, I wanted the engine bay cleaned up and the complete interior done, and I didn&#039;t have much time. Actually the last week would be my most memorable time with the truck. My buddy Andy and I worked all week before the Forbidden Fantasy show to get the truck's interior done. I stopped working on it at 3am the day we left for the show. It was just enough time to load it on the trailer, take a quick shower, stop and get a couple red bulls and hit the road for California at 5am. 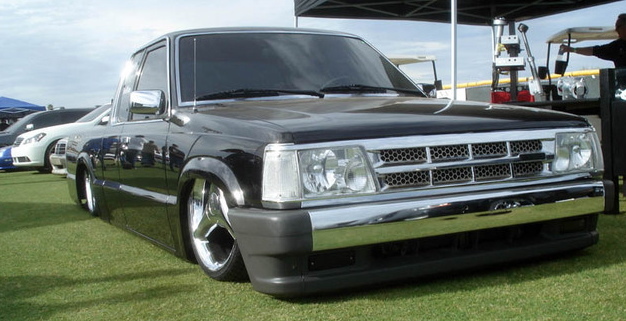 What are your future plans for this truck? I plan on taking the truck to any and all the shows in my area. I am thinking until SEMA. Maybe after SEMA I may try to sell it and start the next project. Who knows though

cwgphoto   +1y
i love it! where did you get those window handles?