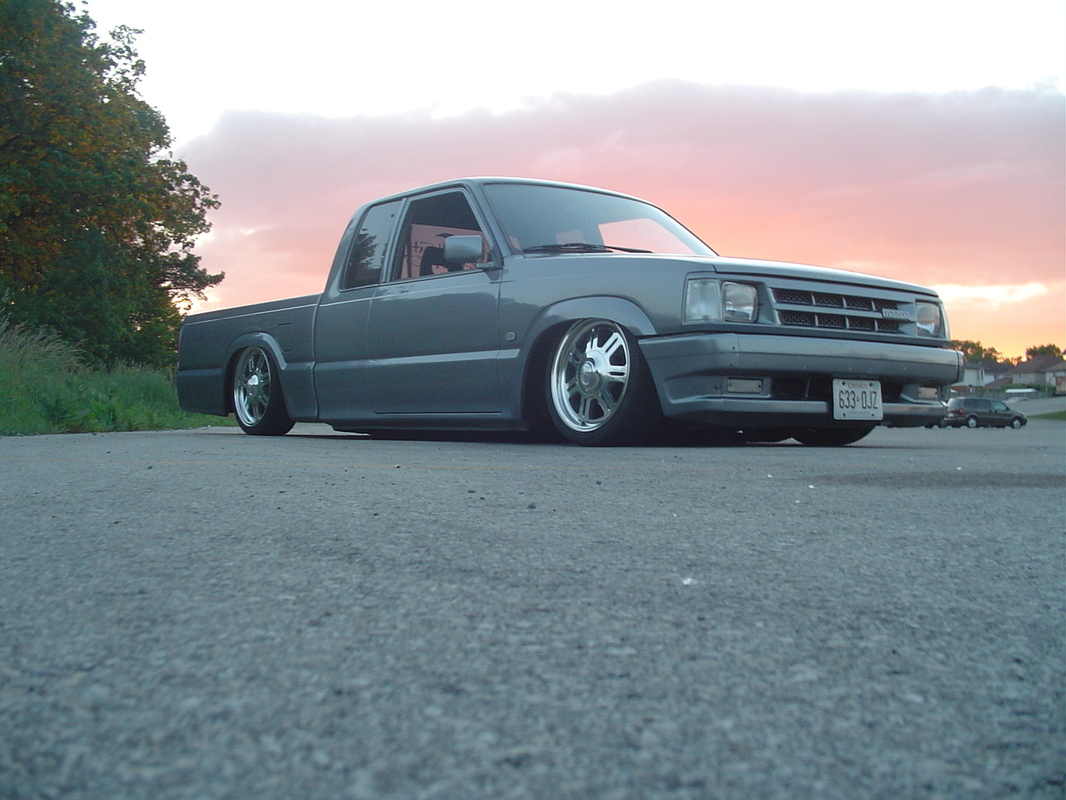 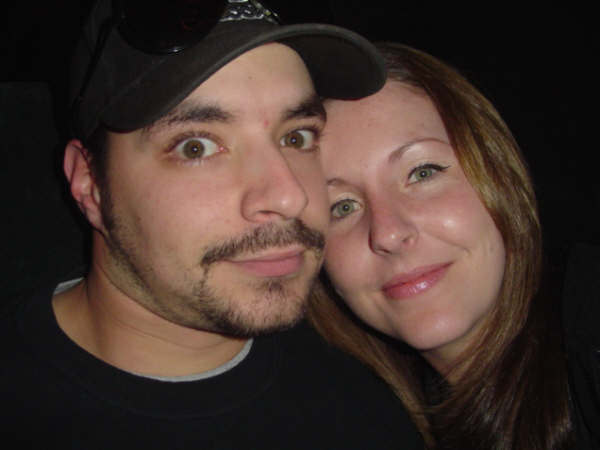 So, where do we begin, do you own any other rides?
oh yeah, I got a 95 Toyota 4runner, and I did have a bunch of other Mazda pick ups, 6 in total
Holy crap. 6 Mazdas is crazy, were they all drivable, or were some just part trucks?
3 were parts, 3 were drivable
So what was your first vehicle then?
haha 1981 Chevy citation X-11, I never got it on the road, but the Maz was my first on the road
I loved the x-11
Ha, I have never even heard of that, was that a truck?
really? it looked like a Chevette on steroids haha
I&#039;m looking it up at cardomain.com now 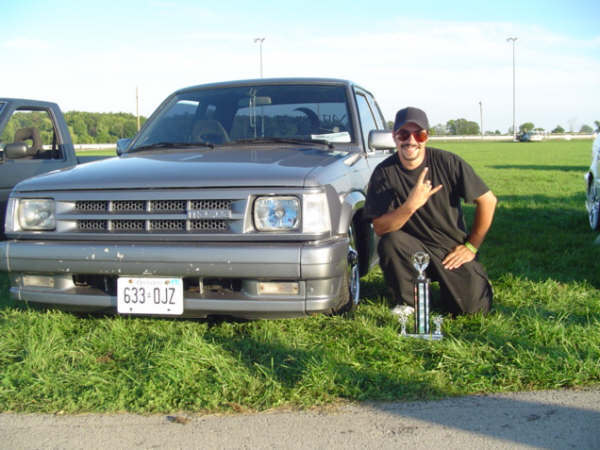 So what is the legal age to get a license in Canada?
here in Ontario, it is 16 for your beginners, and then 8 months later u can drive all you want
Ok, 16 here in pa, then 6 months for your license
So did you pass on the first try?
written test: fuck no, road test: yup and she was good lookin!
Ha, nice! That&#039;s funny u remember though, that was like 10 years ago
ya man
She must have been real good lookin!
ya man she jumped in and leaned the seat back and relaxed the whole time
It&#039;s been great to have guys on the site trying to give the knowledge they know to others
Have you ever got together to help a guy bag a truck because they had no idea what they were doing?
ha ya, a few times, I just go over and give them a crash course and let them do the work and I watch
So are you in any truck clubs?
yes, I&#039;m in Midnight Creations, It&#039;s a club I started myself when I was 18, it&#039;s a small club but I like it like that
What made you want to start the club? Were u friends with all the people in it? Or were you looking for new people to join?
well it was when I could work on my truck. I worked afternoons and the only time I could do any work was around midnight and I did that for a long time so I gave myself that name and had a few friends that were the same way and that&#039;s how we started
So we begin to tear off the a layer to understand better what midnightmike really means
Ha, well that&#039;s cool. So do you live by yourself, in a house or apartment?
ha hell no, I live at home with my parents, they wont let me move out till I&#039;m married, (old skool parents)
niiice
in a house that&#039;s too big, but I like the garage, home is great
So do you get along with your family, are you pretty close to them?
yes we&#039;re a big family and we&#039;re all pretty close. Im the youngest
How many and how old are your siblings?
4 more...sister 39, sister 37, brother 36, and my twin brother who is 1 minute older then I am
You&#039;re a twin! no way. is he a mini trucker?
no import guy, but not the stupid ones. He&#039;s smart about it, he really likes the minitruck scene though, always come out with us
Interesting. It&#039;s great to have a brother to be interested in the same things. I never touched a truck until my bro started to get into them
ya were always hogging the garage
Now its one of the things we spend the most time together doing
nice it&#039;s the way it should be
So do you guys have your own garage at home? have all your own welding stuff, pretty much everything u need?
I got most of the stuff at home, like welder, air compressor, air tools, and all the fun stuff, but if I need a hoist I have a few buddies I can ask
So what&#039;s the area like that you live in? I&#039;ve never been to Canada
relaxed, cold in the winter, hot in the summer. The city I live in is not too big, but big enough. Downtown sucks
So tell me about your job. what you do, do you enjoy it?
its cool I guess, it&#039;s a major company so I get all the benefits. My management here is laid back and we get along great. I install stereos, alarms, remote starters, and any other stuff u can put into a car. I like it, lots of people around and I actually have fun coming in most of the time 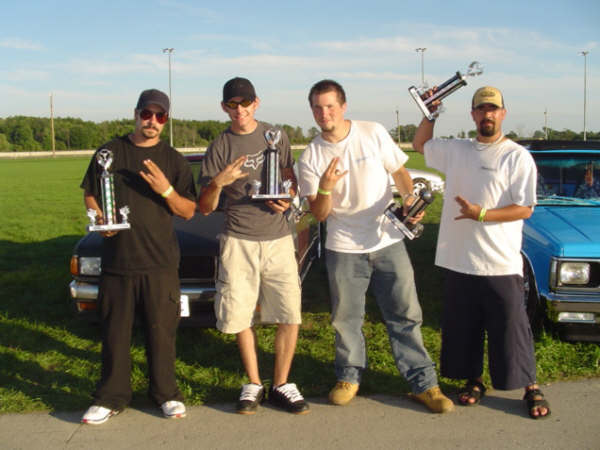 How long have you been doing that for?
I&#039;ve been with Future shop for a year and a half, but I&#039;ve been in this trade for 8 years
Did you have any other education other than high school?
nope
I hated school
Like you hated being in the environment, or what?
I hated going to class, I liked going to school to hang out with my friends but hated being in class 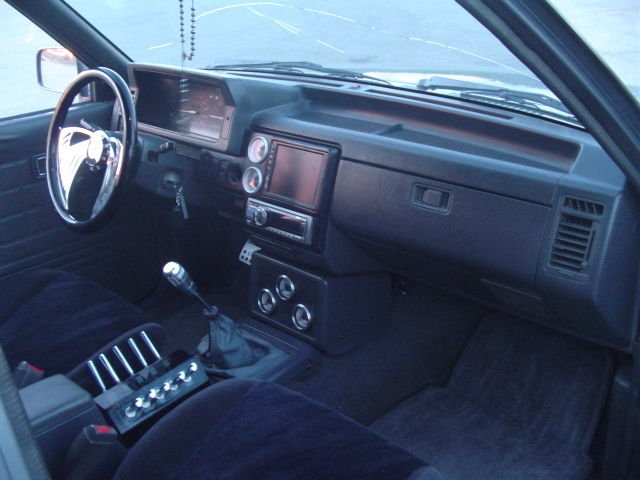 So if you could have any job in the world, what would it be?
hotrod fabricator, that has to be the coolest job, or hotrod builder
Would you want to own the hotrod business, or would u just want to build them?
fuck ya!!! either or, doesn&#039;t matter to me
So you would want to build them from the ground up?
that&#039;s the only way to go
What makes u interested in hotrods?
hmm. I guess its because I like building stuff and coming up with stuff, and the love for old cars
Are you thinking about building one in the future?
probably if the money is right
That&#039;s def not cheap to build those
ya it&#039;ll definitely keep me busy
So mike, be honest, how are the ladies treating you these days?
good, I&#039;ve been with my girlfriend for a whole 8 years
Holy crap
hopping to get married sometime soon
What are you waiting for, a couple more years? haha
ha, no money. I need to stop spending money on my trucks for a little bit, it&#039;s addicting though
Is your girl getting impatient, or does she understand your addiction?
ha a little of both
Does she like to go to shows with you?
yup. she gets bored sometimes
Have you ever asked her to put on a bikini and pose with your truck, or would you?
nope, ill get some other chick to do it though, but I have too much respect for her and I don&#039;t feel right doing that. Don&#039;t get me wrong, she&#039;s 5&#039;1&quot; 90lbs and sexy, but she&#039;s mine
Nice, now that&#039;s what I&#039;m talkin&#039; about, a man who can respect his lady
I try my best
So what do you like to do in your spare time when your not working?
work on cars and trucks, build random stuff, watch movies, hang out with my friends and girlfriend, and just plain out doing nothing, sitting on the couch and do nothing at all
What kind of &quot;random stuff&quot; do you build?
hmm, some odd fishing stuff for my dad, and other random stuff I cant think of right now for some stupid reason
What&#039;s your favorite movie?
oh that&#039;s a hard one, I have a few. Old School, Super Troopers, Wedding Crashers, and there&#039;s others like X-Men and Dukes of Hazard
So have you ever been featured in any magazines?
nope, it&#039;d be nice to, but that&#039;s not a priority, I didn&#039;t build my truck to be in a magazine, I built it for me
Good stuff. so do you think the minitruckin&#039; scene is getting more popular or declining?
it&#039;s getting popular, but then there&#039;s those people just do it for the sake of doing it, not a true minitrucker, we like to call them ricers in a minitruck disguise. we have a few of them around here
Is the minitruck scene pretty popular in your area? like other clubs and stuff?
ya it&#039;s getting big. there&#039;s quite a few small clubs around here and when we are at shows we all get together and have a good time, everyone pretty much hangs out with everyone. That&#039;s what I like the most
That&#039;s sweet man, I wish I had dudes to hang with around me
move to Canada ha
Ha, I think I would move south or west before I go to Canada, we have like the same weather as you
Bad winters, and hot summers
it&#039;s not that bad, the snow is fun when your in a 4x4 or being pulled behind a car
I would trade it though for like 300 days of 70 degree weather and sun
ya me too
So is your truck pretty much complete or will you do more stuff to it?
it pretty much was, but I went and ripped it apart again, changed some stuff in the bed and I need to finish up the interior
Well, what are you currently doing?
tubing the rear wheel wells, changing the tank set up to something that looks neater, and a spray on bed liner. and for the interior: custom kick panels and doors, and custom box. nothing crazy, just good looking and simple
What are you tubing the wheel wells with?
I&#039;m using trailer fenders and bulk sheet metal
So are u just fiberglassin&#039; stuff on the interior or what?
ya just a bit of fiberglass to give it the custom look, but I also want it to look close to stock
Any memorable stories or moments with your truck?
hmm, man there&#039;s lots, I guess one of them is when I was in a major car accident, I was hit from behind by a cop that was going 75Km/h and totaled the truck pretty much, I was heart broken, I&#039;ll feel like an idiot for saying this but I actually cried. when I got home from the hospital I thought for sure it wasn&#039;t fixable, but a little hard work and dedication she was. And better then before
then the other time was when all the electrical caught fire, I thought it was done for sure then, it sat in the garage for three years and then I had a bet with some buddies that it would be out for the start of the show season, and it was 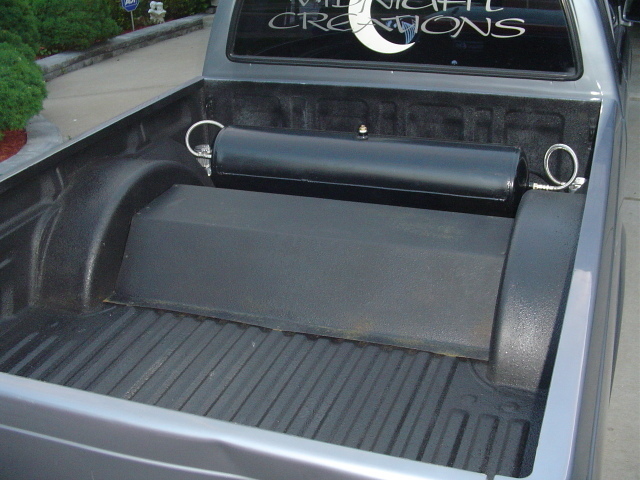 That&#039;s some good stuff bro
Well that&#039;s pretty much the end of the interview dude, how you feel?
good man. It&#039;s odd having an interview like this, I&#039;ve never had one
So what was your reaction when you saw a new website just for the B-series?
It&#039;s about time! and I was excited to talk to other Mazda owners. It&#039;s a new site and growing fast, its well maintained and I enjoy going to it
Thanks for being the guinea pig for this interview. I really wasn&#039;t sure how it would go, but it went great. Took a little long, but is was good
And how do you feel being the first interviewee?
I feel privileged, and I thank you guys a lot
Any last words for the readers...
minitruckers are for life

There you have it, the first ever interview for the scenes. Took over 3 hours, but I really enjoyed getting to know Mike. In a nutshell, he&#039;s a down to earth Canuck who has owned more Mazdas than anyone I know. And I heard he&#039;s taking donations for the need to get married and move out of the house fundÂ just in case anybody wants to pitch in. Hope you enjoyed the first featured interview, and be sure to keep it real. You might be up next!

This blog has been viewed 9550 times.