How To Delete Air Injection Lines: Or as many call it &quot;Those ugly steel tubes on the exhaust manifold&quot;


Since I've received a few PM's about this modification on my truck I thought I'd do a small write-up on how it's done.


When I first bought my truck the previous owner had tried to delete a lot of the emissions equipment under the hood and really hacked up the air injection lines that run from the exhaust manifold and catalytic converter to the reed valves on the air cleaner. My truck also had a very bad smoking issue and since these pipes were now leaking at many different points I now had a problem with large amounts of smoke coming from under the hood. Like many of us, he had also tried the old &quot;cut off and crimp the end&quot; trick but it still smoked a little, leaked a little oil, and just looked horrible in general.

One day I decided it was time for all this mess to go since it wasn't doing anything short of taking up space and looking terrible.


I first stared by trying to find something to plug the ports on the exhaust manifold. After some trial and error I found the thread pitch on the ports to be M14 - 1.50 and as luck would have it there's also a Honda oil drain plug available in that same thread size. I went to the local AutoZone and picked up 4 of these plugs. They didn't have 4 of the same part number so I had to split up into 2 and 2 of different numbers. 2 were Needa Part PN 652946, I don't remember the part number of the others and have since lost the packaging, but the important thing here is to purchase the shortest ones they have.

The ports aren't tapped very deep so shorter plugs work better and in some cases you may need to install a large washer (as can be seen on 2 of mine) or just keep running the plug in slowly and allow it to cut some new threads. The plugs are VERY close to the needed depth so it shouldn't take much. If the plugs you purchase bottom out early and still have a lot of visible space between the manifold and bolt head I suggest installing a washer to make up for the difference.

For the tube that connects to the catalytic converter:

All I did here was make a block-off plate. I used a piece of 3/16&quot; thick steel plate that was close to the width of the mounting flange and cut it to length. I then used the factory metal gasket between the tube and flange as a template for size and spacing of the holes that needed too be drilled in the block off plate. After drilling the holes I painted it black to match and installed it using the factory steel gasket between the plate and flange.


Everything looked good enough to pass a visual inspection and so far the smog police haven't given me any hassle over the mod since it's fairly clean and simple. I'd think they'd be more inclined to give someone a hard time over tubes that have been cut off and crimped, but plugs and plates look a little more &quot;factory&quot; and don't seem to draw much attention.


Here's the mess as delivered. The previous owner had bent the tubes to the reed valves so I had a hard time keeping those connected and it's hard to see in the pics but the main line from the exhaust manifold has the standard &quot;cut off and crimp&quot; at the end of it. 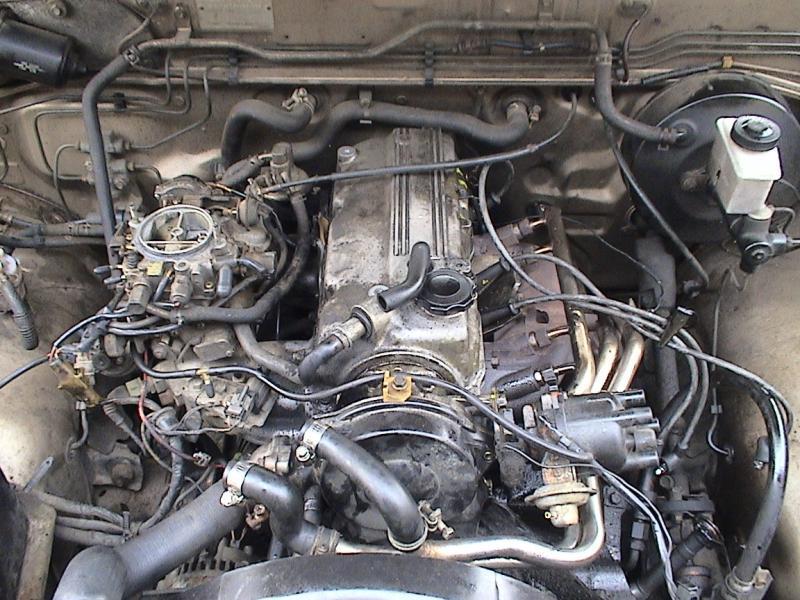 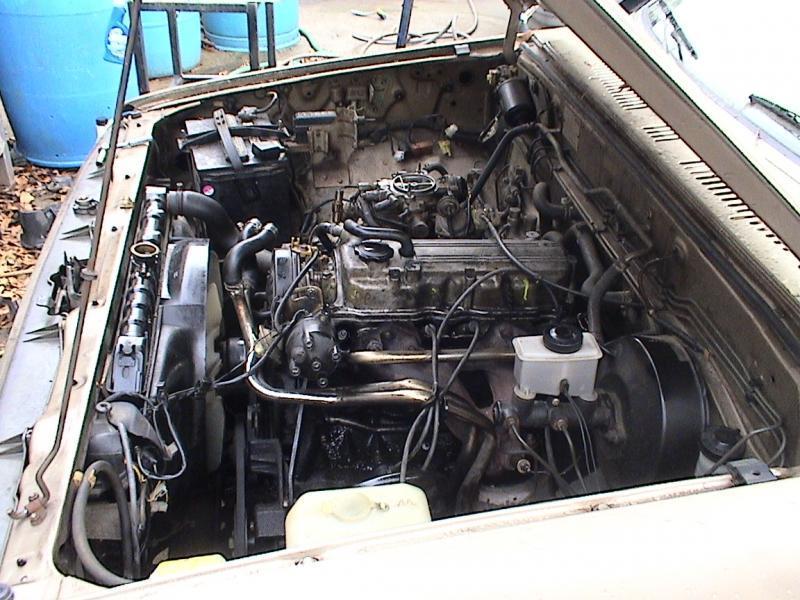 Here it is after removing the lines and installing the plugs. 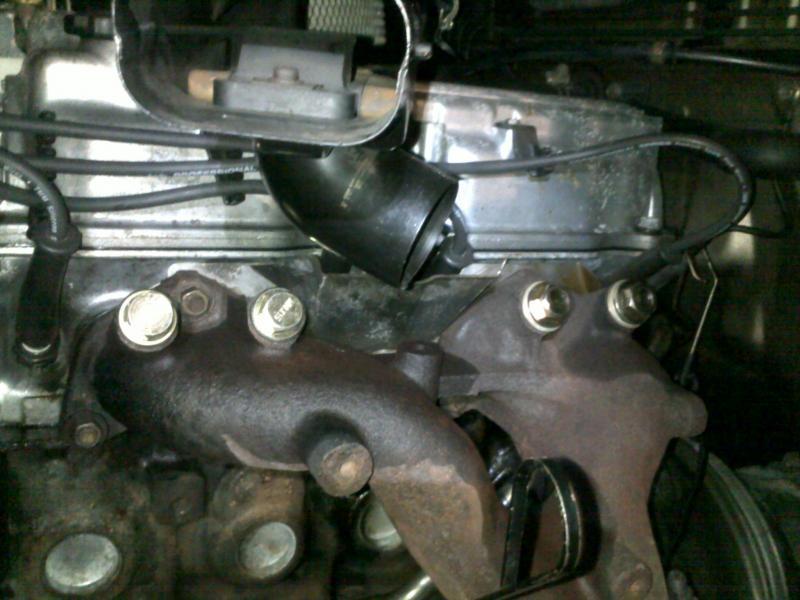 As you can see in this pic. I had to install washers with these 2 plugs. Luckily they came with the plugs 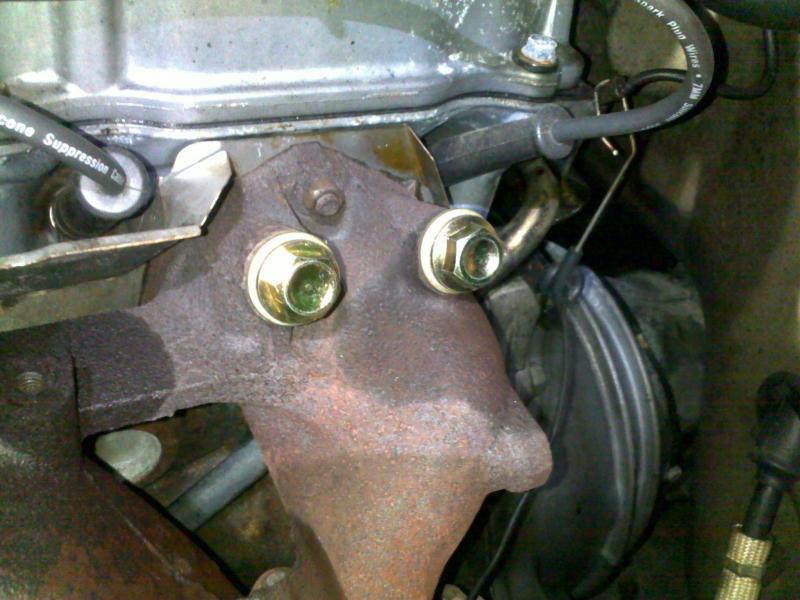 Here's a shot after a couple of months of service. Everything has the &quot;new&quot; burned off and blends in pretty well. You'll also notice the heat shield is gone. That's because I had an exhaust leak and since I'm a tightwad I went with the 626/MX-6 gasket ($7) instead of the B truck gasket ($20) 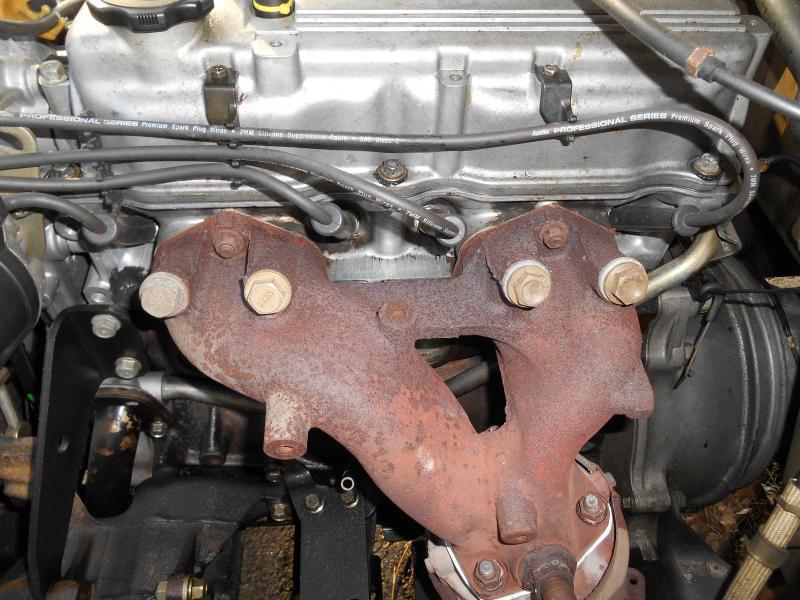 Here's a couple of pics of the block-off plate installed. I thought about doing 45's or a radius on the ends of the plate to make it match the flange better, but it still looks way better than the factory tube. This is all temporary on this truck anyway. 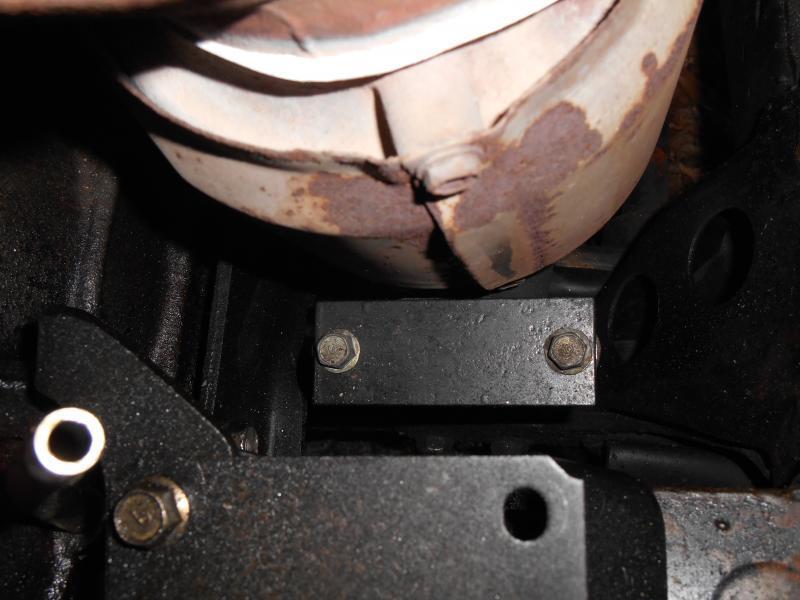 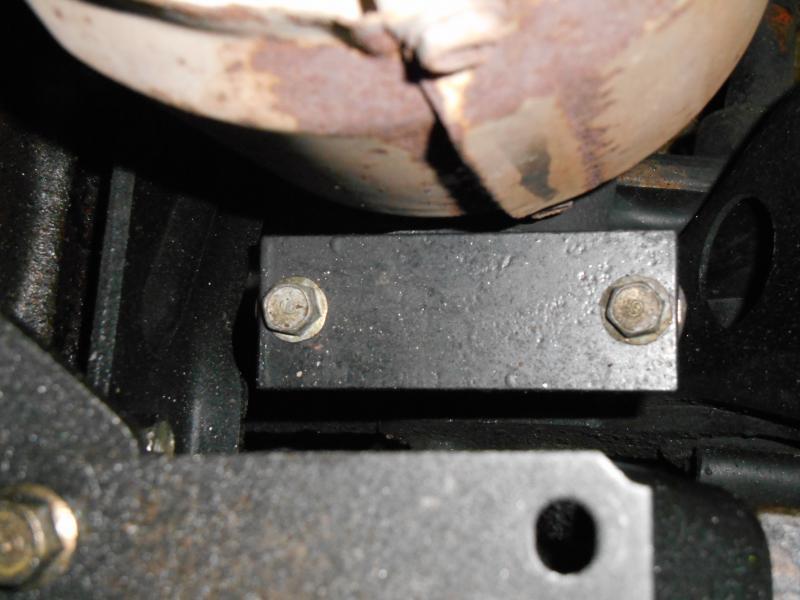 And finally a shot of everything together. You can see the block-off plate in the bottom center of the pic just to the lower left of the cat. 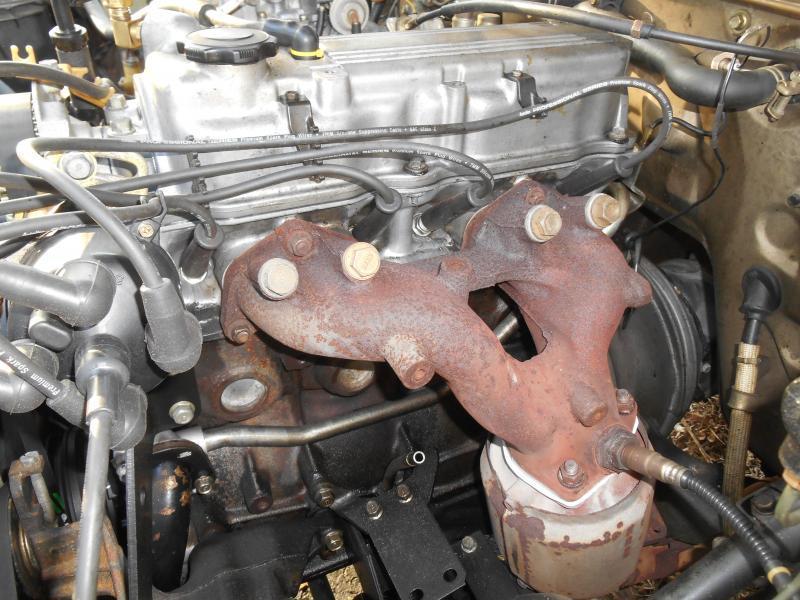 5150mikey   +1y
I see the stock carb. How'd you deal with the air cleaner housing and everything?

zanzer   +1y
Sorry Mikey, I didn't think about it until after the fact that I should have added that information too...my bad.


I'm running an aftermarket air cleaner on mine and ditched the factory one. But before that I was going to remove the reed valves from the factory cleaner assembly and just plate over the hole and paint it black to make it match. Pretty easy mod with some flashing and pop rivets or thin aluminum and some small screws.

emjay   +1y
When I did this on my first truck, what I did was to take the air cleaner, cut off the sides, and made an open element air filter, Chevy style. I still have it in my shop actually. Sorry no pics.

stantheman   +1y
Thanks for this, was just searching for a plug size for the egr ports and came across this. As far as the block off plate Im not too worried about that part but will probably use this idea when it comes down to it.

oonyong   +1y
did my egr delete this afternoon, here is a pic of what can all be removed with a stock carb.
remove the two small vacuum lines from the solenoid and pull out the t fitting, remove a ten mm bolt from one of the three hose clamps and plug the line. good to go.

chaserjohndoe   +1y
You should see the pile off parts I took off when I did mine. And the pile gets bigger every time I get near the truck.

dangersoulylow   +1y
what about off the headers mine has that exhaust recirc how did u take care of it... i might have missed it

getnpsi   +1y
Is there a part number to buy for an aftermarket cleaner that is open that bolts right on? Zanzer didn't reply to me =/

dan woodland   +1y
There are a number of places to get one...