Ok, I've never done a write up, so bear with me. I've seen people asking how to reset the mileage to 0, i did it and haven't had any problems. It was quite simple, hope it helps. I am resetting the mileage on a cluster with the tach included, I think the cluster without the tach is probably similar with some differences, but hopefully is the same principle. 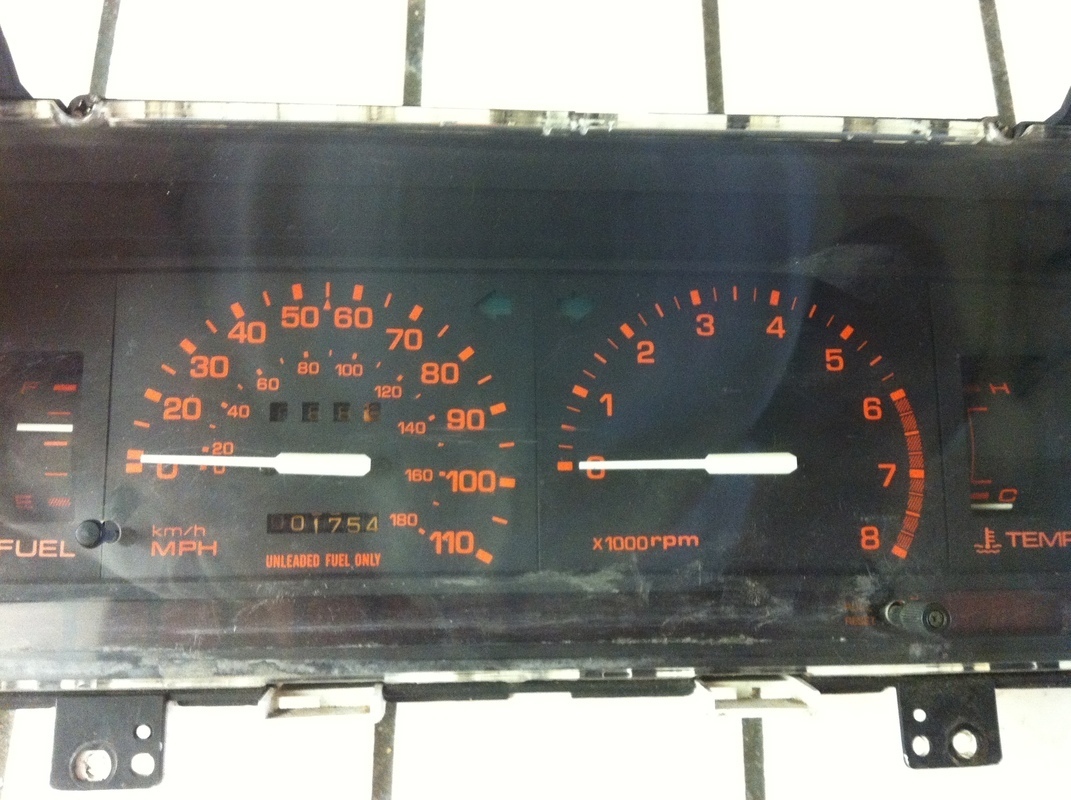 Take the top 2 screws out of the front, and then along the sides are clips holding the plastic cover on. un-clip it and pull it off. 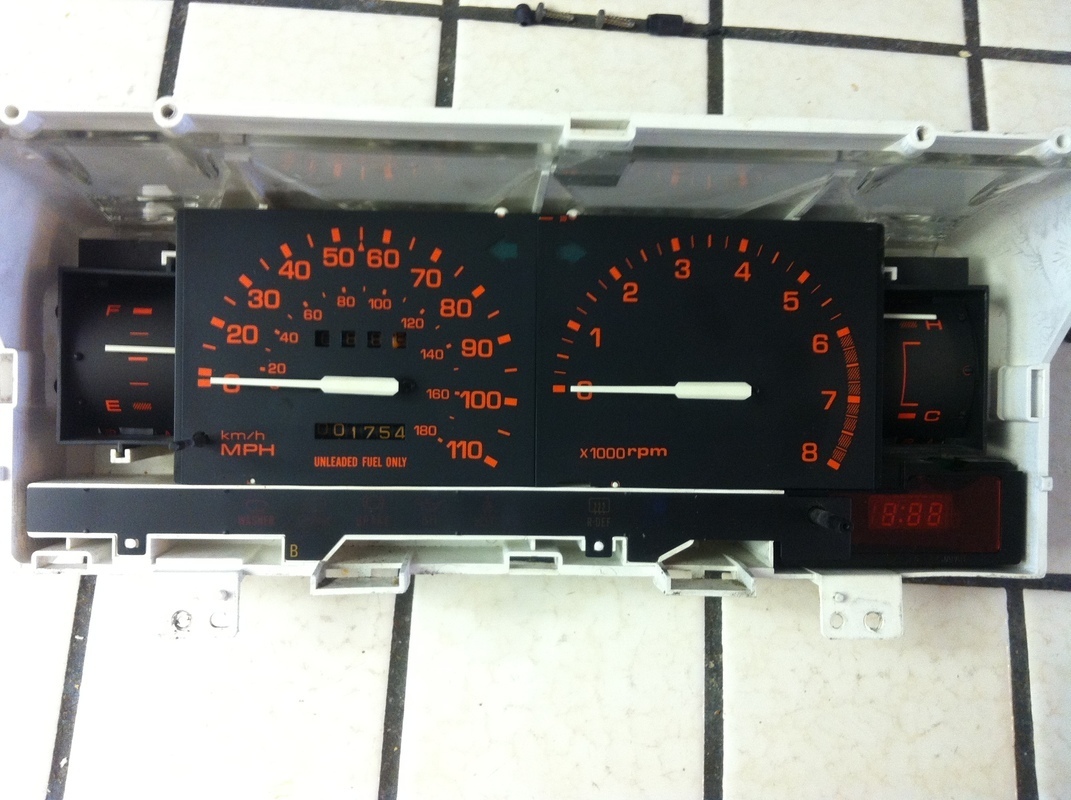 There are 4 screws around where the speedometer plug in, take them out(Circled in red) 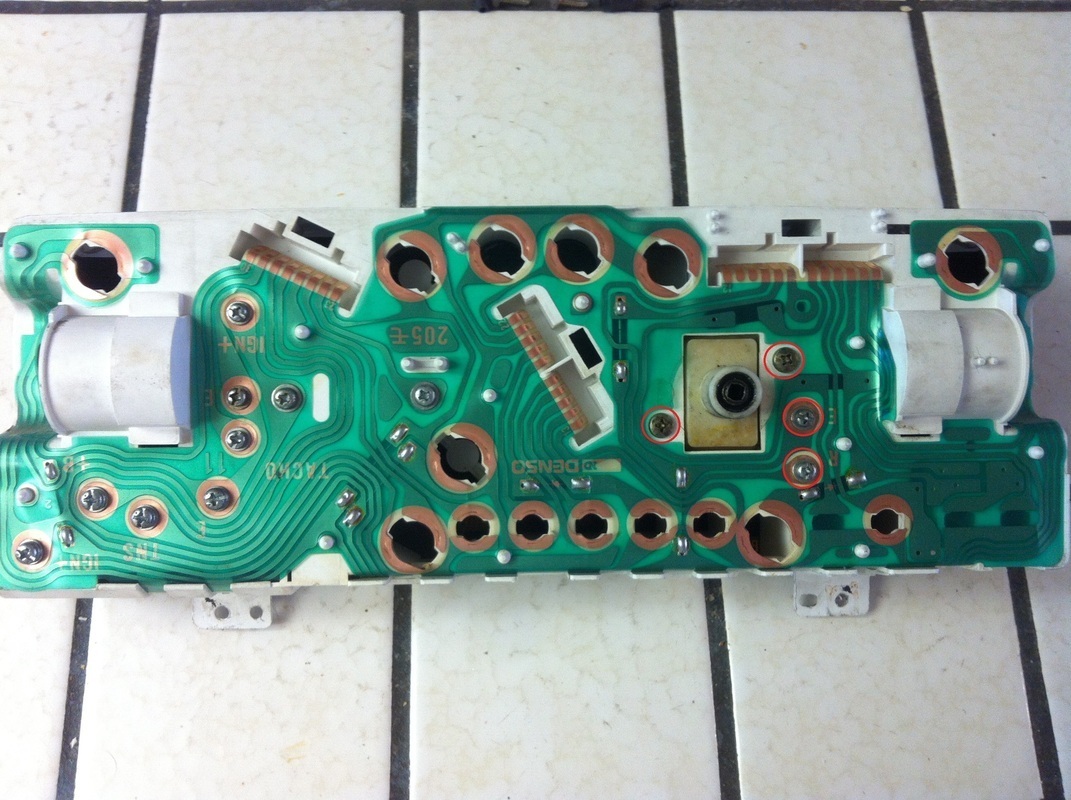 Take the guage out, then pull the needle off, this one is plastic, but the cluster without the tach is a thin metal strip so if you're doing it on that one, be careful it bends real easy. Then remove the 2 screws and the face comes off 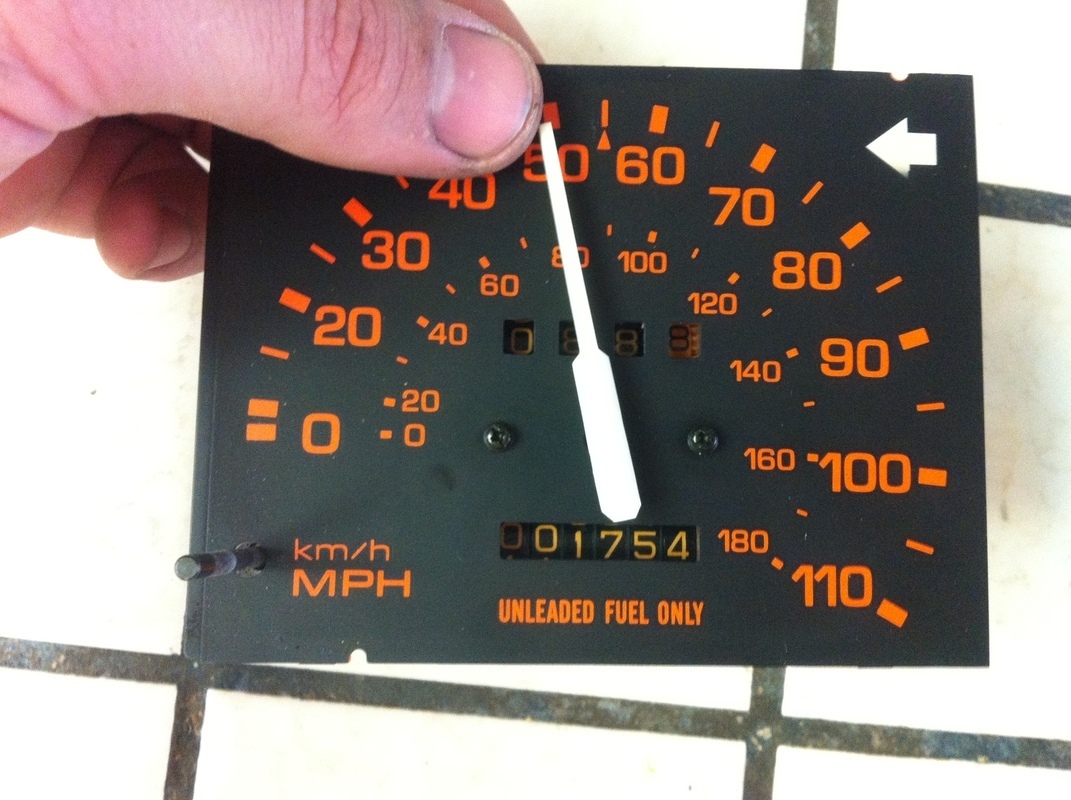 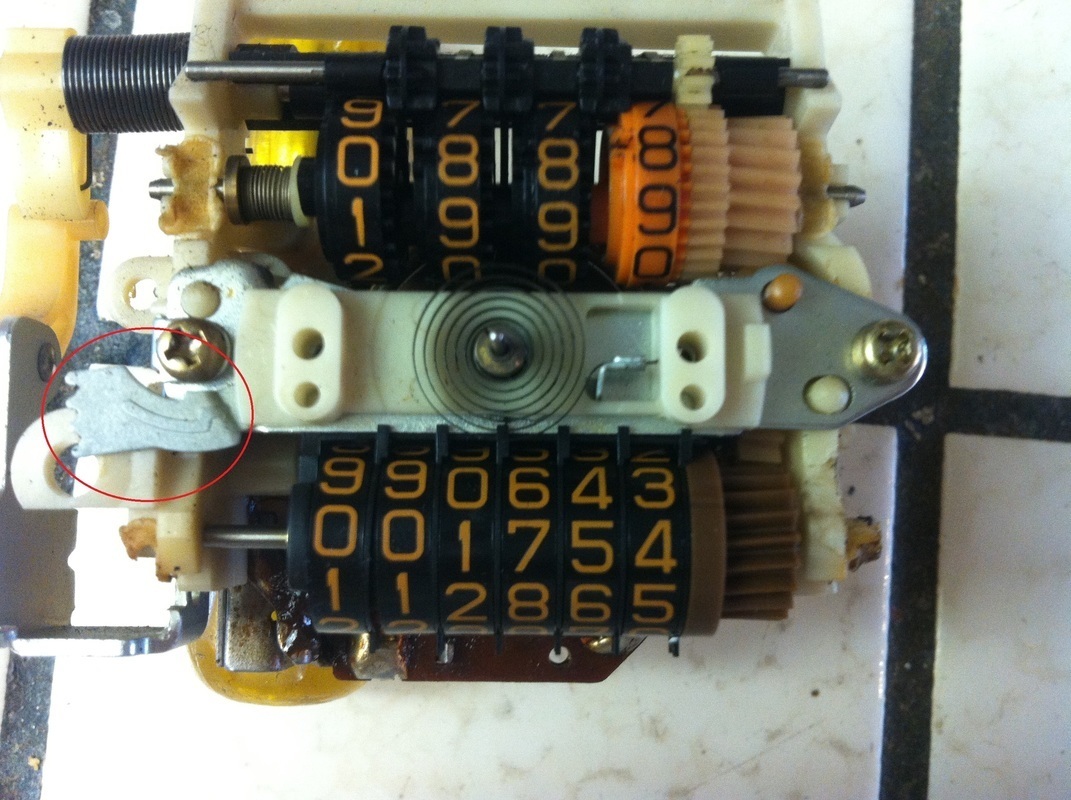 Going to remove the numbers now, it is held on both sides with plastic clips, that are melted so it doesn't come out, maybe a tamper proof sort of deal. I broke it the first time i reset to 0, but some superglue and a soldering gun and it melts back together. To take it apart, if you're careful, i used a razor blade and heated it up using flames from stove(or a lighter) then opened it up so the rod will come out easier, you only need to do one side, the other you can slide it out of. 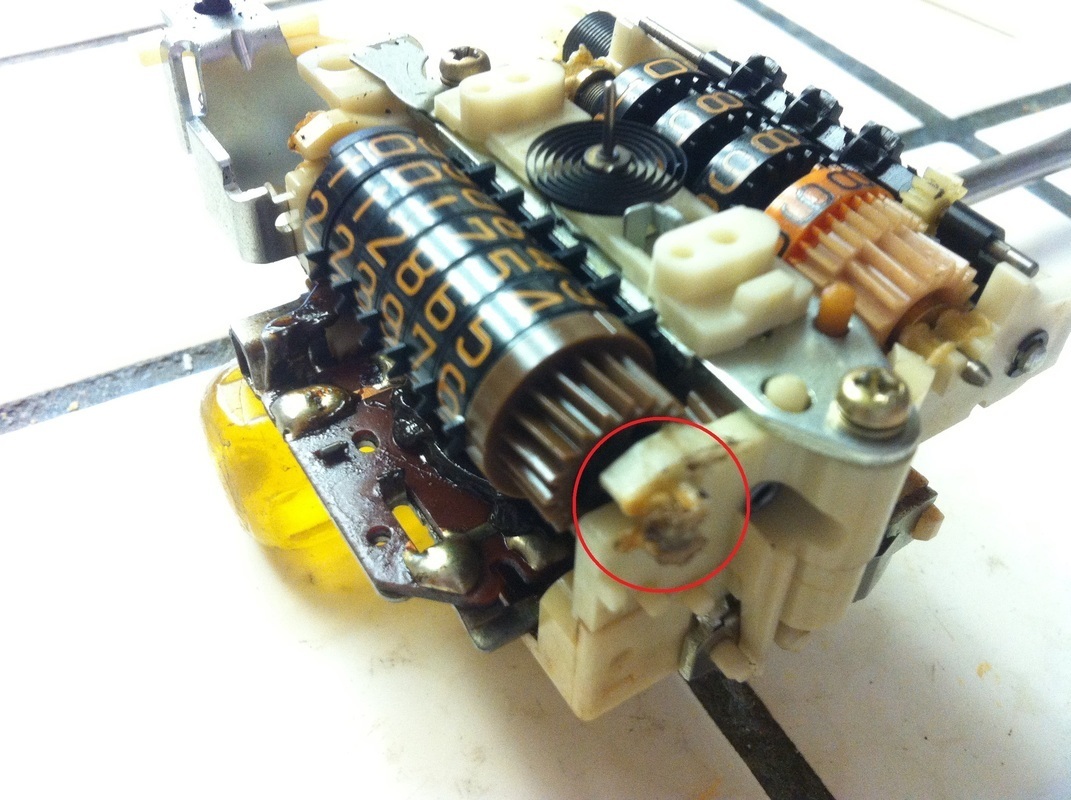 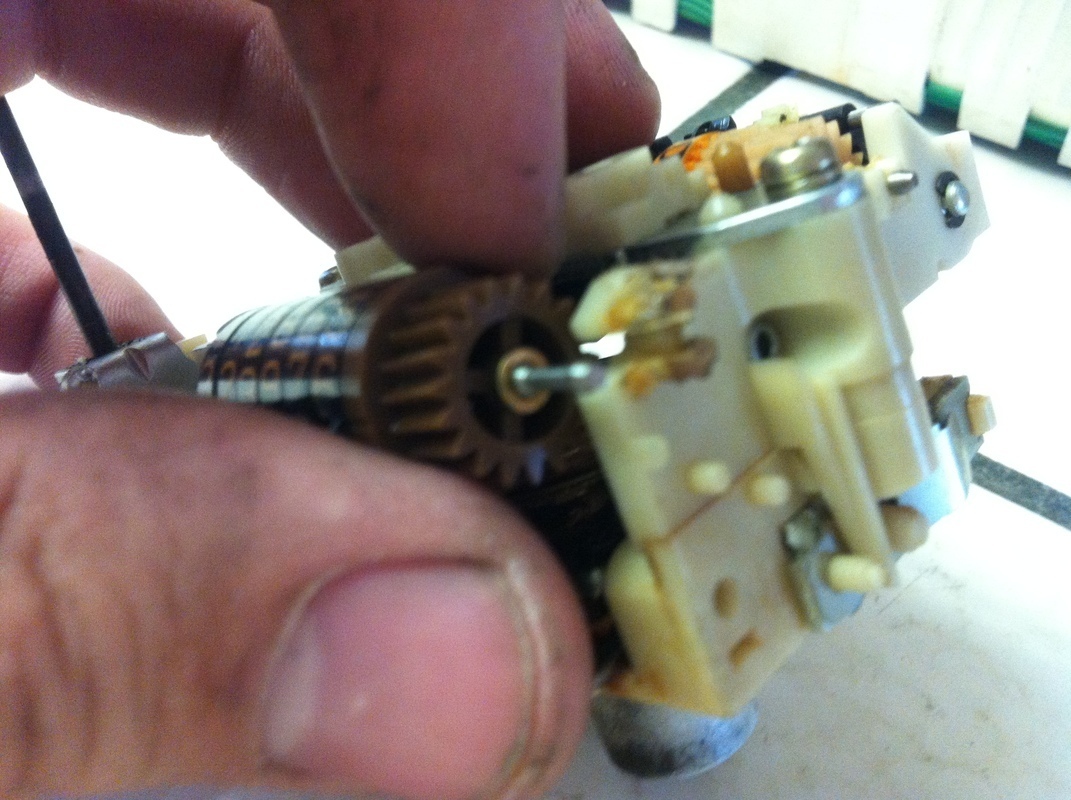 Now its out, not so hard. 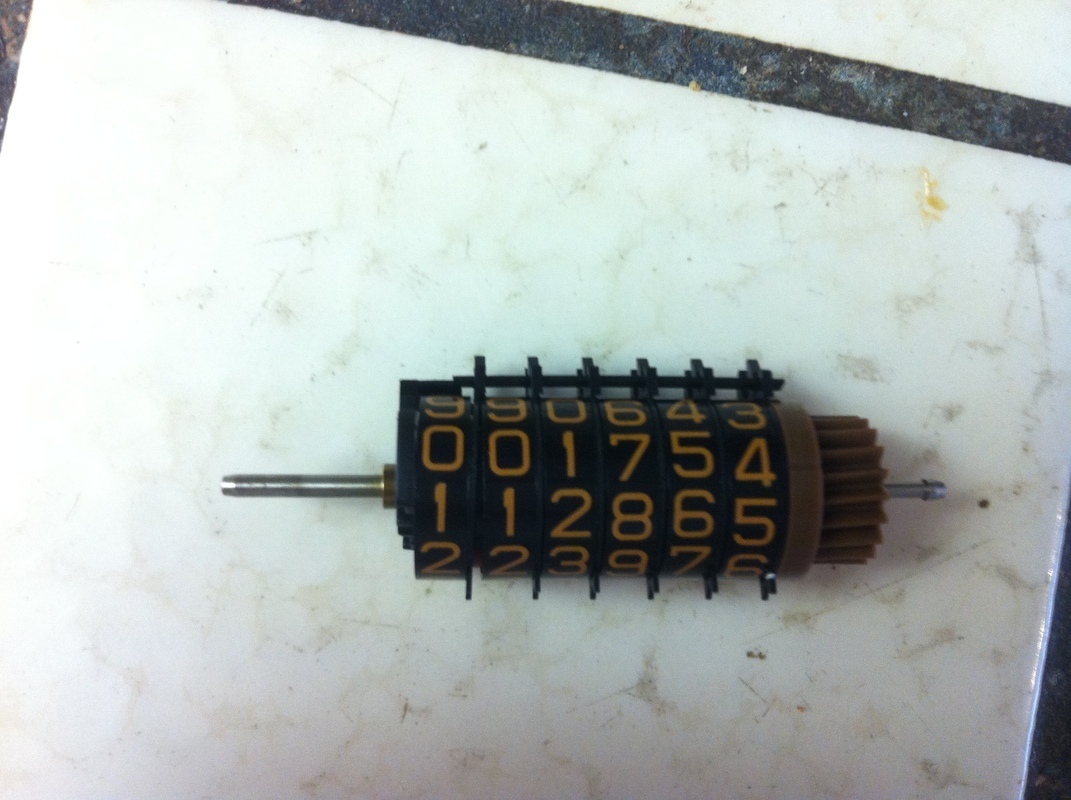 There is a plastic clip that holds it all together, it just pops off. 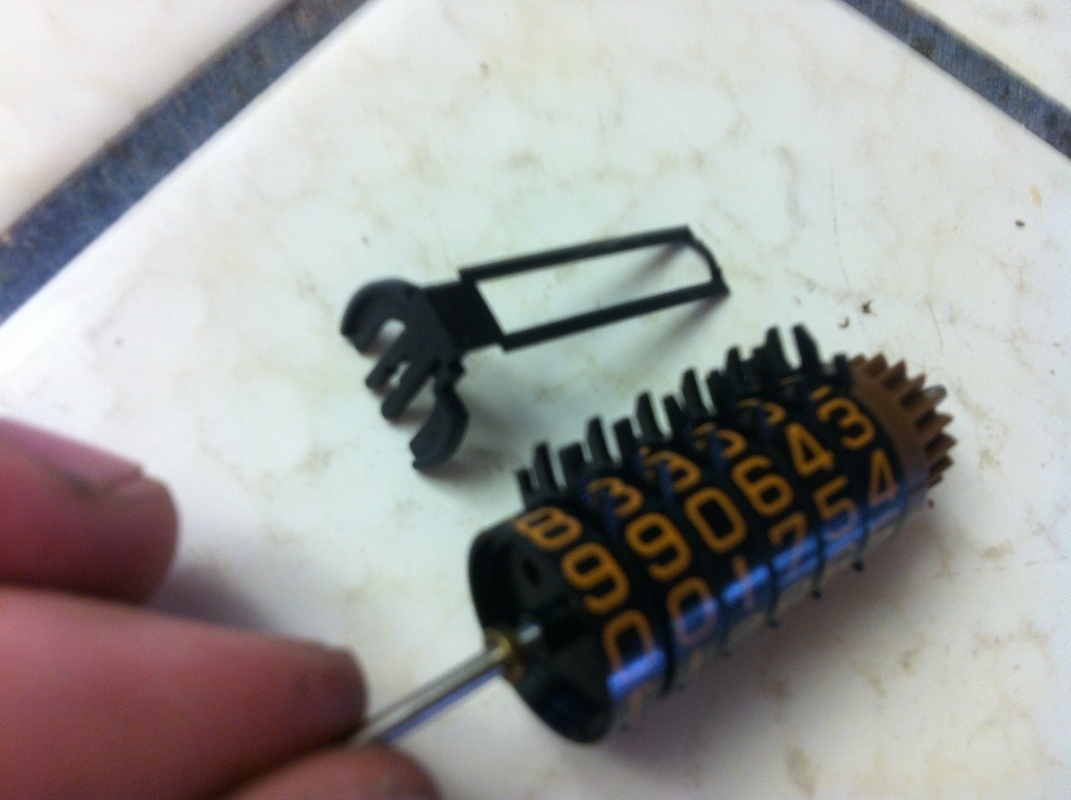 I rolled it back, then forgot to take pictures so the mileage isnt what it was. you want to start at the far right, slide all the numbers to the left, then start moving the numbers and the spacers. 1st spacer on the far right is pushed over, then roll the 1st number to 0, then slide it next to the spacer. Then move the next spacer, then the number to 0 and so on. Make sure the spacers are all pointing up(12 o'clock) and the numbers are 90 degrees off, so i guess 3 or 9 o'clock depending on which side you look at, in relation to the spacer tabs at the top. Another thing i learned cause i thought it would've been nice, was to reset to 999,999 miles and let it roll over to 000,000, well it doesn't do that, when it gets to 999,999 it stops and will stay that way.so make sure to go to 000,000 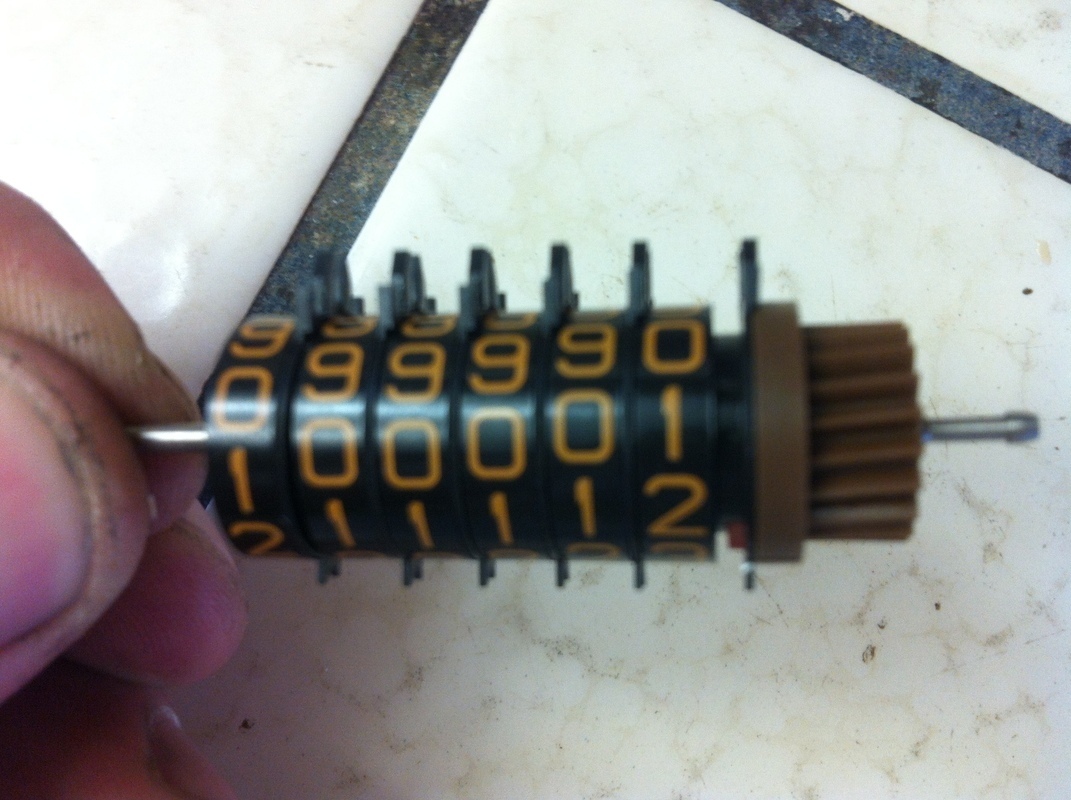 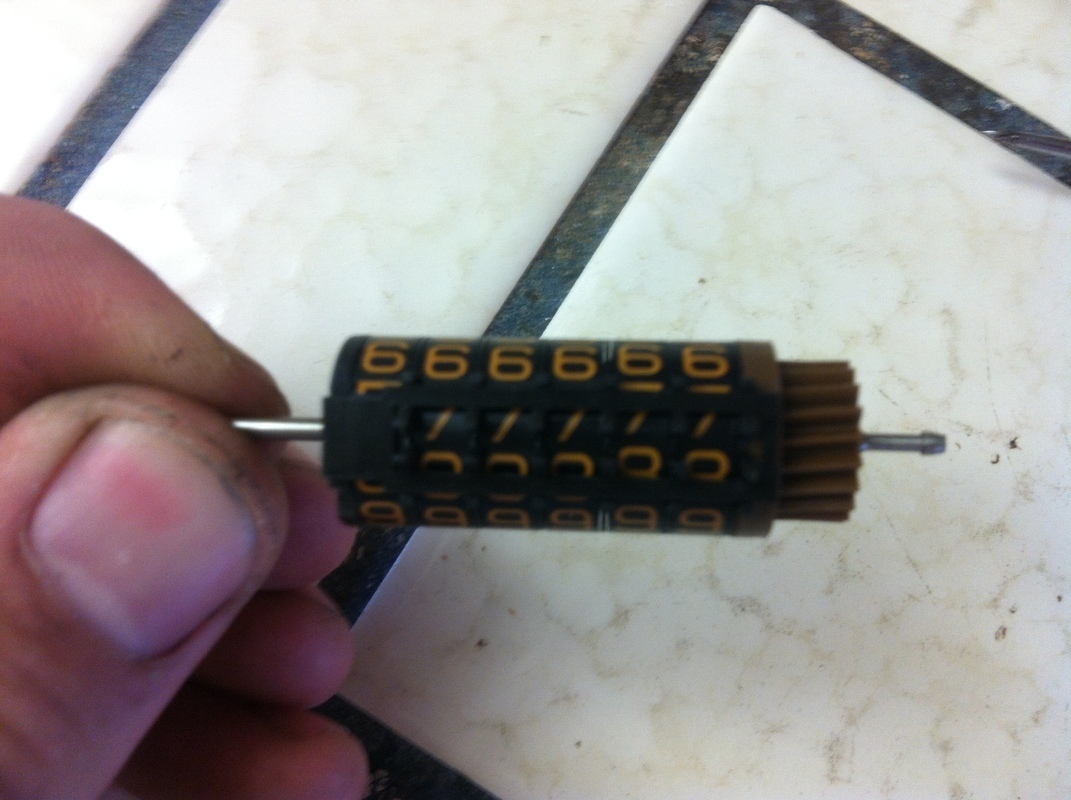 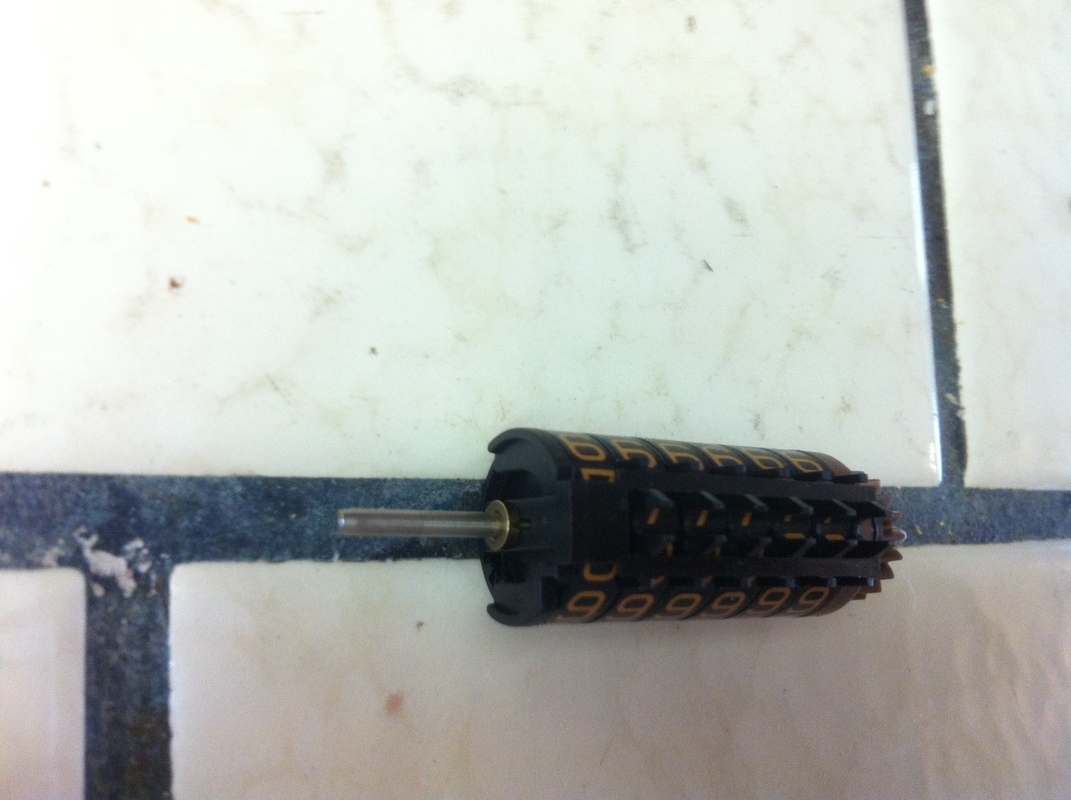 Now is when you need the soldering gun, install the numbers back in and make sure the gears on the right are lined up, then melt the plastic so it holds it in, again myne was broken, so i used super glue to hold it, then i melted the glue and the plastic to hold it together(watch out for the glue if you use it, when the heat gets to it, smoke comes up quick and kinda burns your eyes. so wear something, or don't have your face above it when you use the soldering gun. 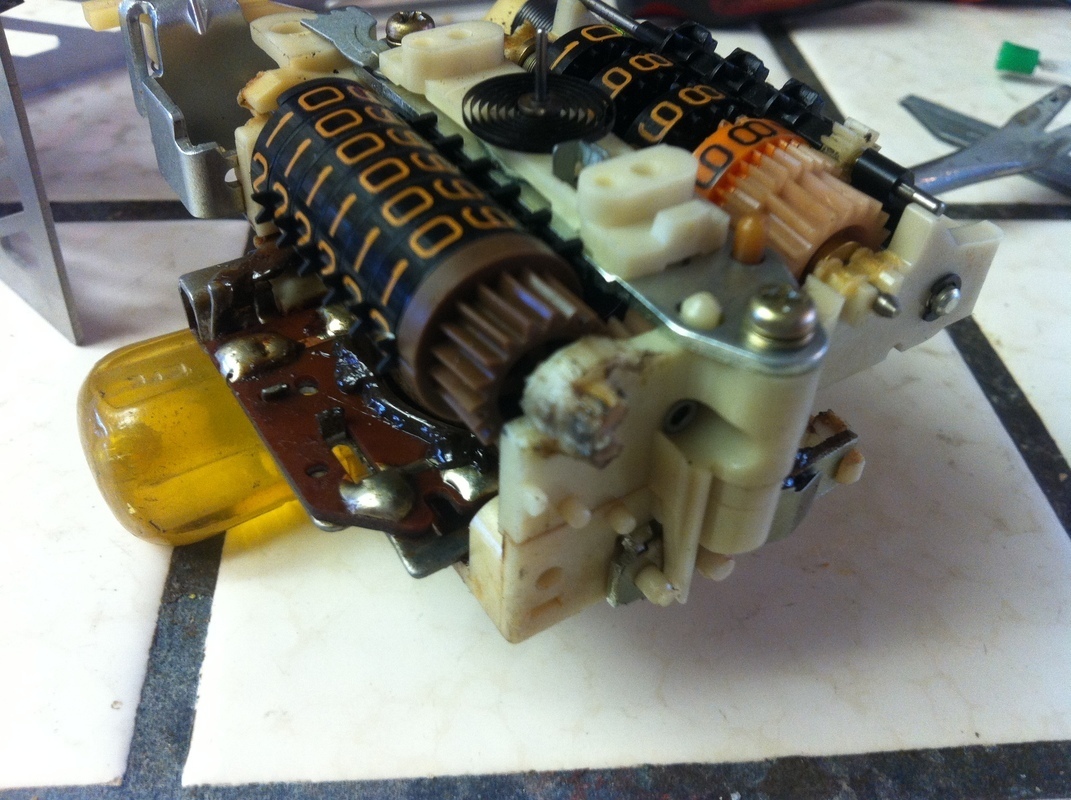 Put the faceplate back on, also make sure the needle is at 0 mph, or it'll be off when you drive and its annoying to see your doing 60 when youre really doing 55.(at least to me, i like things working correctly) 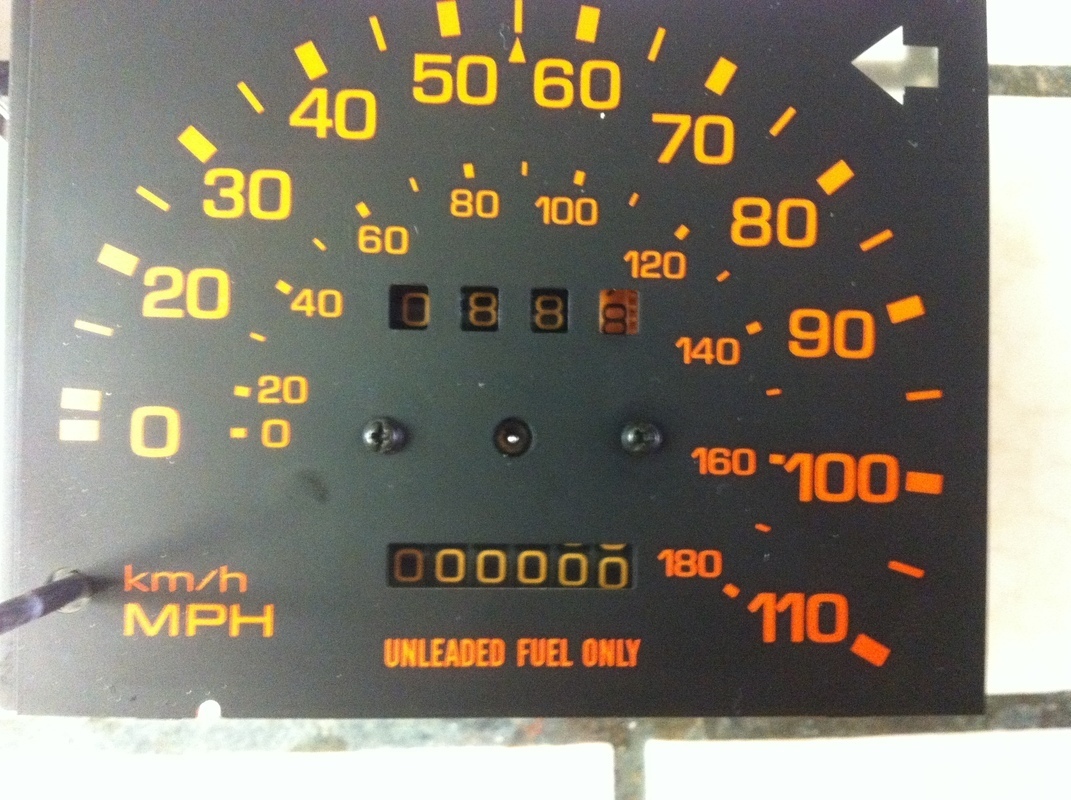 Reinstall back in cluster and put it back together. I still have 88.8 on the trip and now my miles are rolled back to 000,000 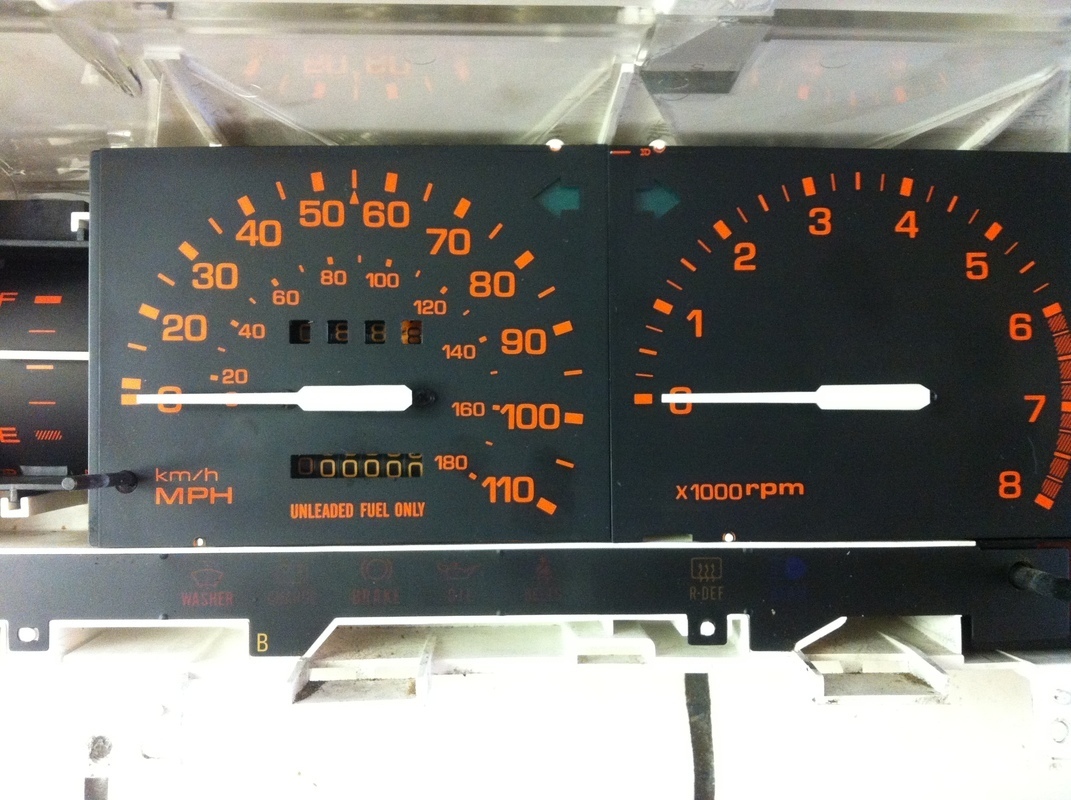 I hope it all works,and that I didn't miss anything.

kovz   +1y
Great write-up. Thank you for sharing and the detailed pics. With all the people that swap clusters to the tach ones, this will really help them out.

In my case, I did an engine swap and a cluster swap. So this will help me sync the new cluster with the new engine. Thanks!

itizmyne   +1y
No problem. Let me know how it goes and if I need to edit and add some things. 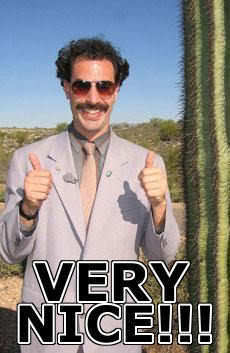 kovz   +1y
Ok, I'm going to need a little help here. Mine looks different than yours for some reason. I had to take out an additional few screws in the back, there there was a black and yellow wire too. Also, removing the numbers looks totally different than how yours is setup. Suggestions? 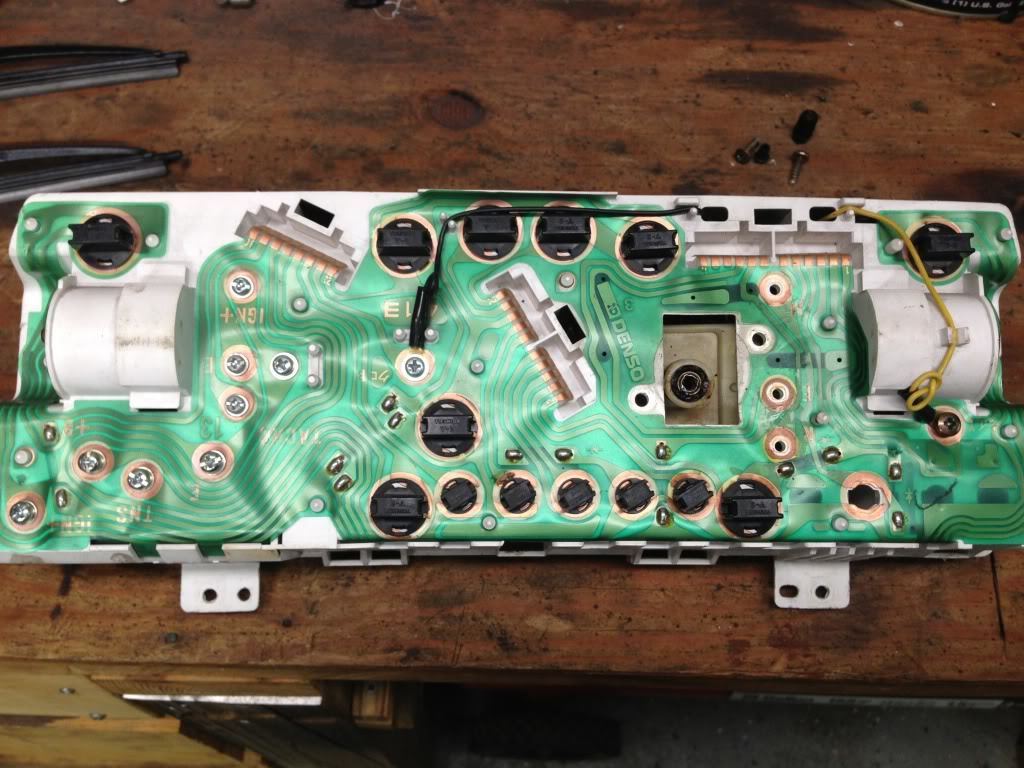 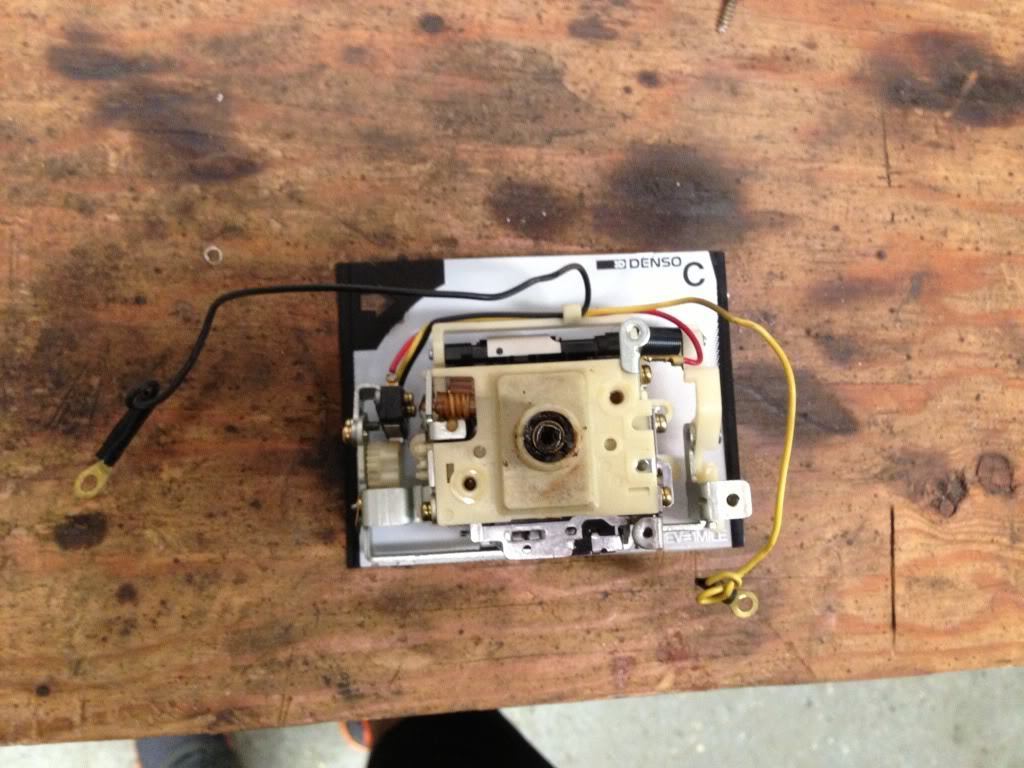 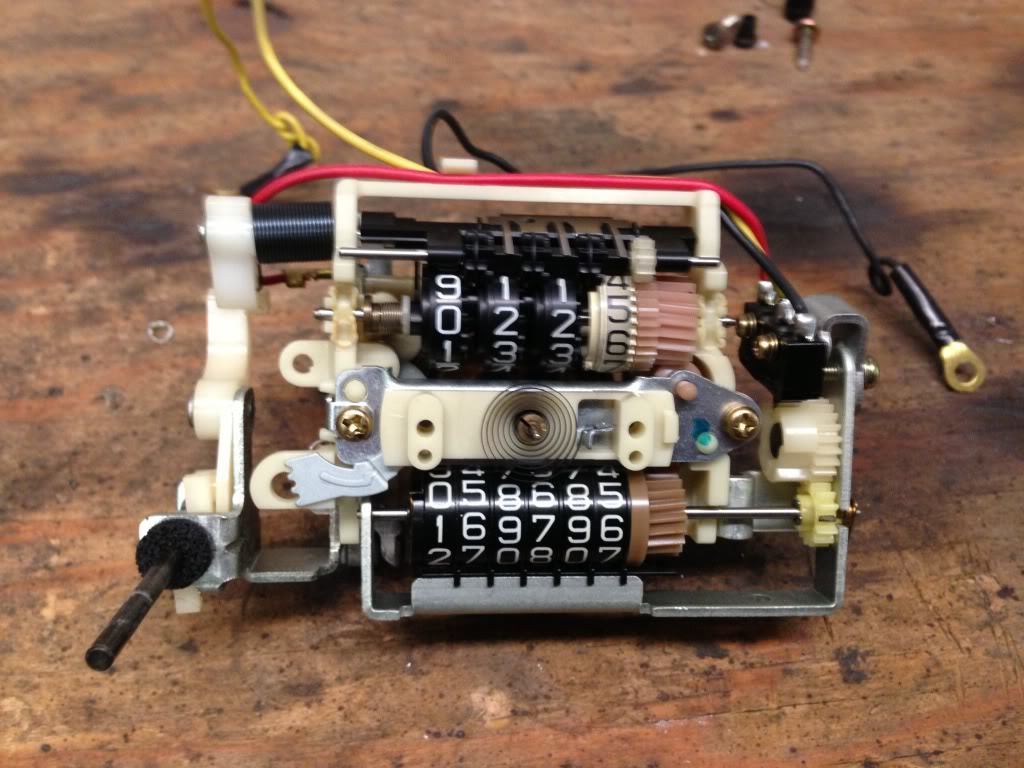 kovz   +1y
Well nevermind I figured it out. Had to pull the c-clip and white gear on the right. I was able to maneuver the unit enough to get it out. I reset it and reinstalled. Haven't had a chance to take it for a drive yet to make sure it still works.

It's tedious, but not hard to do.

If you cut and remove the black and yellow wires, you never have to reset the check engine light with that stupid, hard to find plug under the dash... ever again! 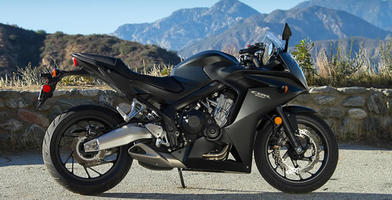 justinodono   +1y
What is the best way to remove the speedo needle I don't want to leave a bunch of tool marks on it?
Page 1 of 2