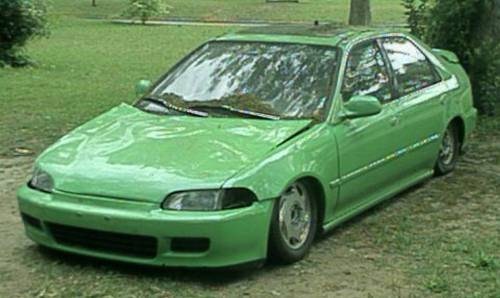 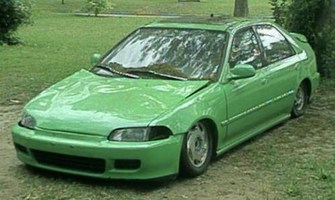 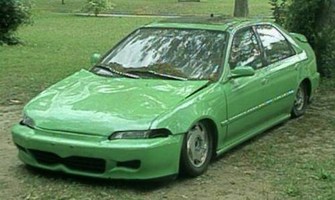 engine? what engine, oh you mean the engine block that is in the trunk?

custom dirt import from the ghetto

IT IS A PARTS CAR FOR GODS SAKE

doesn't have any struts right now, lays pretty flat, gonna start cutting to do body drop in a few weeks, really will have suspension with air shocks and laying front and rear factory bumpers

one crx on front, ghetto momo on front, 13" doodoos in rear, and 3 more CRX and 1 momo in back seat

body drop, sell as many parts off of it that i can, then either Burn it, blow it up, or drop it off the highest building i can find. 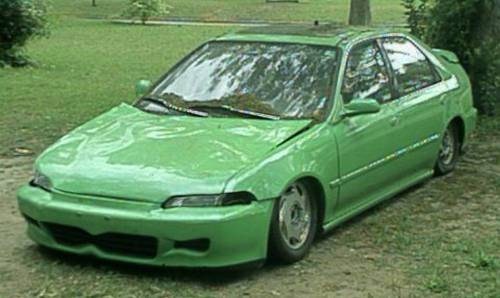