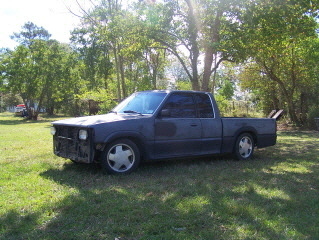 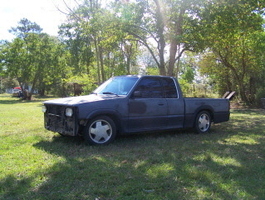 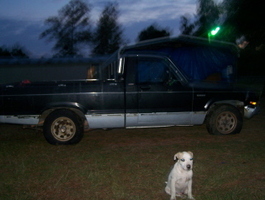 bought a new block and head.The block is bored 30 over and the head has a 3 angle valve job toped witha weber carb and pacesetter header stright to a D series flowmster

Shaved the door pannels, Put a pair of 92 Honda Civic buckets moved my CD player off the floor.

Kenwood Ez-500 head unit Audiobann highs and mids with a thumping pair of Kicker L5 solo squares on a 2200 watt audiobann amp. putting a 7.2 screen in the old cd spot.

Got to baggit and shave it also going to make the forntend stand out is some way? 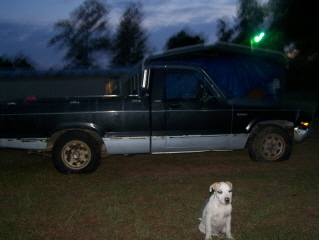