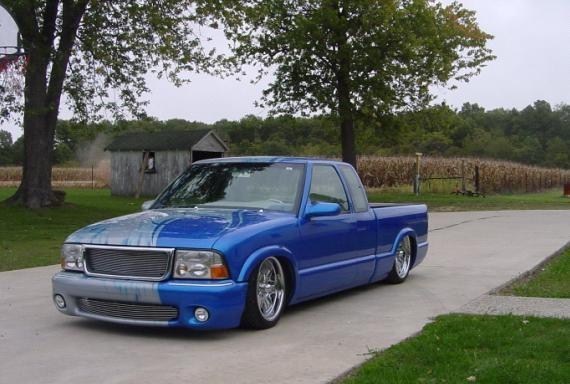 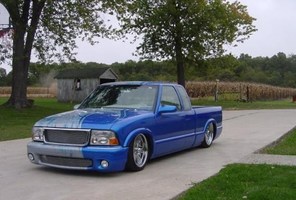 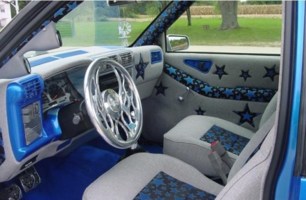 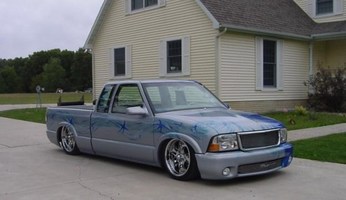 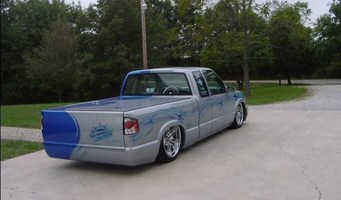 Debuted at California's premier summer event, the California Summer Truck Jamboree, receiving first place. Since then 20 more trophies have been added, including Best Paint, Best of Show, and 1st-3rd respectively. The truck has been featured in Kustom Kar

The stock seats were reconstructed using grey tweed, custom blue carpet, and star material. The door panels, dash, seats, rear wall, head liner, carpet, and the underside of the tonneau cover were all re-done. The bed was then completed with a custom colo

2 12" Eclipse Titanium subs and a Memphis Belle Amp held in a fiberglassed box painted to match my truck, with stars and tweed to make it match perfectly. Memphis speakers hidden in the doors, dash and in the back. Eclipse deck.

The truck was brought down road scraping using Firestone 2500 front and 2600 rear airbags on a de-arched mono leaf set up. The rear was tubbed in order to tuck the larger rear wheels. The truck gets up and down by way of 15mm SMC valves with front, back,

The front rolls on 18" while the rear rolls on 20" KMC Venom wheels. The wheels are wrapped in Bridgestone Potenza 35-255 series tires.

I plan on adding some places for license plates, may be at some point in time changing the front wheels to 20s instead of 18s. The truck is also for sale!! 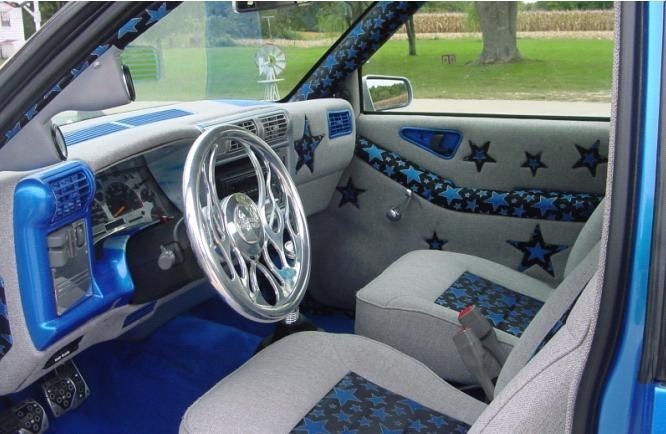 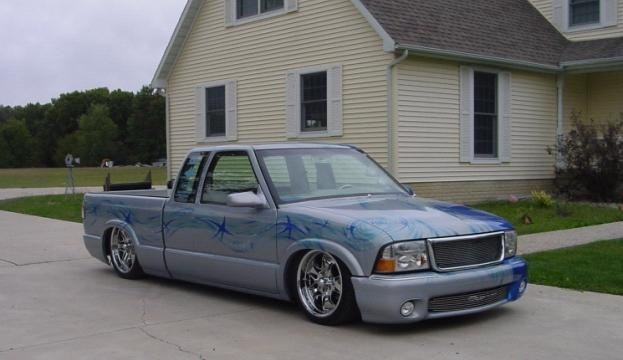 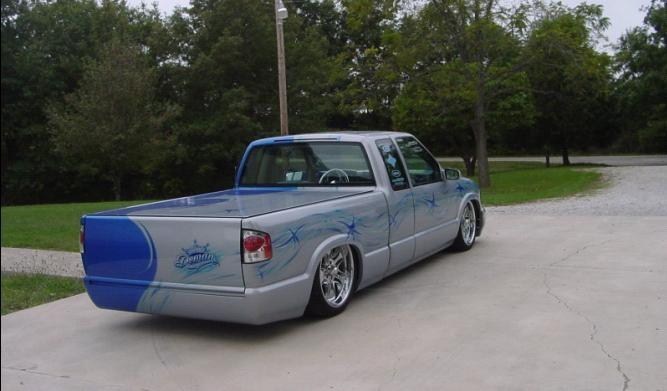 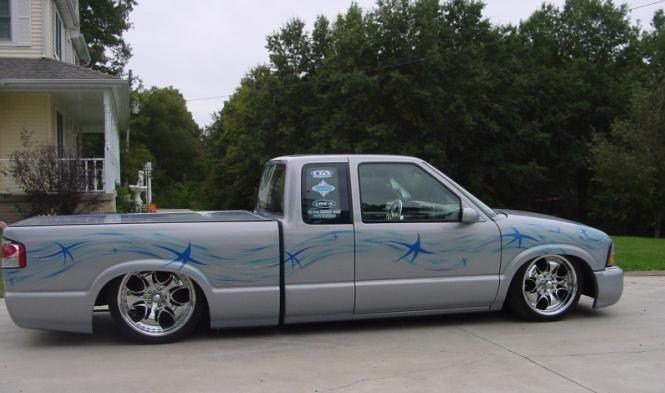