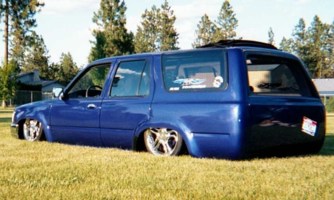 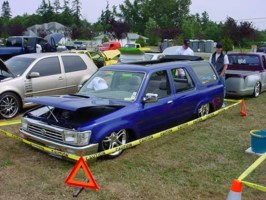 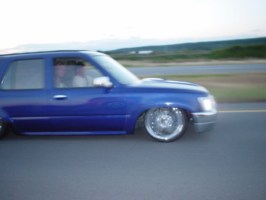 I have won numerous trophies while the truck was under construction including Lowest Truck. At its debut show put on by The Drop Zone in Oregon I received Mini Truckins Choice award which was almost as tall as the truck itself at IV FOOT 2INCHES! Look I

The 22RE engine is internally stock at this time but has been dressed up with a custom made intake, while the valve cover, timing cover, pulleys and miscellaneous brackets were sand blasted and cleared over. Several plastic peices within the engine compa

The body work of my IVRunner was all done in my garage, not a shop, so the first order of business was to raise the cab floor a total of three inches to allow IV the marriage of the rocker panels to the ground. To allow clearence IV the motor and to retai

Many yards of Tuxedo Grey tweed was used to wrap the entire interior which includes the dash, headliner, door panels, carpet and remaining plastic trim within the cab. The factory seats were then taken to the Recovery Room where they were sewn using the

To push sound waves through the interior of my IVRunner I am using a Pionner CD head unit and 12 Disc CD changer which controls the Rockford Fosgate amplifier. The signals are then sent to the Kappa highs, which are mounted in the door panels, and Rockfo

My IVRunner was born with a typical IVWD frame but to get it to the proper ground level it was swapped out IV a conventional 2WD chassis. The front lower control arms were raised 1 inch while the stock spindles were replaced with a set of dropped spindl

The wheels I have choosen are 17x8-inch Albas wrapped in 205-40-17 IVDY series Yokahama tires which tuck WELL within the IVRunners fender wells.

I am possibally gonna add some graffix but not real sure yet but until the next show season you will just have to wait and see. 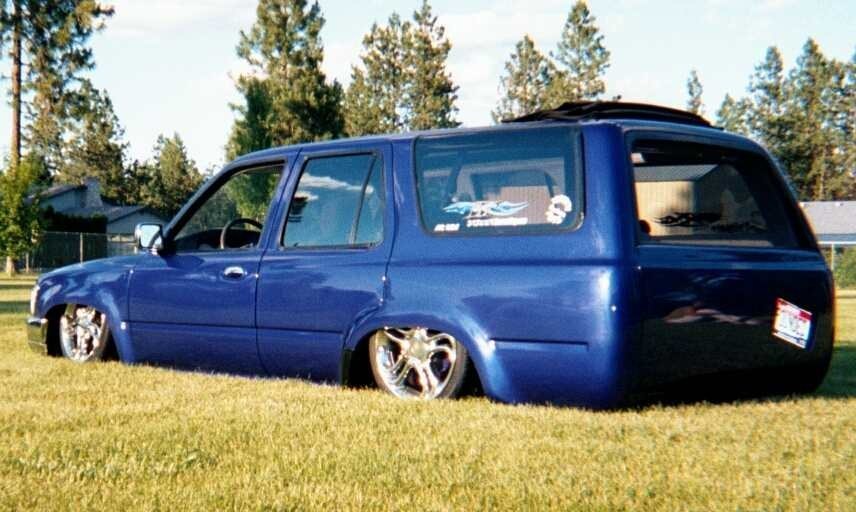 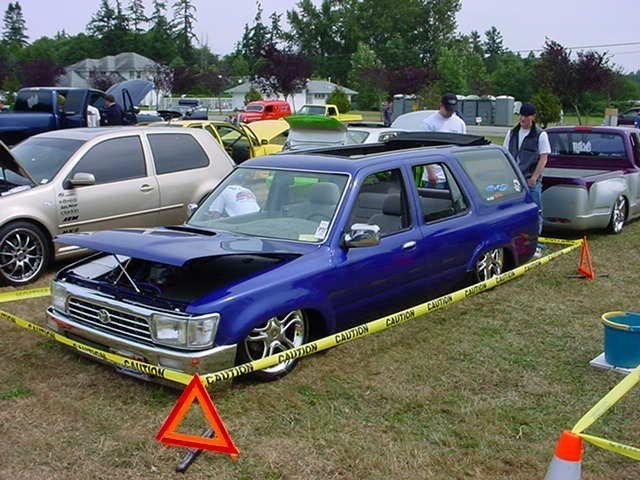 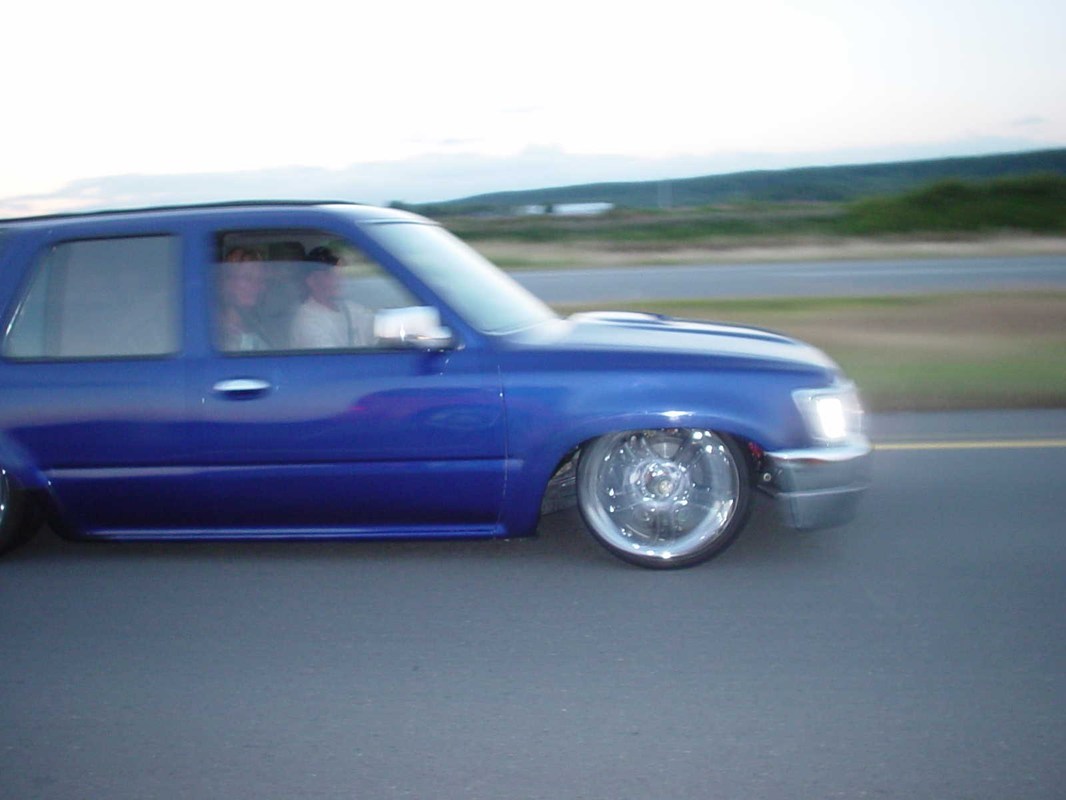 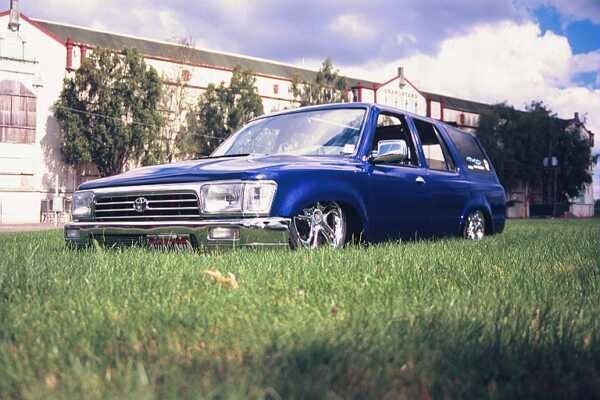